Action Cosplay: Supremacy is the Best

Supremacy is the mightiest of all heroines, and unlike many of her counterparts, no one has ever seen her struggle. All foes are quickly halted in their tracks before her supreme strength. However, there are some whose only thought is about finding ways to destroy her, and the State she upholds. 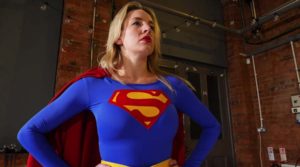 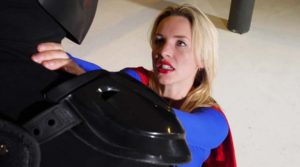 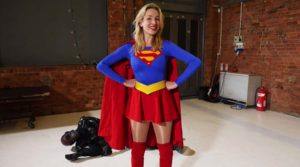 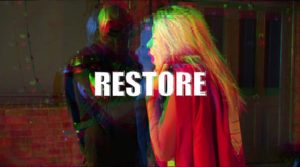 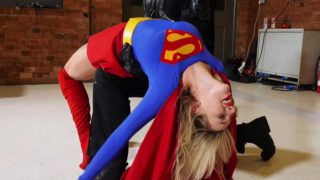 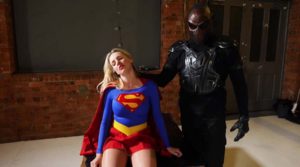 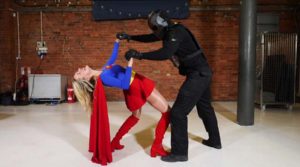 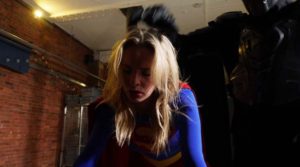 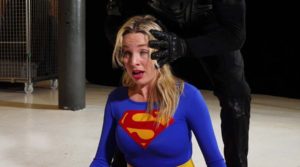 These dark forces have sent a powerful robot to go on a rampage to get Supremacy’s attention and then use all of its power to attempt to crush her in front of a TV audience, something that would hammer the confidence of the government Supremacy protects. Despite her surprise at the robot’s strength, Supremacy remains confident, she knows nothing of defeat but perhaps this is the day she learns that she may no longer be ‘the best’. 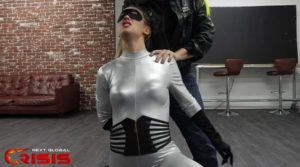 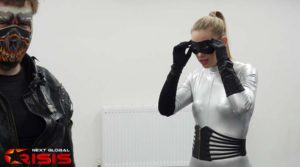 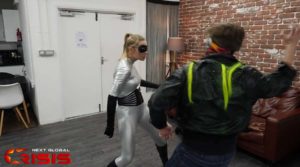 A thought occurred to me after watching this for the first time; Miss Freedom/Supremacy’s been in some seriously top-notch releases this year; “Trapped’, ‘Freedom Fights’, ‘Forever Enemies’, ‘Fake News’, ‘Training Room Alpha’ and ‘No Holds Barred’, not to mention her bouts in the Championship. It’s been a bumper year for the blonde beauty. I especially enjoyed her debut as Supremacy in Action Cosplay so I was really looking forward to this and I wasn’t disappointed; this is pure gold. Like Dr.Mabuse I was pleased at the suggestion that this takes place in the same continuity as some of the other… Read more »

Piggybacking off of Rob’s comment, because I’m really late getting to watch this and I agree pretty much entirely with what he write. This actress has had an amazing run this year, which is even more phenomenal given how long she’s been making videos with NGC. After all this time, MF videos still feel fresh, and I absolutely love seeing her as a different character.

When did Ms. Free….er, “Supremacy” gain an English accent?
Odd to see her talking like that.
Sad we won’t be seeing anymore of the Deja Vu actress.
She was a good one.

I think she gained it around the age of 2. But seriously, Supremacy speaks like that, Miss Freedom doesn’t, that’s how you tell them apart. Yes I definitely would have wanted to do more with her but she is far more interested in beating people up for real and couldn’t commit.

No kidding!
Well, that’s one for Ms. Freedom!
She fooled me.

Jeff
Reply to  Next Global Crisis

Wait, she beats people up for real? I’m sorry I don’t understand :-/

I took it to mean “she’s become a genuine masked vigilante, and that takes up all her time.”

She’s a high level Jiu-jitsu fighter, she is mostly interested in competing in that.

Jeff
Reply to  Next Global Crisis

WOAH, that is pretty frikin awesome. And really stinky she didn’t continue with NGC but hey if she enjoys jiu jitsu more then that is her choice, and it was good to have her for at least one episode or so

As always, thrilled to see Miss Freedom, no less so in her new role as Supremacy. I’ve been wondering for awhile now whether the Supremacy character was going to reappear and whether she would be in the same continuity as the recent Action Cosplay episodes involving Marvelette, Metro Girl, and Miracle Maiden, but the rhetoric of this robot suggests strongly that she is. That’s exciting, because this story is going in interesting places, based on those last few videos.

This looks beautiful. Does she die at the end?