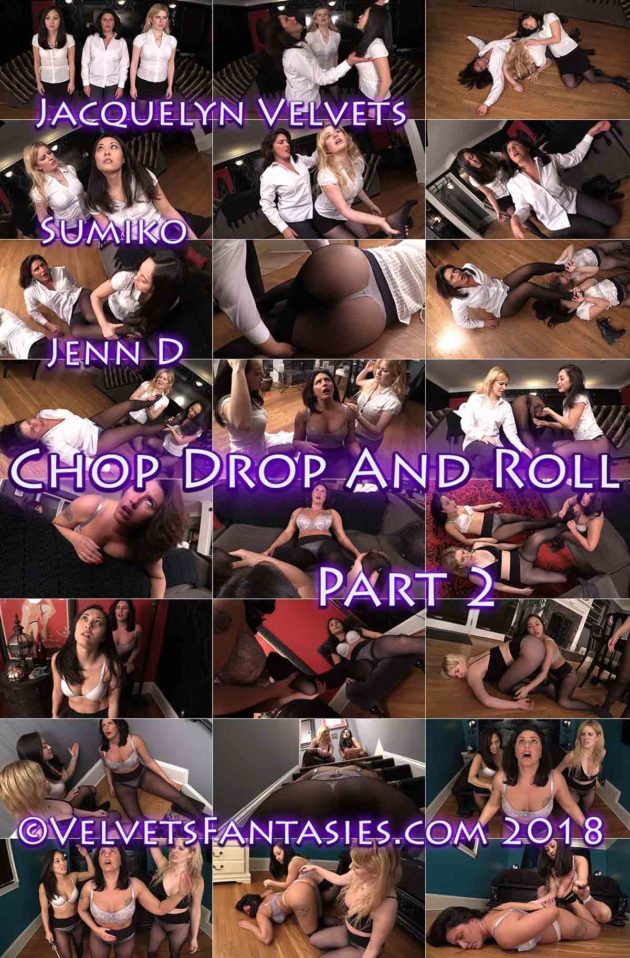 We fade in on three beautiful assassins/secret agents (Jacquelyn Velvets, Jenn D, and Sumiko) being offered a single promotion by their unseen bossman (SK), only to have an all-out battle erupt after said offer is made! The ladies nail a sudden triple KO that creates a beautiful body pile on the ground, sparking an intense three-way battle that includes a TON of sudden KOs (most achieved via either karate chop/pressure points), strip downs, outfit-exchanges, and more…until Jacquelyn and Sumiko finally decide to team up in order to take out the powerful Jenn! This leads to some dramatic and quick encounters, all culminating in a final bedroom showdown that ends with ONE agent betraying her partner and walking away with a treasured promotion! We get one last look at two devastated beauties before the camera fades to black… 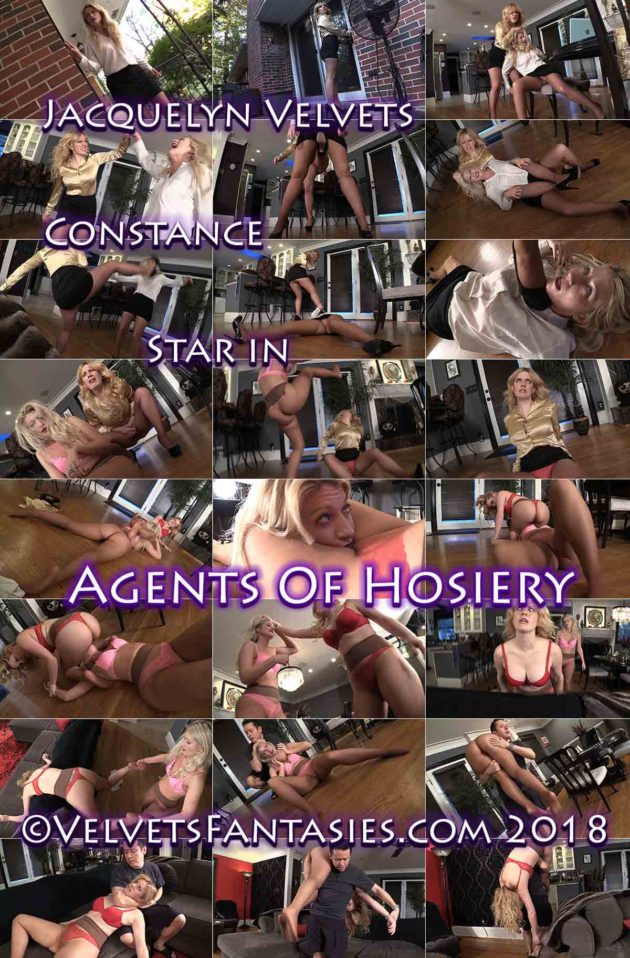 We fade in on two skilled agents (played by Miss Velvets and Constance) making their way into a target’s lair. As one finds the laptop containing their target info, the other attacks from behind, sparking a back and forth punch/kick-filled that leads to Agent Constance out cold on the floor! Velvets strips her rival down, but Constance strikes back, returning the favor with her own KO and strip session as the town struggle to be the last badass standing! The battle continues and seemingly ends with a massive knockout punch that sends one agent flying over the couch. Constance’s boss walks in, however, leading to a final twist that leaves both agents out cold and carried back to base!