“Out of Luck” and More from Velvets Fantasies

We fade in on a brand new VF heroine (Lady Luck…played beautifully by pro wrestler Laynie Luck) as she makes her way towards her nemesis…a man known simply as CONTROL.  After kidnapping every heroine in the city, Miss Luck is its citizens’ only hope, but as she makes her way towards the building’s entrance, the evildoer appears behind her and immediately hypnotizes her with a high-tech mesmerizing mask!  He forces Lady Luck into a deep sleep and carries her into his home, where he proceeds to play a vicious series of sleepy/hypno/freeze games with her, throwing in some limp play and carries just for kicks, all before revealing that SHE is the one who sent him to jail for 5 years…and his endgame is vengeance!   After a final and brutal beat down, Control uses a heavy sedative to put Miss Luck out for days, carrying her off so she can join her friends in permanent captivity!! 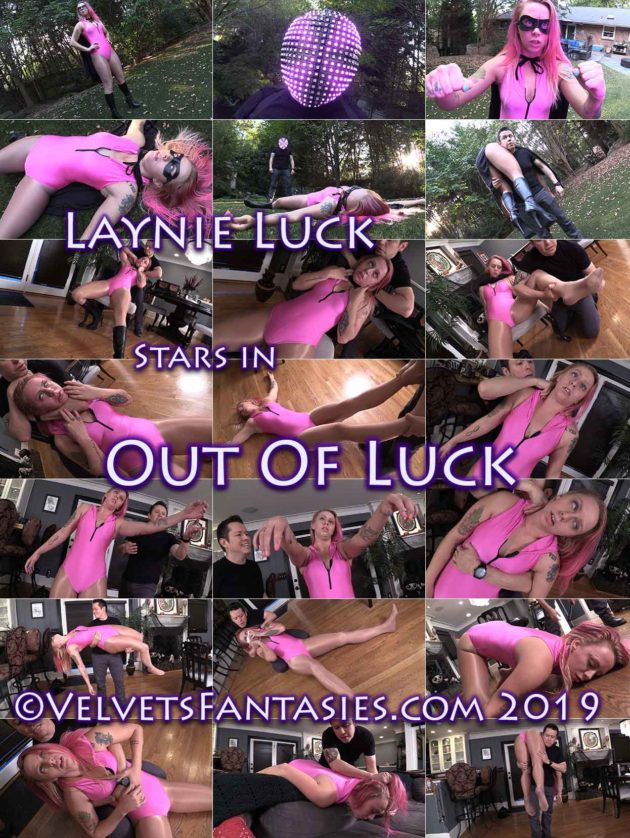 Immerse Yourself with: Terra Mizu

In this virtual reality program, you are given the opportunity to to indulge in your wildest knockout fantasies with a couple of larger than life comic book characters played by the statuesque Terra Mizu! In the first scenario, you put on your VR goggles and are granted access to a case filled with KO implements of your choosing. When you scan the empty living room to find your opponent, you see a figure quickly blur in front of you, and it appears she’s on the hunt for someone or something. She zips around the room, each time getting a good look at her shiny spandex red suit as she bends over, careful not to disturb her, until the moment when she speeds right into your grip! Terra proves to be not only fast, but feisty and strong, and you first test her strengths with a couple of belly and face punches that send her soaring to the floor. Once she’s unconscious, you take a better look at her, and decide she’ll need a healthy dose of chloroform to keep her subdued. You even go so far as to magically remove her spandex outfit, revealing a sexy red two piece lingerie, and from there enjoy slowing down this speedy girl so you can have your way with her! 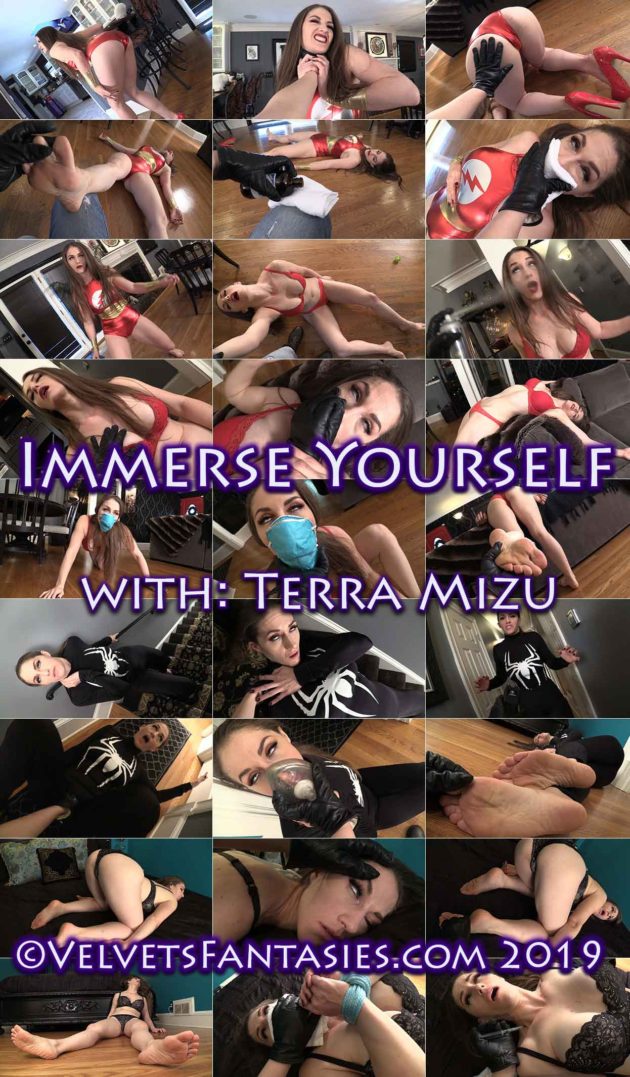 In the second virtual reality program, you are confronted this time with another defiant character played by Terra Mizu. This time, you catch her off guard by pummeling her down the stairs with a brutal neck chop and a nerve pinch KO, and you take the opportunity to feel her sexy body in the skin tight spandex suit. This little spider is going to be fun to play with, but she’ll need a bit more of a drastic measure as she discovers you in the hallway with a taser. You send her pulsing backwards until she falls to the floor, this time sending a jolt right in her crotch! When she makes it to the bed room, you strip her down into another sexy two piece lingerie, and enjoy playing wake up and knockout games with foot pressure KOs that really show this spider who’s in control! To seal the deal, you bind her hands and put her through the ringer of teasing knockouts, groping sessions, and watching her once confident self turn into sleepy putty in your hands!

Both videos look great but I have to say Terra has become one of my new favorites over the past few months and I’m very glad she is in one of these videos, thank you!