“Infected” from The Battle for Earth

Swan uses her telepathic powers to locate Condor, a villain the old Swan barely survived when last they met. Condor is more than prepared for the new Swan and has a host of technology ready. Although Swan barely ekes out a physical win, Condor uses an electrical stimulator which injects nanobots directly into Swan’s power center. Weeks later, Swan still can’t control her arousal and knows she must confront Condor once again. He’s naturally expecting her. Find out what tricks he has in store for her.

i’d love to see a review of this one. i love bella and she’s about as close to a must-buy as anyone can get. threshold of pain is easily one of my all time favorites and i’ve been a fan of the genre for many many years. having said that, i bought the last blue swan bella flick and it just wasn’t for me. i was disappointed because i love the blue swan character and, as i said, bella is one of the best around. this one seems like it’s probably more my tastes but i’m curious what others thought.

Will we see a sequel to this movie? I mean “Infected 2”? This will be great.

Finally, good movie for a while. Uncovered ? – I was disapointed. In latest movie Rita was amazing but all movie no. But now good work, amazing movie, amazing sexual content, amazing Bella!!! I need to ask because I’m a little worried. When we see Halsey Rae again? The last time when we see her was in October 2020 in The Chamber part 2. Aslo will we see Lexi Belle, Rita again?
THANK YOU FOR “INFECTED”!!!

Now there will be issues that even major produces and customers have and will go through now and in the future Just a little bit from my own supporting of this and others that go through it Unless it has a deadline special release or sale I always wait a couple of days it not a matter of life or death is it ? This forum has made me buy videos or not but having to read this Transaction Is not or maybe it’s why the one who created it is kind of done with. You have a buy =… Read more »

Confusing the way you speak is.

Same thing for me, too! I wish I’d read these comments before ordering.

Thank you! I appreciate your quick attention to this!

Then hmm do it
You don’t buy a car just because the advertisement. . . Do you ?

Same thing happened to me (as with Ghrawl). Purchased, and when I clicked download, led me to 404 – File or dierectory not found.

what happened to my download? I dont want to pay again

I love Bella, but man i’d love to see TBFE do a video with Nicole Kitt. Holy sh*t this girl is a smoke show!
sorry i know this is off topic but just discovered this beauty in the superheroine genre… 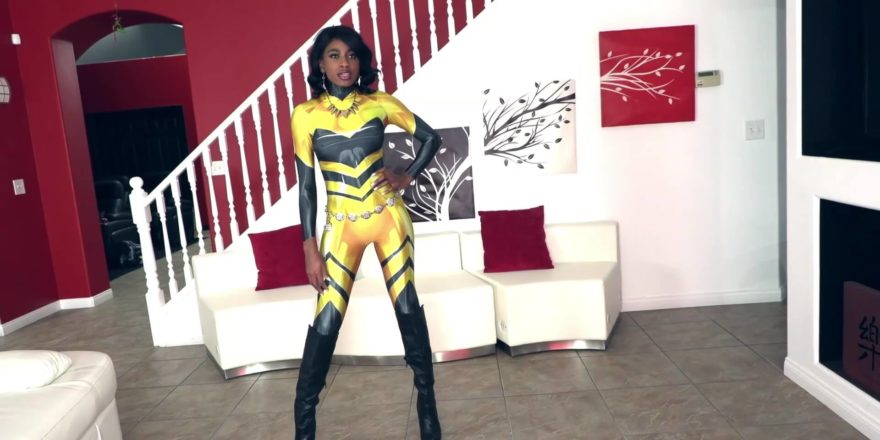 Oh no need to apologize. None at all. Wow.

Commissioned this custom as I like Bella and the work that TBFE does, and was not disappointed.
Bella is very easy on the eyes as usual, but also turns out a superlative performance. She especially does the KO and peril well.
TBFE as usual, great camera work and editing
Well worth the money

Looks great but i miss her girl girl vids.

halsey rae where?? I miss her.

Me too! I really want to see her again.

Awesome. She is my fave. Bella is great at internal monologue. Love her voice.

Looks great. I am really enjoying Bella in the role of Blue Swan. I hope this series continues and I’m looking forward to picking this one up.

this looks awesome, does this set up for a sequel?

I’m a huge Olive/Ashley Lane/McKenzie fan but Bella is definitely crashing that party. She’s stunning, she looks like a heroine, and a seriously committed performer. She’s a great find.

Does she die in this one

Love the premise of this one, the trailer looks great

I love that you guys call full nudity with the long ass boots on. It doesn’t have to pay attention to feet but it’s nice if it all came off 🙂 other than that love the content.

Love the cradle carry!!! That is perfect