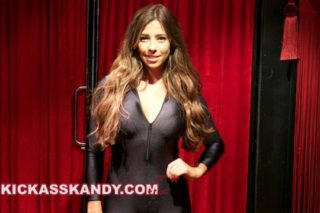 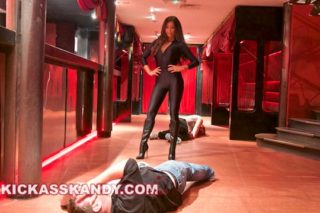 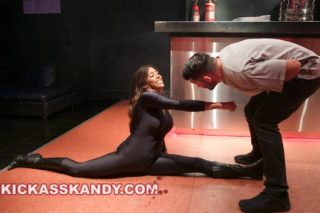 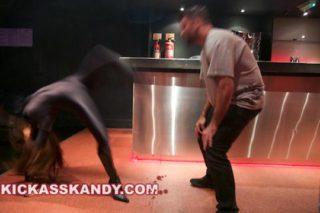 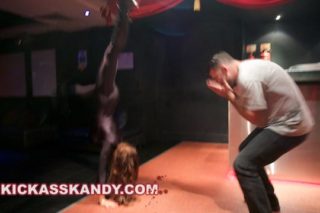 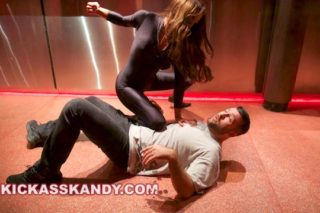 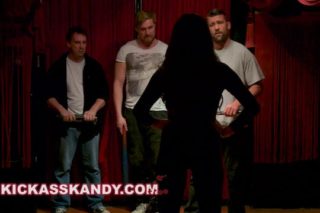 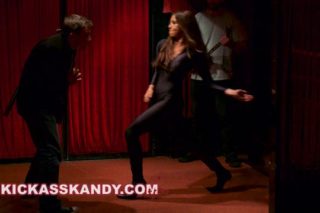 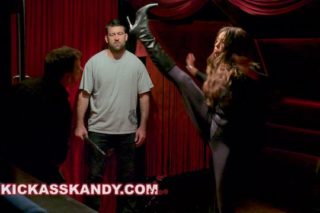 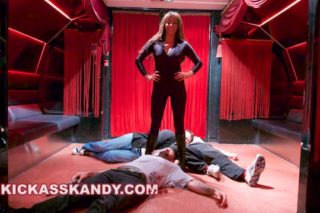 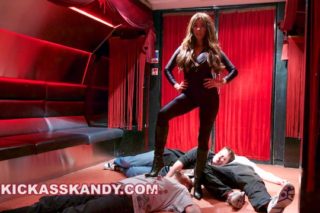 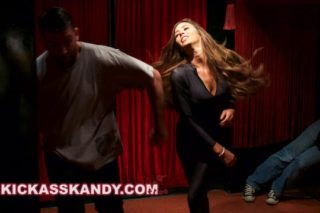 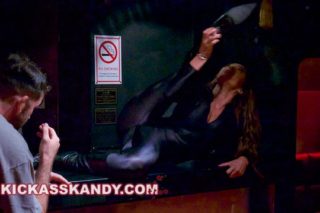 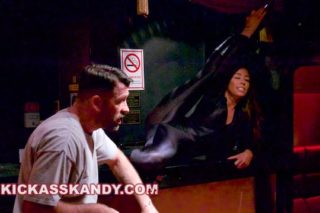 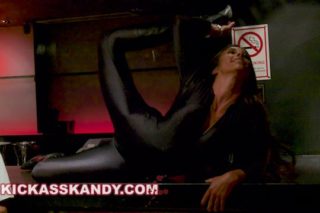 Without going unnecessarily deep into things, it’s a classic Diva installment. It’s a girl power beatdown. Diva looks amazing in a full-body catsuit, and she moves like a gymnast. The synopsis from Kandyman pretty much says it all.

Devil Diva breaks into a well known gangster’s safe and steals a shed load of priceless jewellery, the only thing is, she gets caught red handed… it’s as if she wanted to kick ass all along!

After delivering a series of humiliating beatdowns to the two henchmen and then the boss she swaggers out….only to be confronted by all three men at once, they have bats but she has boots.

Before I finish up there was one other Diva related thing I noticed a week or so back. Anybody else see this post on the NGC blog?

For those too lazy to click, there’s a picture of Diva taking on Hitwoman and a caption that reads as follows: “Diva actually survived this encounter… I wonder what she’ll do next?”

It’s actually the last part of the caption that caught my attention. Is that confirmation that there is more Kandy Crisis on the way. Am I reading too much into things? I hope not. If you haven’t seen it, Kandy Crisis 8 was one of the top three Kandy Crisis episodes. I always felt it flew a little under the radar with AJ’s return and the spectacular Episode 7 getting most of the attention.

If you’re a fan of F/F fights, this is must have. It’s also Diva’s best performance. She hit a new level in this.

I avoided this vid because the KAK description and this one make it sound like a complete one sided beatdown. I thought Diva looked absolutely amazing, but I’m not up for spending money unless there is some back and forth action. A brief review on the KAK site piqued my interest though, so I picked it up. Surprise, surprise, there IS some back and forth fighting in it. Diva is mostly in charge, but she also faces some stiff resistance on several occasions. Glad I bought it. And to KAK, again, please try to let us know if vids are… Read more »

More Kandy Crisis? If I were a betting man I’d probably put a few quid on it 😉