As Celestia and Candy Race head to the ring they of course expect a difficult fight. What they get is beyond their worst nightmares. 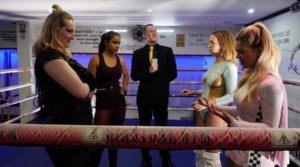 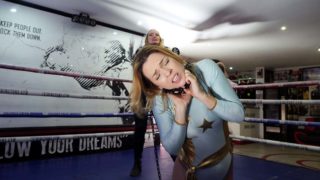 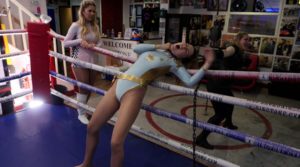 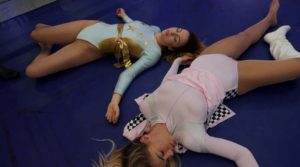 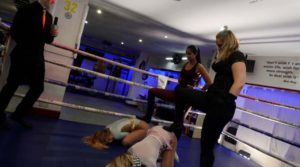 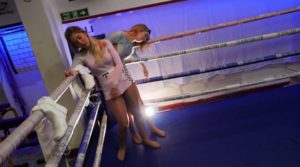 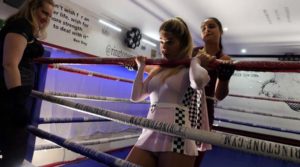 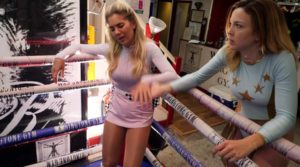 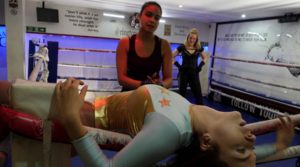 The cruel stipulations of the battle see the heroines strength halved while allowing Myanna and Sister Fate to carry weapons. Whoever ordered this battle wanted the purest of beatdowns and they get it in spades. Neither Celestia nor Candy have been treated so poorly in the ring before. With no hope of victory they are utterly defeated and humiliated for the twisted enjoyment of their sadistic foes. How bad does it get? Bad. 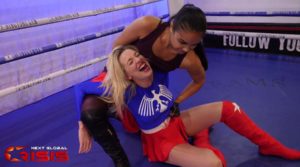 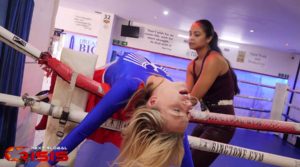 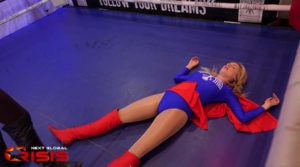 To go alongside ‘Unfair’ any member who purchases within 48 hours of receiving the members email will also get unseen video from 2018’s ‘Target Practice’ starring Miss Freedom. If you wait longer than 48 hours this extra video will be kicked into touch.

I really enjoyed this episode! It doesn’t hurt that it stars two of my absolute favorites. I could’ve watched an hour of this. I think there should be a new “Unfair” series where all our heroines are placed in similar situations

Lol. I’m glad you enjoyed it. Looking at the scope of the comments you can probably all see how easy it is to do right and wrong at the same time!

I will try to release a strong showing from the Heroine and a one sided defeat quite frequently… And everything in between!

Wrecker
Reply to  Next Global Crisis

You guys get the formula right far more often than not in my book. You can’t please everybody all the time but I believe you do try to please as many people as possible as often as you can, and that is pretty damn commendable.

Now that I’ve watched this a couple times (and I got to say that it keeps on getting better and better with each repeated viewing) one thing that I don’t get is what does it matter that Candy’s strength is halved. She’s The Equalizer. She can equalize her strength to match that of her opponents. Lest we remember that boastful claim she made in Iron Curtain when she says that strength is the easier power to replicate.

I wondered that myself, in fact I also wondered if she’d be able to ‘Equalise’ Sister Fate’s clairvoyance.
(Although I suppose that would end up in dead-lock; they both know what the other is going to do….ever seen the poison scene in ‘The Princess Bride’? 😉 )

As I understand it though, Candy can only ‘equalise’ against a super powered opponent. Maybe Myanna and Sister Fate are just naturally strong and not ‘super powered’?

But Myanna and Sister Fate being naturally strong shouldn’t matter. Watch Iron Curtain and within the first two minutes Candy indicates that she can easily replicate the strength of the Crown Prince’s “Demon Robot”. A robot that had no power and was just strong in it’s own right. Same concept should apply here.

Imagine a plug socket that suddenly only delivered half the voltage it normally does. None of your appliances would work.

So the idea at play here is that since Candy’s at half strength her Equalizing power no longer works then. Alright. I’ll buy that.

Great video, love the pin at the end

Lots to enjoy here. I do agree with the comments about the pacing of the fight, especially early on, although I think that’s more to do with the nature of the bout; Sister F and Myanna are clearly in no hurry and Celestia and Candy Race aren’t in the position to be a serious challenge to either of them. I think the characters have been particularly well chosen for this battle, in that they’re almost mirror images of each other. Sister Fate’s matter of fact, almost blasé attitude is matched by Celestia’s cool, calm detachment and Myanna’s cruelty and hatred… Read more »

I’m going to start by saying I love NGC, and always enjoyed how they managed to mix some peril items in with an actual story/plot that also saw the heroes win from time to time. That having been said, I think honestly lately they are starting to head to far down the heroine’s always lose path and the story is losing a lot of steam because it just seems like no matter who the character is, they are all built up to be these super powerful heroines in lore/story but then get their asses handed to them every single time… Read more »

It’s tough because, On one hand, canonically I think it would be better to build a character up through several tough wins before she has a big defeat. Like have a heroine overcome the unfair odds which makes the villains all the angrier and shows the heroine has great will. Then again, what I love to see is heroines get beat down, humiliated, and see them lose, and I only have so much cash to spend on these videos. These days I pretty much keep my cash saved for a few select characters and I’d kind of feel my money… Read more »

I agree with you, to an extent. Of course I have the benefit of knowing what the next couple of months are going to be like, so I can say with confidence that the heroines have some strong fightback moments. Producing this stuff is always a bit of a see-saw, it is almost impossible not to drift into doing too much of one thing and then too much of the opposite straight after. This one is VERY one-sided. I’m not sure we’ve had one like this for a couple of years. As far as doing this because it makes money.… Read more »

Redmountain
Reply to  Next Global Crisis

Thanks for the view inside and as I said, truly do enjoy your videos and pick up most of them. Keep up the good work.

Dr_Mabuse
Reply to  Next Global Crisis

I’ve got a few thoughts about this. In general, I think the heroines do pretty well for themselves in NGC videos, but not so in the Championship. In fact, the Championship series is almost like a separate space where the heroines tend to lose (not be totally decimated, like in this video, but lose). It may not have been designed that way, but due to the voting patterns of visitors and the development of the underlying story, if a good girl is facing a villain or villainess, it’s almost guaranteed she’s going to be defeated. And yes, I’ve grumbled about… Read more »

This one checked a lot of boxes for me. One-sided beatdown, de-booting and two gorgeous heroines that sell peril well. Easy purchase for me and I rather enjoyed the video. While the photoset was nice, I’m hoping to see Dreamweaver in a new video of her own here soon, because I loved her debut.

I’ll be completely honest in saying that this fight didn’t really connect with me in the way I hoped. This is partly because as Dr Mabuse said, it’s slow in the beginning and kind of slow overall, partly because of how I felt the fight was structured and partly because it felt like the camera was on the wrong side of the actress’s face half the time. Clearly I jinxed it when I said NGC had perfected the art of on-sided affairs so from this point on I’ll just keep my mouth shut. The one thing I did like? Candy… Read more »

This one’s a bit slow getting started, but once it does it’s just marvelous. The Championship matches always seemed to be stacked against the heroines, but it got more obvious over time and now that we know the background we’ve seen matches explicitly rigged against the good girls. That’s what happens here, and even though there’s no suspense at all about who’s going to win and the heroines spend almost no time on the attack, it’s still totally engaging. Both heroines do a spectacular job acting their uncharacteristic weakness (with their strength halved). Celestia’s face registers terror as soon as… Read more »

I hope there is another Dreamweaver in the works.

Golden Hornet…now there’s a character I hope they bring back at some point.

Wow… It looks like Christmas is coming a little early this year!

The only thing I love more than a debooting is a partial debooting.I hope we get to see candy race try to fight back with only one boot on.

Yes, she does try…

This comment its so important! The studios need to know that one boot off its more sexy than a full debooting!

As much as I complain about my favorite NGC heroines losing from a story perspective, there’s very little I enjoy more than watching my favorites end up in complete one sided disasters from a peril standpoint. And NGC has seemingly mastered the art of these one sided beatdowns. Really looking forward to this.

Yeah, ordinarily I wouldn’t get too excited about a completely one-sided demolition match (I like some back and forth in matches) but for this foursome I’m more than willing to make an exception.

Once again, the best studio did it.