“Reprise” from The Battle for Earth

After Blue Swan’s demise, she wakes shocked to find herself inhabiting another body. She does her best to acclimate herself to her surroundings but before she even has a chance, a familiar nemesis shows up. The transformation to a new body has her fully unprepared to defend herself, and she quickly finds herself captured and at the hands of RB.

RB was tipped off by somebody, and the new Swan does not realize what she is in for. She manages to defend herself against RB’s combat, but he is more than prepared for anything she can offer up, and it is not long before she finds herself in well over her head. RB smells blood and realizes he can take full advantage of the helpless heroine before giving her a permanent ending. Find out if she survives.

Another one gone to soon way August Ames. She was smoking hot as WW with Olivs Glass as a villian. Poor video quality and bad camera angles kept movie from being as good as it could have been. Not being over critical but anyone with a cell phone could have been better seriously

lol no. Bella is still alive

Anyone having a problem with downloading it?

I bought this cuz the actress looks so good in that costume. Great acting and directing some really great scenes. 4 out of 4 stars.

On the topic of favorites, I’ve grown to love Bella. Her facial expressions sometimes are awesome, really expressive. I agree Gigi, Alina, Kacey, etc. were all great as well.

Honestly I was never a big Coco fan. She was good, but way over used and found her whimpering at times to be distracting.

Going back a ways, Mercedes (?) from punished heroines like 20 years ago was awesome too. As was the girl who played Justice Girl in the original original Rye videos. Gone too soon…

HELLO EVERYONE, I watched the movie Wonder Woman 84 and had a moment of inspiration and wrote a story. It is a short but completely original story, it is something never before seen in the genre, it requires a high acting commitment and a different way of approaching the shooting, it is something more artistic and with a different production montage. I can’t pay for a custom video so I’m looking for someone who is interested in the story and willing to fund the project. I tell you this story does not contain any fight scenes or scenes of physical… Read more »

Gigi Allens is awesome but hasn’t done a movie in a while. On pure hotness Kacey aka Paris Dylan was the hottest wonder woman. Her acting was mediocre but when ya saw her who gives a dam. She was so hot she didn’t even need to go nude or simulate sex. Amazing girl vs the machine or Amazing nightmare. Look her up, I double dog dare ya!!! LOL Still got A Christmas story in my head.

yes those 2 videos are awesome and they still get me going to this day. i miss kacey preston alot. also, i really think bella can act so well. i boughteveryone of her m9vies and i subscribe to her onlyfans. “test subject” is my favorite movie bc she had good chemistry w the male actor. disgust, fear, defeat, and offering her body to mate w the monster– too good!

Ok, I love Bella! I loved her as WW but was not crazy about the costume. This outfit looks perfect on her. Shes so beautiful and has such great acting ability. I put her up there with coco and Adrianna Chechick. I’m sure that’s misspelled. I know noones getting an oscar in these movies but it just shows a descent script and some emotional reactions go a long way.

So many great performers in this genre over the last couple years. Mia Malkova, Mackenzie, Lexi and Bella are all just tailor made for my tastes, and people like Lucy Westerna and Xiphos just play the parts so well they make anything hot. Several others in the past years were also phenomenal.

Gotta say, Bella might be my favorite of the bunch, although I’ll buy pretty much anything that any of these ladies are in within the genre. When she wore the WW costume it was basically peak SHiP for me.

Is it just me or Bella looks a bit like Coco in this one?

Me too, especially still #4. But Coco was in everything for awhile so I’m grateful Bella came along.

I think Coco’s successor can become Alina López, but I don’t think she takes this genre seriously, at least not at the moment.

I really think of all actresses, Bella Roland takes the genre very seriously and gives us good performances.
Thanks Bella and Thanks to TBFE for trusting her

100% agree with you. I have the same opinion about Lexi Belle (great 0.57% unknown and destroyed). I hope that we’ll see her in next year 🙂

First we wait for natalia solaria. I don’t understand why we have to wait so long for this movie. Will be great! Whoever agrees, like this comment.

That’s right. I also wait for natalia solaria, and after such a long time I lost hope that we’ll see this movie 🙁 . Great actress, great costume, and great sex scenes I think.

Man, Natalia Solaria is the most beautiful actress in this genre. I also don’t know why we wait for this that long. I will wait yet, but if we don’t get it in january, I will lost my hope. 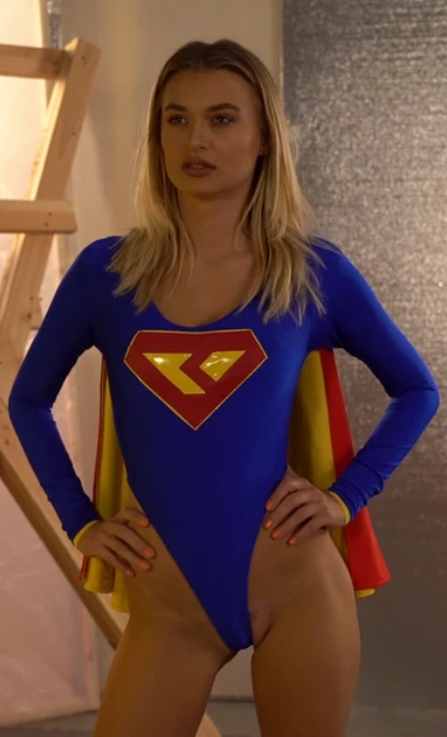