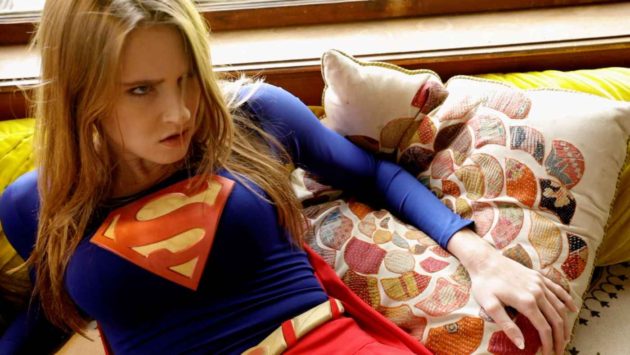 Filming/Shoot Date got rescheduled to Early September. Last minute issues with the location and talent scheduling (5 Actors will be in the film) made me concerned that we wouldn’t be able to deliver a high quality product. This doesn’t change the delivery date of the final product, as I was not intending to release the film until late late.

Despite that setback I have a secret film that was shot in late July that hopefully some of you will love. I am excited to unveil that later this year. 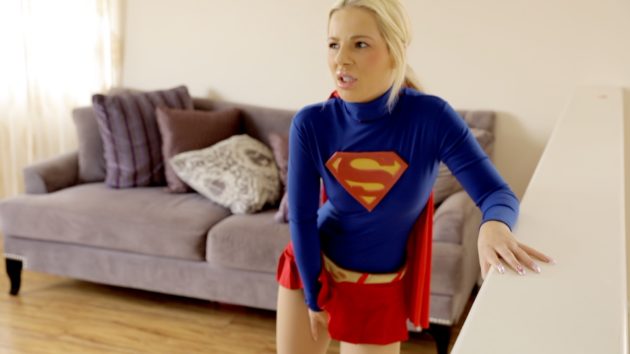 Uninvited 7 so far seems to have a positive response. The last day of sale will be tomorrow and then I am pushing it up in cost. So please do pull the trigger now as I don’t want to receive to many email about missing out. I hope you guys enjoyed the new actress, if you want to see her again in the future please be vocal about it. Do note the actress will probably look different in the near future as she will be getting some work done on her nose in a month from now. I think she looks killer in the costume personally, so I won’t mind working with her again.

I am so grateful early this year then you all allowed me the budget to make U678 back to back. I don’t know how many of you were interested in doing something similar again for this upcoming year of 2020 but here are some ideas I have.

Minimum production cost to shoot all three films would be $7500 dollars. That would mean I would need 75 of you willing to preorder all three copies for $100 bucks. So… how many of you would be interested in making something like that happen?

I would prefer to get financing for all three films at once as my day job does not allow me a lot of free time to schedule this kind of work. So ideally I would take a week off of work and shoot all three on a mini vacation from my day job.

So grateful for this last year in the genre. It has been wild and crazy for me, and if we can do it again next year, I am all in.

Damien, is U8 still scheduled for a late September/early October release?

I have purchased a number of the Uninvited series and while I enjoyed them all, there was just something very unique, primal about the original Uninvited with Ariella Ferrara. It is one of my all time favorites as well. I almost feel like whenever I purchase one of the Uninvited films, a part of me is chasing and searching for that same magic from the original film. Great series. Uninvited 10 is an automatic purchase for me. I will definitely keep my eye out for the other upcoming editions as well

For my proverbial two cents, or literal one hundred dollars, give or take, I’d be completely in on an Uninvited WW that went along the Fausta lines. I am slightly baffled by the fact that we don’t really have a great Fausta perils WW video. We get ‘Fausta elements’ or the like, but why not just extend the classic premise? My opinion is that Steve Noir has come the closest to what I’d like to see with his ‘Amazon: Restless Sleep’ production. Just a thought. I am also aware that my user name might tip my pitches in terms of… Read more »

For perhaps a pretext to the WW/BG Uninvited, perhaps something like this: The uninvited aspect of this video would be the heroine arriving uninvited. She needs to get information from a villain but isn’t sure how. The opening scene would be of the heroine talking to another heroine (maybe a young BG talking to her mentor heroine) asking for some suggestions. The mentor heroine tells her she needs to start using her body more to distract villains. In the case of needing to get information from a villain, the mentor heroine admits to having seduced villains into giving her information,… Read more »

Speaking for myself, I’m not very keen on scenes of the heroine seducing the villain as a strategy for gaining information, or as a way of stalling for time, or anything of the sort. I’m also not a big fan of the “heroine’s body betrays her” style of scene. Of course, there are plenty of people who do like that, as made clear by this request. But, while other people’s tastes are just as valid as mine, I would point out that the Uninvited series has been more on the hard-edged rape side of the spectrum, and I would like… Read more »

I absolutely agree with The Lecher keep the theme to the Uninvited series and more in line with U 6.

Uninvited 6 has a wonderful story and a great cast of actors. However, I did not enjoy the sex scene in the movie. I am only speaking for myself. I do not find it erotic for a woman to be crying and resisting for the entire sex scene. I prefer the women to eventually surrender to the villain. A person with immense power surrendering to the victor is a huge turn on for me. It goes along with the fantasy of putting a powerful person in his or her place for the viewer’s pleasure. There are many ways to use… Read more »

@GeekyPornCritic there are many producers who do that already, the heroine not liking it all the way through is a rarity.

That’s irrelevant. It does not matter how many producers are doing something. That’s what I want in movies. The amount of that type of content doesn’t change that I like it or want it. Sure, it’s a rarity for heroines to hate the experience for an entire movie, but I do not have to like it. It’s doesn’t matter to me. I don’t like it when the heroine not liking it all the way through. SHL could add new dynamics and ideas for a heroine who surrenders to the pleasure. What if the villain is secretly filming a sex tape… Read more »

If there’s a particular story you want to see, you can always order a custom video. Damien has done pretty well, so far, with the theme which he’s been using for the Uninvited series. Clearly, a lot of people like it. And the feedback from Uninvited 6 was pretty positive, based at least partly on the hard edge to the sex scene. But, again, he has demonstrated a willingness to experiment with other themes and styles, so perhaps he’ll want to take a chance on one of the three films in question here. I guess we’ll have to wait to… Read more »

Would LOVE to see Aubrey Sinclair or Alexis Monroe in the classic Supergirl outfit in an Uninvited video! Either would be stunning in that role.
And the idea of a Wonder Woman and Batgirl video would definitely have me in. That said, the quality of the costumes is critical for me. And if possible, have the heroine taken with as much of the uniform on as possible (love seeing the uniform on as that keeps the super heroine fantasy alive for me).
Thank you for offering the opportunity for this!

Definitely in for all three. I’ve purchased all of your previous films and have enjoyed them very much. For Batgirl, one of my favorite SHIP videos is Lee Carl’s Dark Maiden – The Trap, which starred Ashley Lane. I thought she looked incredibly sexy in that black suit. For your Batgirl video, are you envisioning the black suit or the purple one that is often used? I personally do not find the purple suit attractive or sexy, but I’ll support you either way as you are awesome!

um yes to all three, instant buy if you go the unitard route for batgirls and I would just buy two downloads if you go with a WW dive suit outfit you deliver a lot of hose work theses days so a revisit to Ariella with hose left on this time and the same sort of scenario as you had the first time would be amazing im in and a repeat pre sale guy for sure.

I would definitely be down to preorder all three of those for $100.

As I mentioned in the U7 comments, I’d love to see Lauren Philips as Batgirl, but Lecher’s suggestion of Penny Pax is also a good one.

Actually, I suggested Penny Lay. Penny Pax is a good performer too, and she’s done a lot of rough scenes. And she did play Batgirl in one of Axel Braun’s parodies. Penny Pax is a Spiegler girl, though, so it would probably be easier to book either Maya Kendrick or Penny Lay, since they’re both self-booking.

Oh yeah, totally misread that, guess I had the wrong Penny on the brain. Penny Lay would also do a good job.

Uninvited BATGIRL is an instant purchase for me — although the right actress is KEY. Babs has to be defiant and a goody two shoes right to the end.

which video did Key?

After seeing Ashley Lane in Uninvited 5 and 6, and with her starring in Uninvited 8 and 9, I would rather see other actresses for the next few releases.

Penny Lay might also make a good Batgirl. She also has previous experience in SHIP and has done rape scenes.

I would be in again for the three assuming it is more like U 6 in tone.

That being said, my travel plans for the next two months means a tight budget between now and the end of September. If this pre-order will still be running in October, you can be sure that I’ll buy.