UltraGirl has been assigned as the jailer for the criminals that took down her twin sister Patriot Girl. After roughing them up, UltraGirl lets them go crazy in their cell which is a recreation of the lab they defeated Patriot Girl in. The Government seizes the moment and uses the inmates to take care of their biggest concern, UltraGirl. Their bodies are enhanced and pumped full of GEL making them impossibly strong. During UltraGirls next visit she notices a major shift in their personalities but before she can really understand the gravity of her situation they jump all over her grabbing and pawing at her virgin super body. UltraGirl manages to break free and lands some great shots but it becomes clear that she is simply outmatched. The men brutalize UltraGirl, breaking bones and then sexually dominate the gorgeous heroine. After UltraGirl is thoroughly ravaged she is left alone with the older inmate who chloroforms her and explores her body without too much interruption.

Thanks everyone! Glad you guys are digging this installment. This is the first of many custom orders with Alicia and Im editing them at the speed of Rye 🙂 If you are interested in discussing an idea with me go ahead message at TheRyeCustoms@gmail.com

I believe a Wonderous Woman custom is coming out soon and we also have some amazing releases coming from the UK team!

If I may ask rye , how soon is wonderous woman custom will be released? I’m guessing new actress ?

Is Alicia in any other films outside of this and Patriot girl coming out later? Love her work!

Last edited 1 year ago by greggers
0

Rye!!! Great another movie. You’re on a winning streak. Personally, I think this streak started with the Alina Lopez movies. But I think the Xiphos movies are also great. It is a pity that she does not appear anymore.
What will be another movie? Who will be leading actress? When we see the next movie

Is there a part before this movie for sale

Patriot Girl is currently being edited. Most likely release date is early to mid June.

Are her eyes open or closed after the death ending?

A great way of finding this out is buying it!

Thanks for answering! Not into death, but closed eyes I can play off as another KO. Makes this video a must buy.

Not crazy about death ending either. I would prefer them keeping her as a sex slave.

who is the actress?

I can see where she got her name. She really resembles Alicia Silverstone when she’s trying. 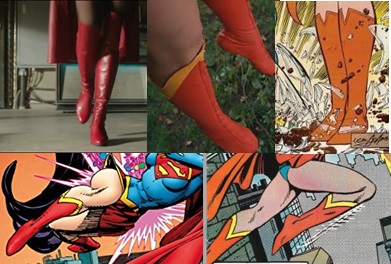 Sounds like you’ve found the perfect plan! Pay anything, custom order with the boots you want!

Well he posted the email to purchase a custom… you want boots, pay for it, this was someone’s else’s thing.

From some angles, she looks like the actress from Supergirl 1984

Another outstanding installment! Nice touch with the dialogue reference to the two truckers in the original Supergirl movie. And in referencing movie quotes, I’ll borrow one from Batman and ask “Where does [Rye] get those wonderful [models]?” Yet another terrific addition to the genre. And that unisuit is fantastic too.

Are there any actual low blows??

Rye, totally off-topic but how might a gentleman go about purchasing the old PH film Princess Shimmer? If you’ve got it sitting on a hard drive somewhere I’d happily pay whatever you think it’s worth.

I have the same question about the original Villains United, Rye.

Did you mean glimmer? If so, here you go.

Im working on getting a single product for sale that has the entire old website. Should be out next month.

That is fantastic! If it has the original Villain’s United with Glimmer (or was it Cheer Girl, I forgot her name already), I am all in.

It doesn’t seem like there’s a lot of fighting in this one. Is that true?

Depends on your definition of “a lot.” There isn’t a huge amount of back-and-forth fighting, no. The heroine is either dominating the bad guys, or getting dominated by them. The later being the majority of the fighting content. The beatdown was pretty epic and lasted plenty long enough in my opinion. (And beatdowns are a big part of what I’m here for.) The movie is very well balanced as far as the content.

This actress is really gorgeous. I was a bit skeptical of her but given the review below I figure I’d give her a shot.

I hope you enjoy it, mate. It ticked a lot of my boxes, content wise. While I know our lists are all different, this video does a lot of things extremely well.

Let me start out by saying that I probably wore out a VHS tape of the original Mortal Kombat movie watching the Kano/Sonya belly kick over and over and over… You paid a beautiful tribute to that scene! Right down to the “Awwwe. Did that hurt, baby?” Magnificent! This might just be my favorite video that you’ve ever made. Top three for sure. Great storytelling. The plotlines themselves aren’t something that I really consider in a lot of films, but this one was so well done that I actually caught myself caring about it. Ms Moon delivered a stellar performance… Read more »

Yet another common W for the Rye. I’m just curious if something happened behind the scenes to affect the release schedule. It’s clear that this is a sequel to the patriot girl film, and Rye even mentioned that it would come out before this one. Not a big deal though, just interesting.

I was wondering how I had missed the first one! Lol.

Both films were ordered by the same customer and they let me choose the release order. I thought releasing a prequel down the road would be fun as its a rare thing in our genera.

From the little bit we saw here, I can’t wait!

this actress is the batgirl in movie“batman and robin” babala？

Just watched this it was a great movie the actress was wonderful the beatdown was well done and the humiliations scenes were well done overall a very enjoyable to watch movie.