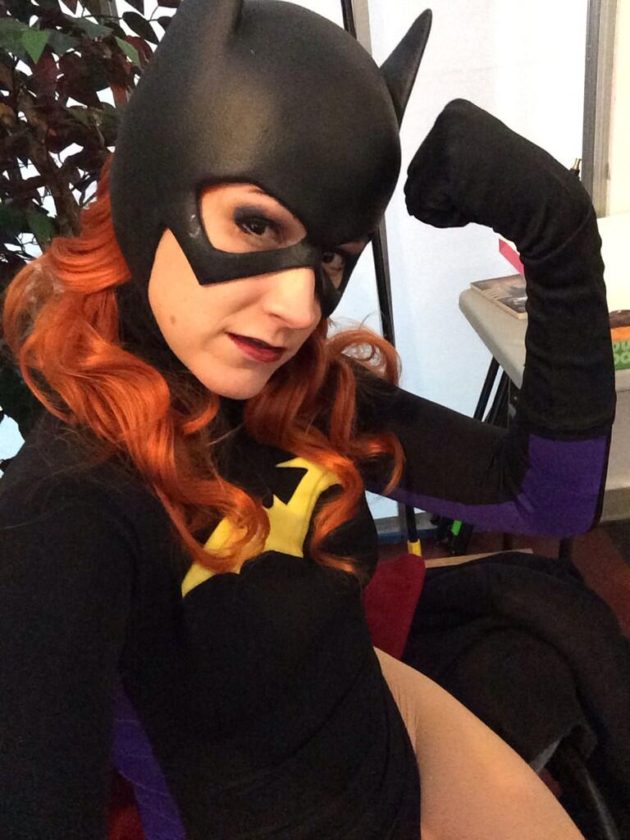 Based on hundreds of surveys I have condensed down the information into two specific films that will be available to purchase. The details below were the majority vote.

I want to include something special for preorder customers, SURVEY linked with purchase will make final specific selections on film (Preorder special content, how she is unmasked, etc). After purchase click on download button to get redirected to Survey. 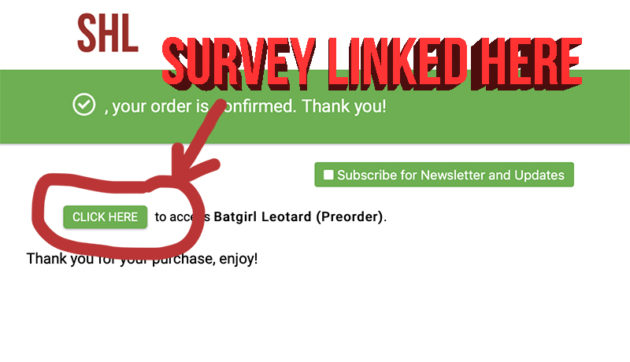 Which ever film gets 60 Orders first becomes priority and will be edited, shot and shipped first. If the amount of orders exceeds 60 the more things that will be included in the film: (amount of bad guys, maybe she gets taken by 3 villains at once etc).

I will also let the price of the preorder be modifiable if you would like to contribute more to beat the other team to the finish line.

If film(s) does not secure anywhere near preorder minimum amount (60 Orders) everyone who has preordered will be refunded.

Costume: The costume will be similar to Lee Carls Batgirl film but not a copy, as I don’t want to copy and paste the work of other directors and producers out there out of respect to their original takes on the genre. The bodysuit will be built custom fit for the actress. Mask will be like one in photo posted above.

Costume: The costumes look is undecided, will be a leotard with pantyhose. Mask is one posted in photo above.

Amount of Preorders until Green Lit

And as always, Uninvited films still on sale (I need to buy some expensive hard drives, help a henchmen out)

As soon as The END of SHL is released I will update progress on these two projects. Lots of wheels in motion, but I am dead set on making both of these Batgirl films this year.

In case anyone was wondering!

Regardless of preorders? I know it sucks to self fund, but I’m happy if the leotard one is coming, regardless.

If the END of SHL does well, then I will complete the funding with profit. If it doesn’t… I will suck someones dick. Whatever it takes.

So preorders are nearly coming to a dead stop. Things aren’t looking promising for the leotard preorder. Numbers have been updated

if anyone wants to see something diffrent
I am having a custom video being made in march its a different kind of story that I have not seen on here its a love and action story between two women one playing a reporter her name is Jamie knotts and the hero played by Claire irons and a thug who is trying to take the hero down by going after her lover its going to be fun to see.

Is that custom being produced by SHL?

If not, why would you think that it’s a good idea to post this in a thread where a producer is soliciting preorders to fund a new production?

Has nothing to do with me but Claire Irons is pretty cool, so I’ll ignore whatever this whole thing is and let them advertise on my post

Jokes aside, can we please just get The End of SHL supergirl video already? Or even a few more photos? I’ve literally been holding off on the other SHL releases in anticipation !!

I’ve been editing everyday. Special effects are being done. I’ll start putting out previews for it very soon.

I haven’t been following along with upcoming releases but I saw your post about the delay and understand. I just have one question:

Is this “end of SHL supergirl” the same as the Supergirl II one indicated in http://www.superheroinelimited.com/super2 ? I seem to remember some indication of pantyhose and no use of kryptonite.

It is the same film. Where are you getting that it has kryptonite in it? There’s no mention of that in the End of SHL preview.

In the initial post for it damien mentioned guaranteed elements being ashley lane and pantyhose. He also mentioned that he wants to stay away from the use of kryptonite and perhaps use actual enemies to take her down, e.g. kryptonians

Supergirl 2 and The end of SHL are the same film

Any chance you could get Angela Sommers in one of these ?

Props on the major undertaking, i think both projects will both result in some great content. For the little my two cents is worth, the determining factor of why I won’t be investing is that: 1.) I’m tired of seeing Ashley Lane, all her work is starting to look the same and it’s become too stale to keep me interested 2.) Like some of us, one of the reasons i love superheroine content is debooting, hosiery and foot fetish elements. Nude pantyhose are overdone with SHL and i just don’t understand why there’s no variety or choice being given. Its… Read more »

Unpacking your response is complicated cause I am not sure I can make sense of half of it. The options given were majority decided in surveys taken. Bodysuit with no pantyhose was a massive overwhelming majority against any other option selected. If anything this has been the most giving I have ever been with letting the community decide specific content in a film. Ashley Lane will be casted in the bodysuit video. Not the leotard film. So you not ordering because of Ashley makes no sense, as she won’t be in the film that caters to your interest. Despite that,… Read more »

I could not disagree more AShely is a Great model and sells it well. I would love her to have more dialogue during her being used and attacked. As she is amazing actress.

He didn’t say that Ashley Lane is not a great model, and he didn’t say that she doesn’t sell it well. He said that he’s tired of seeing her, and that all of her work is beginning to look the same to him. And I can see his point. I like Ashley Lane, and I think that she sells the fantasy well. And I can understand Damien wanting to work with a girl who he knows can and will give him what he needs for the scene. Dependability is one of the most important qualities an adult performer can have,… Read more »

I am not sure how I can be anymore clear about this… The survey had a choice between casting a new actress and casting Ashley Lane for the bodysuit video. The majority of those who took the survey said they wanted Ashley. This isn’t some decision I made. I am guessing the reason the majority voted for her is because they want me to do a follow up to her as Batgirl from the Lee Carl film. Everyone here can debate all day about wether or not I should or shouldn’t cast somebody but: If 100 people say they want… Read more »

@Damien
The fact that Ashley Lane had already been chosen for the body suit film was already understood, at least by me, and the fact that it was a case of “vox populi” was also clear, so you don’t have to give any clarification. Your position is fully understood.

My previous reply was in response to Dragon1. He strongly disagreed about Ashley Lane appearing in too many of the Uninvited films (As is his right, of course.), and I was adding my 2¢.

There is no confusion on my part. I can’t speak for Erik Knight or Dragon1.

She is an amazing actress! It’s just like when you starting eating too much of the same thing, it can get to be too much. To reinforce this, its just my personal preference, i don’t want to attack anyone for what they like or dislike…especially when it comes to the fact we’re already brothers in arms in this niche fetish category.

Copy that! Sorry if i kicked up an argument here, I suppose I didn’t think through my words well. When it comes to hosiery, I can a all over the board based on the costume the character dawns and the complexion of the actress. And again this is all personal preference… darker, tanned skin looks amazing in shades of transparent, low den white/ivory and nude nylon. Pale, chalky skin looks great in any denier of black, dark grey, and brown. 50/60 den black tights are never a bad choice. But don’t mind me, really, i was hoping to create a… Read more »

I also could not resist and ordered both as well 🙂 I love it and I hope you get blown up with orders.

First off, thank you very much for taking this on! I hope it works out and we can see your take on an Uninvited Batgirl; I’ve been a fan since the very first Uninvited and am looking forward to seeing what you come up with in this latest endeavor.
As to my second point, I am curious about the second video option: is it possible someone like Alina Lopez, Aubrey Sinclair or Alexis Monroe could be used for it? Those three women are simply stunning and seem open to an Uninvited-themed video.

I could not resist and ordered both…