‘Ultimatum” from The Battle for Earth

Solaria is investigating an illegal laboratory when she is confronted by none other than Lena Luthor. This is not the first time the two have faced off and Solaria has delivered humiliating defeats to Luthor on multiple occasions. This time is different. Lena forces Solaria to participate in 3 challenges, threatening to release a toxin into the water supply if she doesn’t comply.

The first is a mutated creature that feeds on kryptonian DNA while simultaneously releasing an aphrodisiac pheromone. If she’s able to defeat the monster, she’ll then have to face off against Patient 0 and Patient 1, two test subjects from Lena’s failed program which attempted to modify and enhance humans through DNA alteration. Finally, if she survives, Lena herself will face-off with a special device that predicts Solaria’s fight moves, giving Lena the advantage. Lena is further prepared just in case Solaria manages through everything with a surprise Solaria can’t possibly defend against. Find out how Solaria fares as she realizes she’s in way over her head.

another new TBFE video up, Constrained. looks real good but waiting to find out what kinda ending it has first

I got to picture two in the preview snapshots. Ophelia in a string bikini? Say no more. My purchase is already made.

Exciting! But where are you seeing this?

Ah, it just showed up on the TBFE site a few minutes ago, right after I asked. It looks good!

It’s a great buy and an instant purchase for me if ophelia is in it.

Hi It’s me y came to this thread again like you said to not take RYE thread wanted to tell you the emails you sent just arrived wanted to let you know. Seems I also had problems because I sent a couple of emails on July and August that you didn’t receive.Yes like I said I’m open to recasting Blair since she’s the problem and really feel about making it seem like it either her or nothing.

There could barely have been a single fan of the genre who was not surprised and disappointed when the lovely, talented and sexy Coco retired a couple of years ago, but since her return she has made some wonderful movies and added to her already awesome CV and enhanced her steller reputation as, in my opinion, the best performer the genre has ever seen. “Ultimatum” looks sure to enhance that reputation even more!

Why doesn’t wig girl fuck her too?

Agree, Ending should of been more.

Any news on when part 3 of one dumb woman will be released? I loved the first two parts.

Is this what you’re referring to?

Love the monster costumes! Hats off to the guys in them. Bet that was just a bit hot and heavy to be in (with the incentive of being all over Coco of course)

I totally agree! I’ve seen her go other places and she can do it but it’s very much her default. For this specific aspect of peril performances I think Ashley, Belle, and Olive have more versatility and do more interesting things.

McKenzie is the GOAT imo

GOAT has to go to Christina Carter. McKenzie, I agree is the best right now. So good. I think Mia Malkova was underrated, too, she was great! I know everyone bought her stuff, but I didn’t see everyone cheesing over it like they do for the other great ones. She’s right up there, IMO.

Oh, and Bella. Can’t forget Bella. What a time to be alive lol

Perhaps having her do a bit more dialogue would help? I would also be curious to see how Coco talking dirty or totally getting into being taken would come across!

It is this sort of comments that makes me miss the thumbs down button.

well at least you figured out a good work-around.

i absolutely love coco in these kind of boots…

Anything Coco is in especially Superheroine, she’s gonna kill it

Still gonna buy it, understand someone payed for the custom, ZERO problem with TBFE, i just gotta say in my own personal opinion i really dislike the wookie monster aspect.

Don’t blame the customer on that one – that one’s on me. Thought it looked cool on camera. Love it or hate it – just didn’t want the customer to be thrown under the bus!

It’s kind of a retro look back to one of the earliest superheroinecentral videos, for what it’s worth. 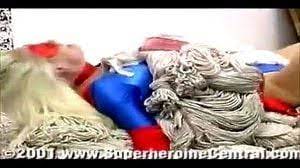 One of the great early superheroine vids

i love the monsters Allen…well done!

No problem TBFE, would rather you be innovative than not, Just giving my feedback, what matters is that sales are good so you continue to make this great content.

Took me back to Bigfoot in The Six Million Dollar Man.

Forgive the repeated post, but I would love to see Coco in a black-and-gold Ms. Marvel outfit, or perhaps have Coco take over the mantle of Sonique. She would be great in those roles!

doesnt seem like this has a corruption or death ending im guessing? seems like shes just left there defeated after its all over?

This is true. But it’s something worth seeing. She’s left in a pretty spectacular state. It’s pretty good, in my opinion.

Is she completely out at the end or does she come to?

I think Coco as Solaria is her best role!
Amazing costume, acting and plot/setup.
Well done everyone!