“Uncovered” from The Battle for Earth

Excelsia enters a warehouse to find a parolee operating heavy equipment. Although he’s not technically violating his parole, a local news reporter is documenting live, so she decides to make the collar regardless – give the folks at home a show. Any chance she can get to be in the public eye, Excelsia takes. When a criminal calling himself Reaper sets up a meet, she even drops the tip for the same local news reporter. She figures on a quick capture and she can strut in front of the camera a bit. Unfortunately, Reaper is more than a capable adversary and although she’s strong, he’s simply stronger. Needless to say, the fight does not go her way.

Lucky for the reporter, he’s able to capture everything, including her complete unraveling and defeat. He even unmasks her, revealing her identity. The footage is too good not to create an expose, rocketing his career, and simultaneously creating a shit storm of problems for the now uncovered Excelsia. Does she survive?

Visit SHG-Media or The Battle for Earth for more

I love when she was thrown to the table and how she’s so helpless. I wish that position was exploited more.

I also love how tight and long her boots are. When a superheroine wears a leotard and no skirt, her thigh high boots are the only protection she has for her lower body. 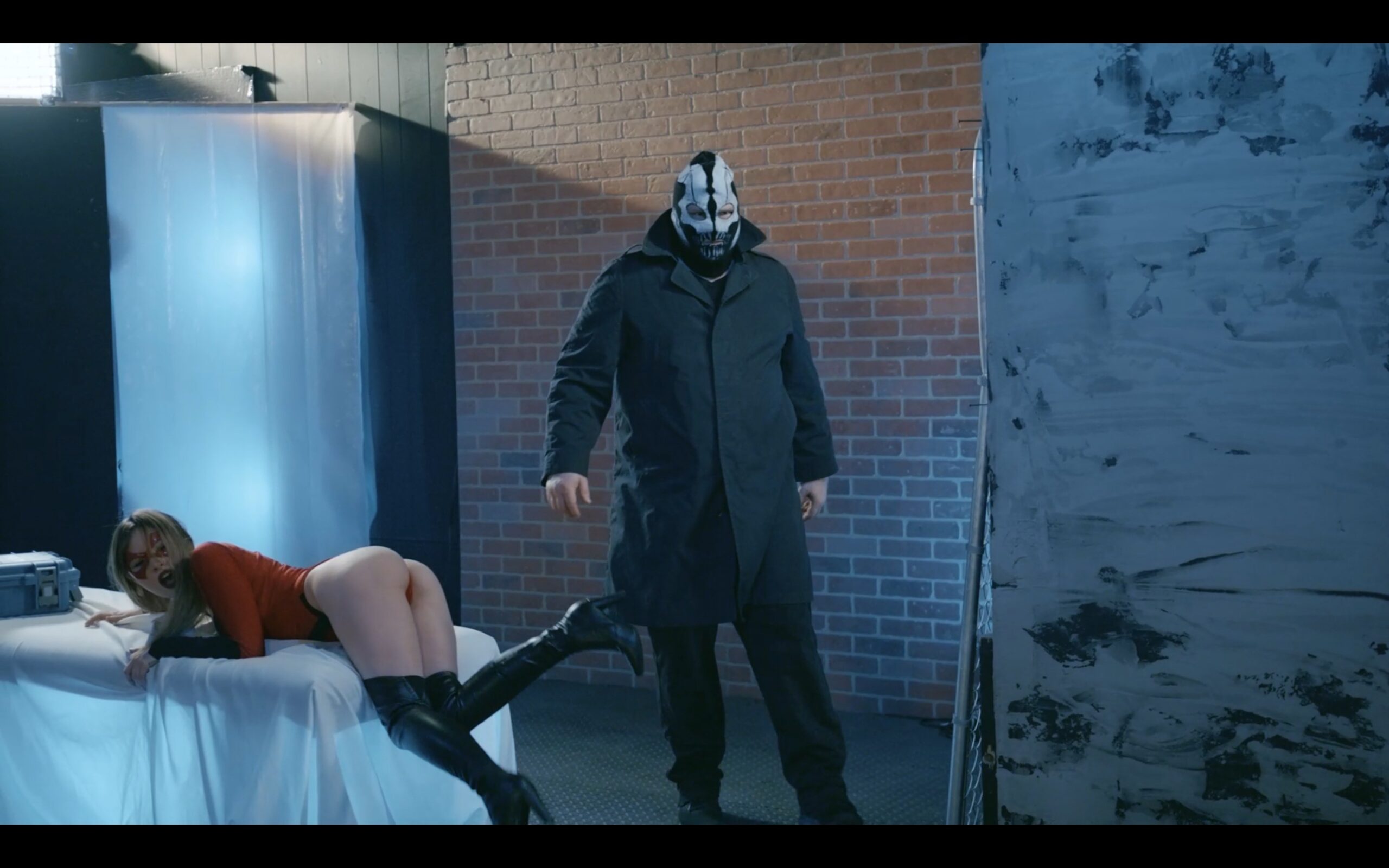 This looks promising. Definitely on my wishlist.

I really enjoyed this film. Amazing first outing for Rita and I really hope that we get to see her in many more videos!

I feel like there’s a lot more of the sex stuff at the end that got left on the cutting room floor, which is super unfortunate because the actress is great and she seemed to have a lot more to give than what we saw here. I’d totally pay for an extended cut with some longer sex scenes and reaction shots if I’m right about there being more than was included.

The sex scenes, while very good, are only the last 2 1/2 minutes or so.

Any video starring Alexis Monroe coming in near future?
Last was Public Disgrace Aftermath…Is she retired from this genre?

I’ve tried to order (some relatively tame) customs with her and been flatly told that she is not an option. I think she is done with the genre.

oh…then it’s sad news for me if it’s not happening in near future
Anyway, Thanks.
Is she bad or people don’t like her as a superheroine anymore?

As we’ve all seen, there are many ways to make a heroine in peril film. The number of individual requests for content can seem limited only by the number of fans. In my opinion, this film is a bit of a throwback to the days of TBFE, Rye and others making the films they wanted to make rather than focusing on customs. This is almost certainly a custom, but I think the person who commissioned it may feel like I do – they miss the old days when SHIP films weren’t so tailored to to individual desires. “Uncovered” debuts (I… Read more »

I will echo this, but especially the first paragraph, big time. This film felt immersive to me whereas that has been lacking more for me in the past year (of high quality movies, don’t get me wrong) across the genre. Probably due to the custom fetish effect you’re describing. Thanks to whoever commissioned this one.

Rita’s pride and arrogant is unique
After Gigi Allens, no one can play such a arrogant heroine, but Rita did it

My God I get sick of people asking that question. If the actress wanted her name on the film, it would be on the film. Take your stalker ass somewhere else.

Oh, enough of this strawman crap. In this industry every performer uses a stage name to begin with. If an actress did have additional performance work somewhere and you want to find it, a one-word stage name is pretty much hopeless (i.e. just try searching for Coco’s films on C4S). Sometimes actresses that do have a full stage name have the second half omitted from posts whether it’s habit or just how the studio chooses to credit the films. If an actress does only have the one-word stage name or just doesn’t really have any other genre work (i.e. they’re… Read more »

S’up Mr.X? Think is, I won’t be replying to you here either.

You literally just did.

Well now, you are a clever one. I can see I’m going to have to up my game.

The best best down scene ever! Up there with coco for sure. Love the stream of face punches and the posing…unreal. Only recommend would have been the sim sex with her in costume. Otherwise another top notch production!!

it’s a pity that the sex scenes is not happened when the heroine wear her suit, but when she dress normal at home
it is better to violate excelsia rather than a girl

How much of the runtime is the part with her in black?

Good movie. Amazing Rita. Will be the another movie with her?
Will we see Halsey Rae yet?
The only thing i don’t like is that the sex scenes are too short.

I agree with the last line.

totally agree with the last line of your statement i was looking forward to this movie a lot but the scenes at the end seemed very rushed and it kind of ruined the movie for me.

Totally agree that tbfe limits the sex scenes! Also, i can’t explain how restless I am to see Halsey performing in a real hardcore sex scene! Never saw her vagina! If anyone knows any of her films in which she is completely exposed, do comment here!

probably because Halsey is a PG actress, so she do not accept to expose her vagina

i think Halsey is retired now

There can be very good sex scenes where the actress does not expose as much, but clearly gets off.

She clearly deserves this beatdown with her attitude and abuse of her powers. It look good.

Love the look of the heroine.

Another spectacular release from TBFE.
Beautiful heroine, with the cocky, confident strut. Well choreographed fight scenes. Nice unmasking and then a nice twist with the finishing perils.
Money well spent!

I would like to thank the person who commissioned this video. I can’t afford customs, but this is pretty damned close to what I would order if I could. Beautiful heroine, sexy costume, nice fight choreography with some elements I don’t see every day, pretty good acting…just an awesome video. Great work, TBFE! This one’s a home run!

Oh, and how about that…two terrific videos, this one and the new NGC vid come out with 24 hours of each other! Lucky us!