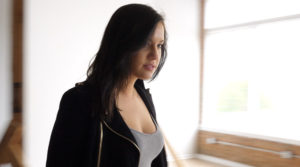 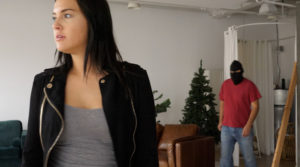 Agent Alexis returns in Agent Alexis Returns. After a brief disappearance, Agent Alexis is back in action, looking to uncover clues regarding the disappearance of her fellow agents. When she encounters a masked thug, she quickly defeats him in a hand-to-hand fight… until activating a trap which temporarily paralyzes her, leaving her vulnerable to the thug’s attacks. She is punched, knocked out, frisked, dragged around, carried, toyed with, and rendered helpless.

She returns to the hideout later, this time more heavily armed and clad in her familiar black catsuit. When the thug reveals himself again, Alexis is subjected to the same treatment again — repeated knockouts, chloros, punches, brief electro torture, and more.

This is a custom video which is very heavy on unconsciousness, knockouts, and frisking, with long sequences of an unconscious heroine, and there are multiple brief fight sequences interspersed throughout.