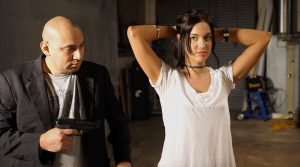 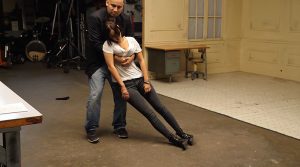 Before Alexis was a special agent, she was a rookie cop. During her first year, she encountered a man claiming to be the world’s best trainer of special agents. Unbeknownst to Alexis, the man was no trainer at all, but merely an evil pervert with a plan to capture Alexis and render her unconscious again and again. Alexis falls right into his trap and finds herself tasered, disoriented, punched, beaten, knocked out, searched, carried, and subjected to physical torment. When he’s had enough fun, the man leaves Alexis unconscious and humiliated.

Alexis returns years later seeking revenge. She puts up a good fight but soon finds herself weakened and unconscious all over again, subjected to the same torment as before. Poor Alexis is in for a long night of defeat, unconsciousness, dizziness, and humiliation.