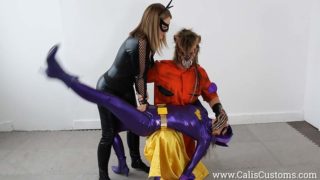 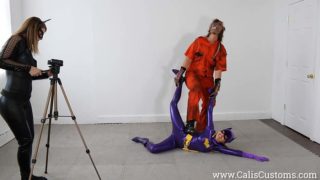 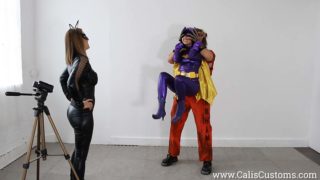 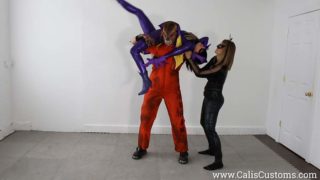 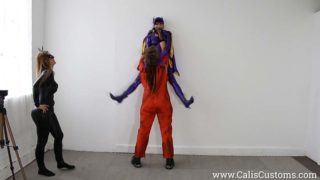 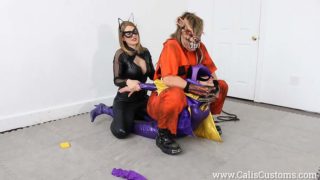 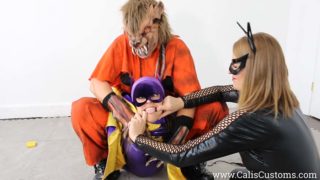 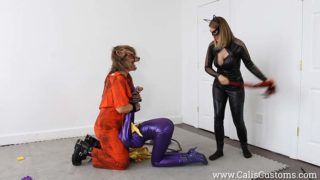 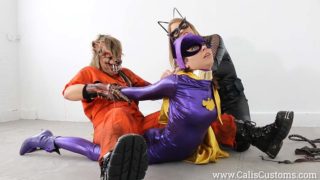 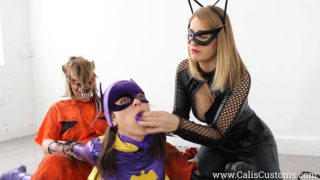 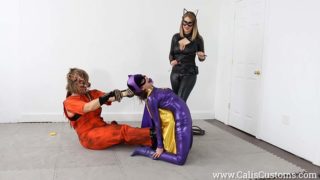 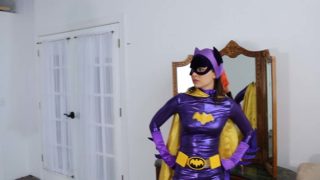 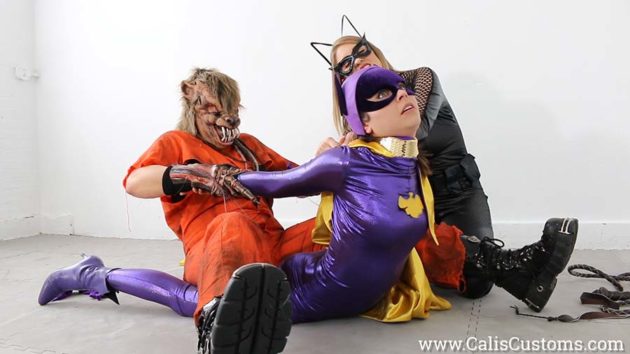 BatCali rolls her eyes and proclaims that once she is finished defeating this monster, she is going to take Catlady straight to jail. The two nefarious creatures, however, have very different plans.

When BatCali tries to punch the cataclysmic, she is not phased a bit. Confused BatCali tries to kick at the beast who throws her across the room and begins her epic beat down. Catlady is quick to grab her camera and make sure that all of Gotham is able to witness their “fearless leader” being completely humiliated and annihilated by her indestructible creation.

BatCali tries to remain valiant, struggling against the holds and threatening retaliation. But its no use. The Cataclysmic man handles her in bear hugs, sleeper holds, back breakers and more. Catlady joins in on the fun pulling and fondling at the helpless heroine while The Cataclysmic keeps her restrained. As cats do, CW plays with her prey, flogging,and humiliating BatCali as she pleases. BatCali is defeated, embarrassed and in pain beyond repair.

The ratings are going to be through the roof on this broadcast!