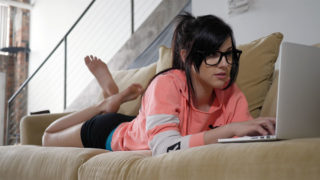 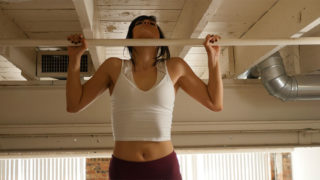 A young college student finds herself in possession of a red crystal which grants mysterious super powers to its rightful owner. When a villainouos gang, under the orders of a shadowy, unseen supervillain, threatens to carry out deadly attacks, Omega Girl must take matters into her own hands.

Despite her inexperience and lack of training, Omega Girl displays brazen over-confidence, walking into the villains’ lair to take on the gang of three all by herself. Things go well at first, until the villains spring a trap, weakening Omega Girl until she can no longer defend herself, despite her best efforts. The gang delivers a punishing beatdown to Omega Girl, teaching her a lesson about interfering with their evil plans.