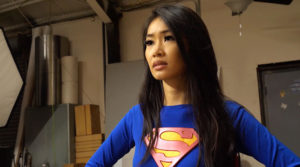 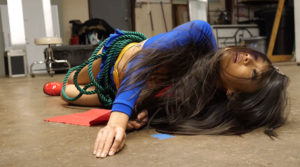 After Supra Girl defeats a dreaded villainess in battle, her nemesis plots revenge for two years and devises a sinister plan: to hold an innocent hostage and force Supra Girl to wrap herself in a green crystal powered rope, weakening her and rendering her powerless. Forced into a brutal rematch with her enemy, Supra Girl finds herself on the receiving end of a brutal beatdown — not only against the villainess, but against her female henchperson as well.