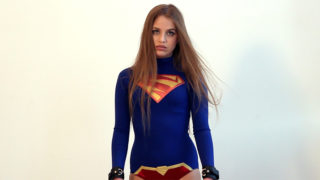 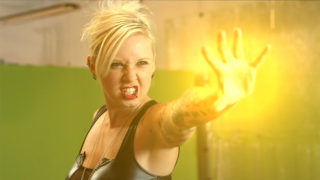 After meeting her ultimate demise at the hands of her dreaded enemy Lex in Supra Girl 3, Supra’s body is taken to the mysterious hideout of an evil villainess with connections to dark magic. The villainess wants Supra’s powers, which can only be taken while Supra Girl is alive, and begins an evil spell to resurrect the defeated superheroine.

Supra returns, only to find herself engaged in battle with the nemesis who previously tortured her. The witch manipulates both sides of the battle, granting powers to Supra and the henchman and taking them away in turn, for her own amusement. When Supra finally gains the advantage and turns on the villainess, Supra finds herself defeated and subjected to the villainess’ abilities, the loss of her own powers, and more punishment from the villainess and henchman.