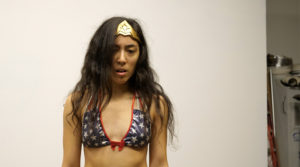 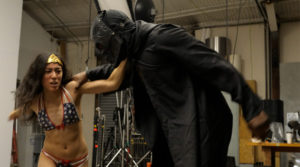 After her capture in the original Wonderstar, our heroine escapes her imprisonment. But her nemesis follows behind her, tracking her down and vowing to defeat her once and for all to take her powers for himself. Wonderstar realizes that her only chance is to face him in battle. She briefly defeats him, but when the villain grabs her tiara, the source of her powers, she is rendered weakened and defenseless. Despite her best efforts, she is thoroughly defeated, beaten down, tied up, and tortured to reveal the secret of her powers.