Dr. Moon’s ambitious plan fails because of Wunder Woman.After that, Dr. Moon was attracted to an unknown being and fell into a wormhole,and his helper, Nam-seok, is also reborn as a new being by that power.Sensing a new threat to the Earth, Da-na quickly turned into a Wunder Woman and arrived at the scene…She will fight a death battle with a Nam-seok (aka THE-O) who has gained superhuman strength.

In part 2, I focused on the intense action scene. The scene of Wunder Woman fighting and losing the villain in a desolate open field will excite fans of the original TV series. It was very difficult to shoot the scenes of high-level outdoor action scenes and desperate battles in the mud, but thanks to the best actors and staff, I was able to make it safe. If you’re a fan of the original TV series, don’t miss it! 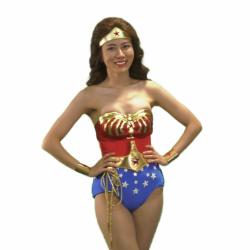 What happens after rebith3 wwxxx sg?
Does each work have to wait a year?

Is this movie significantly different to the first one? I’ve bought the first one and some scenes from this trailer were there in the first movie

It’s different! And in my opinion, significantly better; Wildkat really stepped up his game for this – the fight in the mud is great.

may you give me the movie files for free, I beg you. I don’t have money to buy it

The Dream is back in action!
Always good to see a new vid from SHD.
I remember there was some previews of a Supergirl adventure, but I never saw mention of a completed film.
Did that get shelved or just back-burnered?

The last I heard It was “scheduled” for release after the third chapter of the current WW adventure. So judging by the release times of these vids, I’d say some time in 2022? I’m really looking forward to that one too. I just hope I live that long!

Good Movie! Worth it! However please release part 3 asap

He beats up Wonder Woman with a Fluegal Horn?

Loved the move , great and beautiful wonder woman .. but please make her next enemy another woman , a super female villain, strong and completely destroys wonder woman. I think this would sell very well.
Just my thought 🙂

This is excellent! Money well spent. The fight in the mud scene is super hot! Wildkat makes some great videos. I just hope the third part comes out soon!

I really like the fighting in the mud. Wish more of such fighting could be used across all the platforms here. There’s just something to seeing a super heroine in her beautiful outfit being beaten in mud and having her outfit dirtied up.

I agree, I really do wish there would be more videos with heroines suffering muddy beatdowns/defeats. I just love seeing those perfect shiny costumes all filthy.

Way too expensive, otherwise I would try

One boot off and its perfect

I like Wildkat’s movies as the acting, stories and surroundings are all pretty good & has a different feel than some of the other movies out there. Thought that the new movie was great !

too expensive for me, but i do love the color / tint in the last few photos… i wish they would’ve had more mud and dirty spread across her costume/body… the dirty or mud effect isn’t used enough in heroine vids

Bought this and its pretty good. But on the site there are photos of WW in a warehouse where the guy in the mask and a villainess are continuing her beatdown. When is that going to be out?