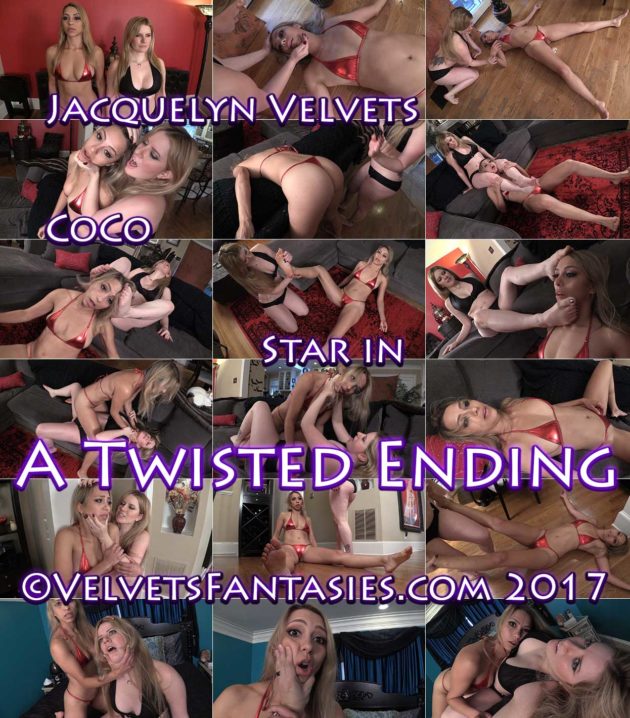 Agents Velvets and Coco have been equipped with the task of training in a virtual reality program to test their skills against one another in a ‘no weapons/bare hands only’ rules contest. The agents comply, and the program begins…but Jacquelyn is way too fast for her rookie opponent. She grabs Coco under the chin and the top of her skull as her prey begs, but a single snap of the neck silences her instantly. And so it begins…round after round of the more experienced Velvets getting the drop on Coco and taking her out with multiple neck snaps, and even some overkill snaps to make “sure”. After multiple takedowns, it’s time to tally up the score, with Coco pouting angrily as agent Velvets is given the win. Coco suddenly attacks, snapping Jacquelyn’s neck before the blonde beauty has a chance to celebrate. Their boss is impressed by Coco’s voracity, but in order to get her out of the VR program, he has to perform a final POV neck snap that ends the session, leaving two broken beauties piled up on a bed as the camera fades to black… 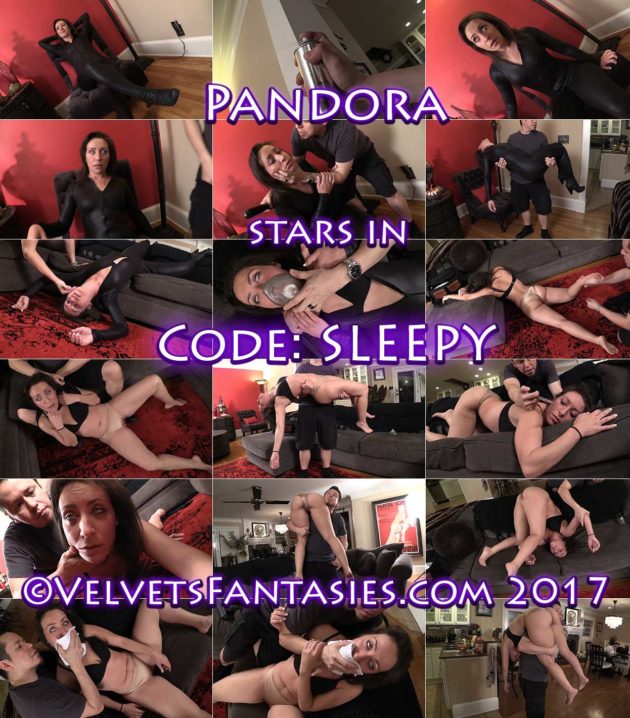 We fade in on expert cat burglar Pandora, relaxing at home and making a phone call to her boss after a VERY successful heist. With millions of dollars stowed away in a highly-protected bank account, the satisfied thief settles in…completely unaware that the agency she stole from has sent a specialist (played by SK) to her home! He gently sprays a sleepy gas towards Pandora and she slowly succumbs, falling into a deep sleep. SK carries her to a nearby couch and the interrogation begins, with Pandora defiantly refusing to give him the bank account access codes. He repeatedly knocks her out, carries her (indulging in his own tastes), rag dolls her limp form, and repeats the question…almost relishing each time she refuses to answer. Pandora delivers an amazing sleepy performance, slipping in and out of consciousness until an extended chloroforming finally coaxes the information out of her. His job done, SK carries Pandora’s beautifully limp body out of the building as the scene fades to black… 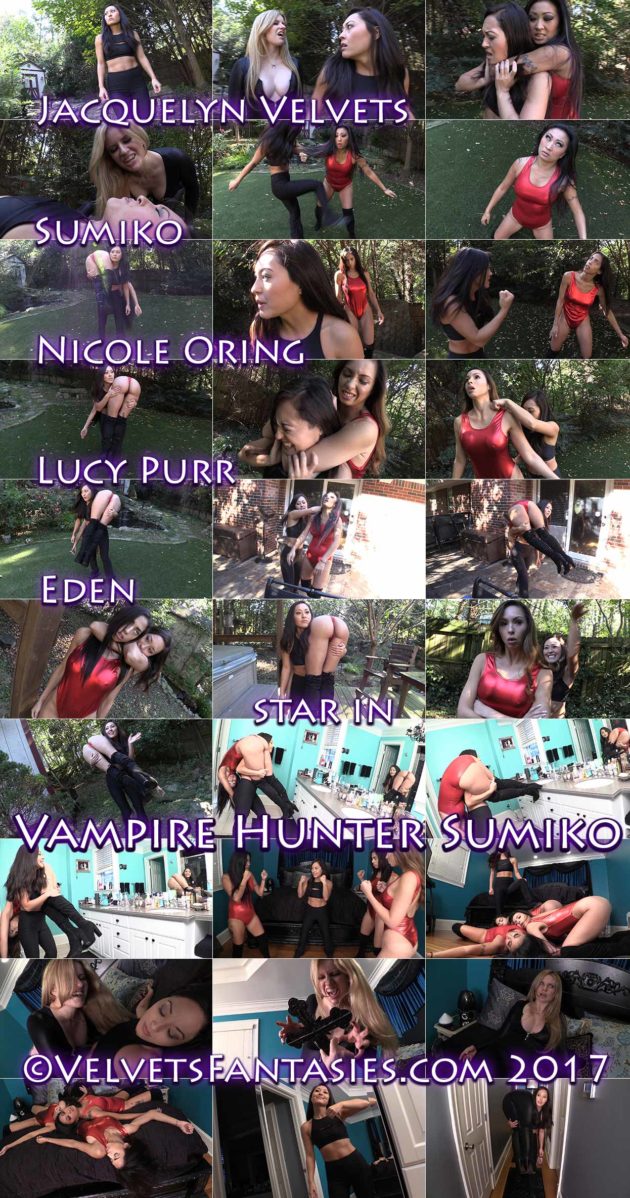 After months of tracking down the evil and alluring vampire known as Jacquelyn Velvets, demon-hunter Sumiko makes her way to the blood-suckers lair. She calls Velvets out but is told that she has to fight through a group of minions before reaching her rival. As Jacquelyn taunts her, Sumiko is forced to do battle against beautiful women clad in crimson (Lucy Purr, Nicole Oring, and Eden). She dispatches each attacker one at a time and believes them to be vampires, but after some inspection, she realizes they’re clones created to guard Velvets’ crypt. Regardless, she knocks each clone out and carries them over her shoulder for storage. Sumiko’s power is on full display here as she performs extended fem/fem carries, taking each unconscious guard away for future inspection and even posing with each girl in front of a nearby mirror. A final battle features Sumiko taking out the last three clones as WELL as the evil vampire, who faces a holy water knockout as her underlings lay piled up behind her. Our final shot is one to remember…as the vampire hunter poses in front of a mirror with what appears to be nothing across her shoulder. She spanks an invisible ass-cheek and we suddenly realize it belongs to the sleeping Velvets, who casts no reflection! Sumiko turns towards us, revealing the sleeping vampire slung over her shoulder as she takes her back to her headquarters for an eternal imprisonment!