New videos from Sleeperkid include Sword Play 2, Agent Sinn’s First Mission, and Behind the Mask. 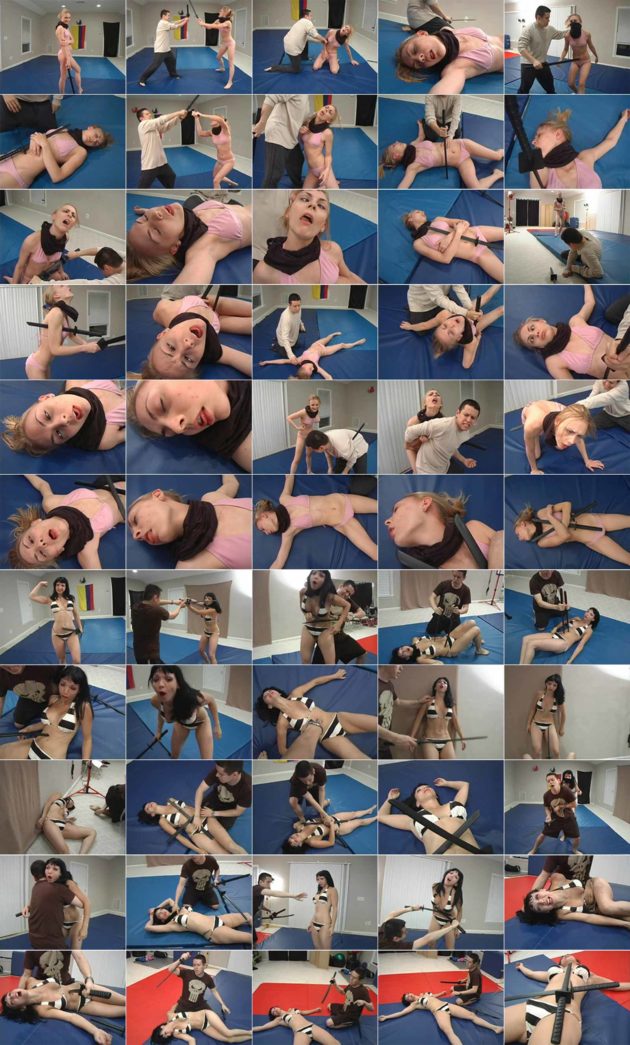 SK does battle against both Gia Primo and Anne-Marie in two separate custom matches, both which feature short sword-battle segments that end with a lovely victim down and OUT on the mats! SK dominates, using sword slices to the belly, sword stabs to the body, throat slices, and post-win stabs to make his “point”! Needless to say, there is NO blood here, just two fighters role-playing with their respective blades!

While SK occasionally takes a stab or two, he always rallies and defeats his beautiful opponents, who’s performances are over the top and absolutely perfect for this mixed blade battle custom set! 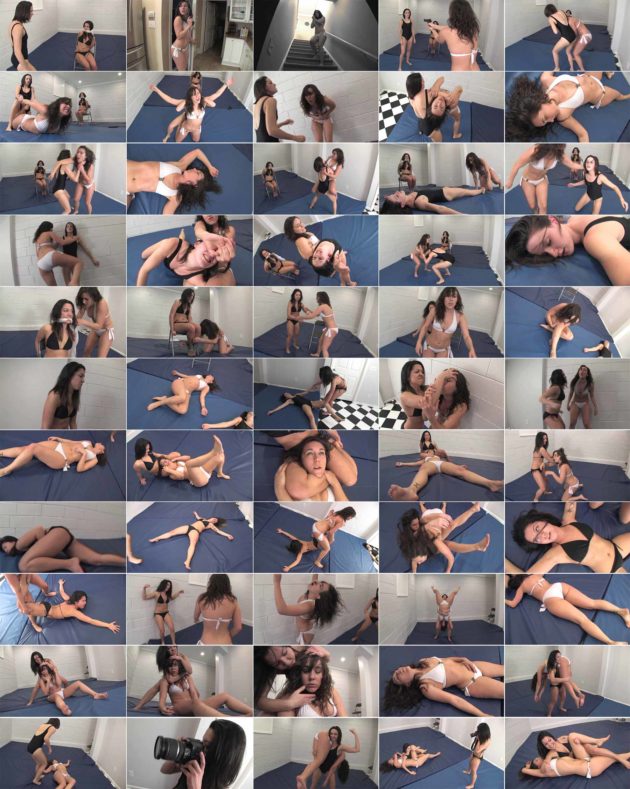 In this unofficial prequel to MERCY KILLING, we fade in on the lovely Jinx, tied to a chair and gagged as bad girl Cassidy paces angrily. She’s obviously kidnapped Jinx and is holding her for ransom, but her family has yet to pay up. She slaps Jinx angrily as we fade in on the stunning Sinn Sage: a spy/gun-for-hire sent to rescue Jinx! She makes her way through the house and into Cassidy’s lair, where she aims her weapon at the evildoer. The more experienced Cassidy kicks the gun out of Sinn’s hand and attacks. She traps Sinn in a headlock, delivers an impressive body slam, traps her in a kneeling surfboard, full nelson, works her belly over against the wall, and knocks her out with a dragon sleeper, all while a bound Jinx watches…eyes wide in fear!

Cassidy continues to show her strength, dazing Sinn with a spinning fireman’s carry, knocking her out with a choke slam, and applying a lethal bearhug…one that Sinn manages to escape with a sudden double neck chop to Cassidy’s neck that knocks her out INSTANTLY. Sinn regains he strength and wears Cassidy down with massive kicks to the face, belly blows, a huge headbutt KO, a crossface, ab stretch, a BRUTAL X-Factor KO, and a final DDT KO that leaves Cassidy OUT on the mats!

Victorious, agent Sinn unties Jinx and tells her to follow her out of the lair. Jinx seems scared at first…until she suddenly delivers a kick that hits the back of Sinn’s knee! A stunned Sinn grimaces in pain as Jinx tells her the kidnapping had been a ruse designed to lure Sinn to her in order to exact some vengeance. Turns out Sinn’s first mission had been to track down a female criminal for drug trafficking…a criminal who just happened to be Jinx’s sister. Jinx proceeds to work Sinn over, nailing knees to the young agent’s face, an iron claw, belly blows, a neck scissors, a figure four neckscissors KO, and neck breaker drops to the mats. She grabs Sinn by the hair but the skilled agent retaliates with a sudden belly blow that takes Jinx completely off guard. Sinn picks the smaller girl up and delivers a SPINE BUSTER onto the mats, followed by a body slam, a boston crab, stomps, splashes, a brutal standing leglock, and a killer wall splash. When she goes for another one, however, Jinx moves out of the way, causing Sinn to SLAM her skull into the wall.

The dazed agent falls victim to Jinx’s wall splashes, a brutal PILEDRIVER KO, and a final sleeper hold that leaves Sinn out cold. A victorious Jinx carries the limp agent over her shoulder as her cohort Cassidy (now conscious) takes photos as evidence. The two take turns carrying and pinning the sleeping agent as we slowly fade to black… 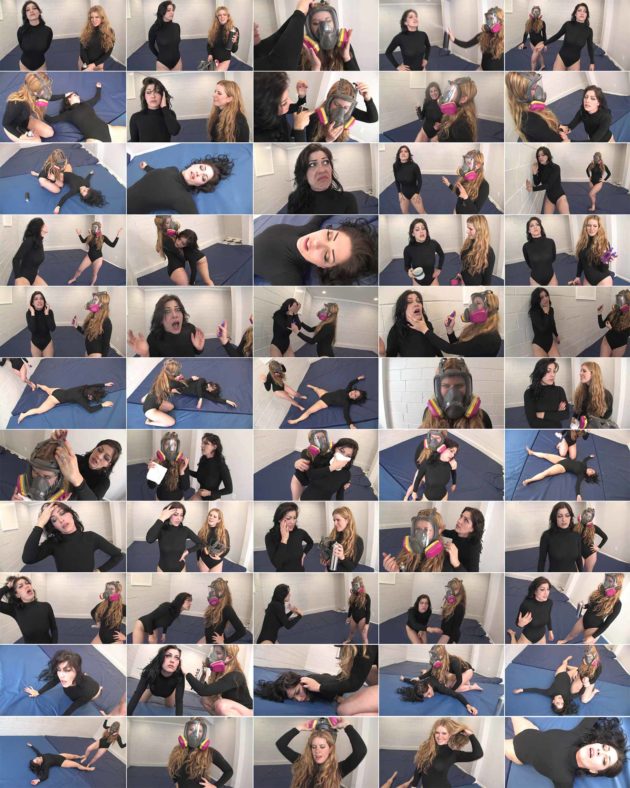 Agent Velvets introduces rookie agent Kymberly Jane moments before using her as a practice dummy for several gas attacks the agency is currently working on. Agent Velvets repeatedly dons a gas mask and knocks out her trainee, seeming to take a gleeful joy in the session as the lovely Jane continues to collapse from the gas’ strength! Time and time again, Kymberly ends up unconscious on the mats…sometimes moments after suffering searing pain. Jacquelyn continues putting her through tests until a final KO satisfies the seasoned agent, ending with a final KO for the overwhelmed Agent Jane!

Both ms Kimberly and Velvets look lovely in that last one ❤️