Marvelette is a virtuous but struggling young heroine, looking to make a name for herself as a mighty crime-fighter. She manages to foil a jewel heist but is ambushed by Mob boss Falcone, scourge of so many heroines. He KO’s her and uses a slow-acting poison while she sleeps. When she wakes she is given a proposition that involves fighting one of his underlings while he films it. Facing certain death if she doesn’t, since Falcone is the only person who can give her the antidote, Marvelette takes on the strong henchman in her weakened state.The villains embarrass her at first for the camera, but their master plan is far cleverer than just that. Will Marvelette get the antidote and win the day? Or will her ambition be fully tested in defeat? 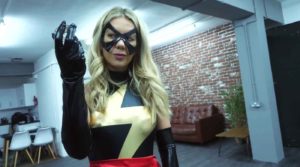 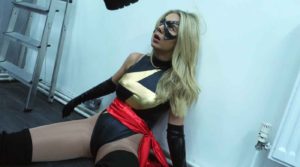 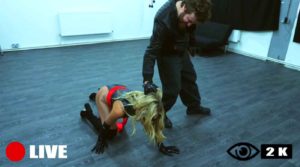 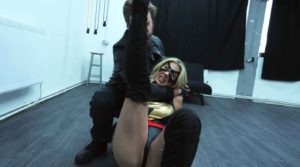 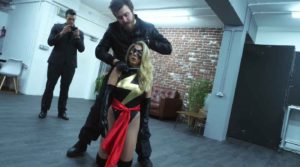 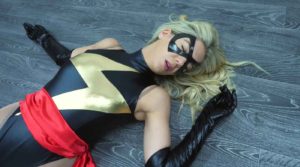 If you purchase ‘Marvelette & The Mob’ within 48 hours of release on Friday, you’ll also get over 2 minutes of unseen takes from the classic ‘Action Cosplay 2’. Pretty much everyone got that video, so the chance to see extras from it should be welcome, hurry before it is gone. 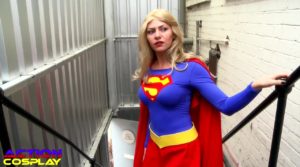 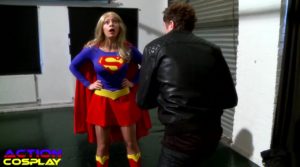 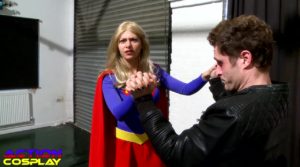 Coming this Friday to http://actioncosplay.com!

So much to love here, in fact, it’s almost like NGC have had said “Let’s do an Action Cosplay for that fella over there”! We start off in the midst of the action; something I really like to see, and, while the heroine has the hapless henchman at her mercy there’s some subversive humour that put me in mind of Kandy Crisis or (dare I say it) Kick Ass. And almost before you’ve got time to process all that, the heroine is laid out with a bonk on the head! I use the term ‘bonk’ advisedly; the hit on the… Read more »

I made a comment about a different version of Dynamite Doll and I think it was a bit over the top. I do enjoy the first actress a bit more but the lady who plays wonderstrike as DD is pretty badass in her own way. While I think another actress would be great for Ms Marvel I do agree that this actress’s hair is one of the best aspects of this character as it is in the comics. I really really loved Danvers as Ms Marvel and it stinks to see her change out of that title and outfit but… Read more »

Look at that black panties under her shiny pantyhose.

Loved this! Finally, a Marvel heroine in the Action Cosplay roster, and it’s Ms. Marvel! This video has several major strengths for me. First is the character and casting. Ms. Marvel is a longtime favorite of mine, and I’ve become an admirer of the “Candy Race” actress, but her Equalizer outfit isn’t my favorite, so seeing her in such a high-quality Ms. Marvel costume is a major coup. Candy is an excellent genre actress, nearly the best NGC has at stage fighting and equal to the top peril actors, and this fantastic costume flatters her much more than the Equalizer… Read more »

Does she get KO’d at the end as well?

OUT NOW! Get over to http://actioncosplay.com for ‘Marvelette & The Mob’!

C13
Reply to  Next Global Crisis

So we’re going to be seeing more of Marvelette, right? Because she was wonderful in this and we definitely need more.

Yeah I hope so.

Updated this post with previews and member gift info!

Props to NGC for choosing this less mainstream heroine, the costume is sexy! And it doesn’t look cheap at all, it has great quality! I’m sold!

This actress is really growing on me.
She just sells the whole…thing, so well!
Beautiful girl and a lovely actress. This one is another definite buy.

Agreed! I was a bit slow to come around, but she’s impressed me a lot recently, and this costume looks *great* on her.

Yeah for Candy’s popularity increasing! She deserves way more screen time than she’s had the past year.

…forgot to mention – nice to the see the villain / henchman again.
“Snare” needs to make a reprisal soon. Would love to see one of the newer girls entangled in his web of deceit! =)

Is that the actor who played Snare? I didn’t recognize him.

Regardless, consider a reappearance of Snare seconded. I don’t know about his “web of deceit” but I’d like to see some newer heroines snared in his restraints.

Yes, I recognized the henchman right off….and sorry about the “web of deceit”, got a little carried away. What you said, that’s what I was getting at.

I also love that we can always see her panties. Just look at how she tries to conceal it under her costume but she can’t… 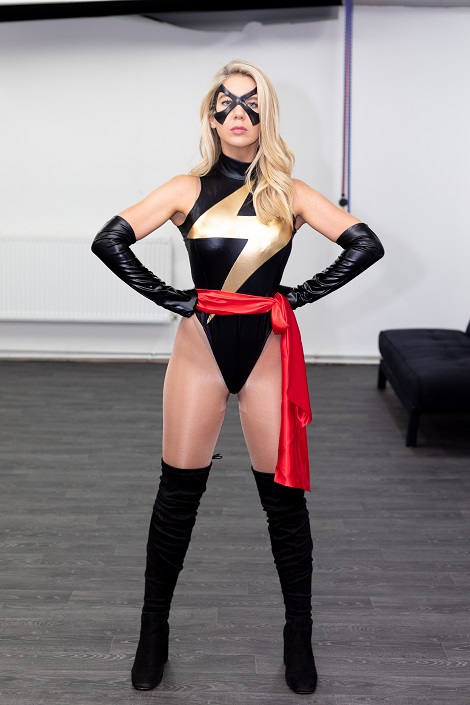 If it hadn’t been for her accent, I could have sweared this was Amy Johnston (stunt actress). Uncanny =D

I wouldn’t go that far. Amy appears a bit shorter than this actress.
I’m trying to figure out where I’ve heard her accent before. She sounds so familiar, but the show I’m thinking of is from long ago. It couldn’t be her, but she sounds just like……someone……

I cannot get over how fantastic she looks in that costume. Also echoing the comment about the lighting, the production looks fantastic.

Very excited for this one. This will be an instant buy Friday!

I love this lighting! It really brings out the shine in these pantyhose.

At 0:28 when Marvelette sits on the floor, her pantyhose wrinkles up on her left leg… she looks so vulnerable as if her uniform can no longer protect her.