“Agent Merry vs. The Vampiress” & “ATEMI 10” from Sleeperkid

Agent Merry vs. The Vampiress 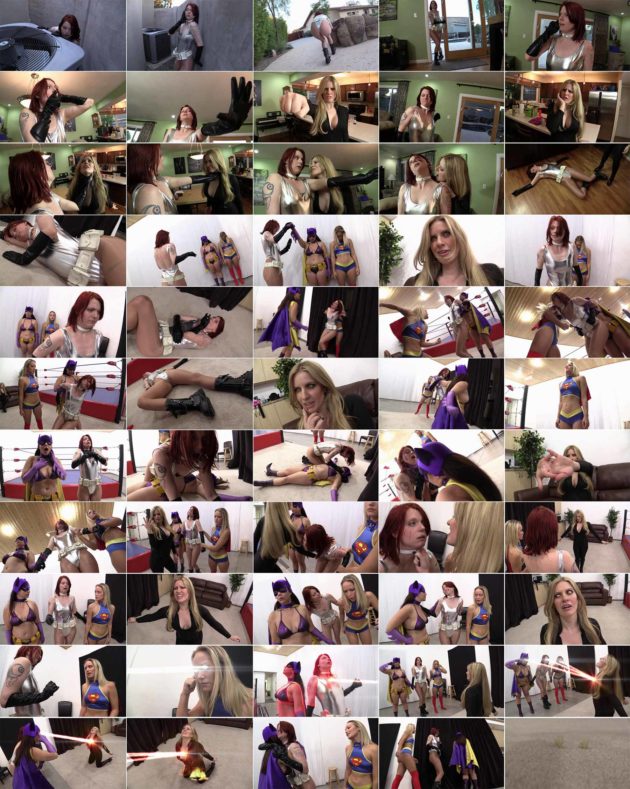 It’s here, folks: part THREE of our FWR/SKW superheroine saga that started with BAT-TRACY vs THE VAMPIRESS and SUPER-BECCA vs THE VAMPIRESS, featuring the beautiful Merry Meow as an agent armed with special powers who’s sent to save the supers (Becca and Tracy Jordan) from The Vampiress (played by Jacquelyn Velvets)!

We fade in on agent Merry making her way into the Vampiress’ lair. The evil one attacks, using invisibility to slam fists into Merry’s jaw, knocking her for a loop as she moves in for the coup de grace. Merry suddenly retaliates, closing her eyes and stopping the invisible demon in her tracks! Jacquelyn appears, confused as Merry smiles. It turns out agent Meow has the ability to absorb a power and “replay” it, and this time she uses the Vampiress’ force punches against her. She rocks Jacquelyn’s head back with blow after blow, only to choke the beautiful vampire from afar. The Vampiress has a few tricks left, however, and stuns Merry with a hypnosis attack once she gets close enough! A stunned Merry can only stare blankly as the Vampiress as she falls under a trance and is forced to fall asleep. A cackling Vampiress teleports her sleeping body…

…to the very room where she defeated Supergirl and Batgirl weeks earlier. Merry wakes up and discovers, to her horror, that the Vampiress has turned her friends into mindless slaves. Jacquelyn controls Becca and Tracy, turning Merry’s torment into a game as the two brainwashed heroines pound on the shocked agent. Attacks include a brutal double uppercut, 2 on 1 belly punching, a solar plexus (spit take) KO, a stomp to the abs, back and forth punches to the jaw, and a “SUPER-SUCK” air removal technique that knocks Merry and Batgirl out as the Vampiress watches and laughs.

Tired of simply watching, Jacquelyn decides to join in. She uses “force” punches to knock the wind out of Merry, eventually rocking her back and forth with a huge series of full contact belly blows and face punches. Merry is dazed and nearly out when Jacquelyn moves in to put her under the very same spell she’s trapped the heroines with. She counts down the hypnotic trance…only to find she can’t move! Merry grins and reveals that she was waiting to fully absorb the vampire’s hypnosis capabilities so she could use it on her tormentor. A wide-eyed Velvets is forced to her knees as Merry releases Super-Becca and Bat-Tracy from their mental prisons. The girls then decide to end the demon’s existence as the Vampiress pleads for her (lack of) life.

Merry giggles. “You can’t kill what’s already dead.” The Vampiress’ eyes widen in shock as Supergirl unleashes a blast of heat vision into Merry, who absorbs it and spreads the ability to Bat Girl. The three heroines hold hands as they concentrate their power into a single beam of sun-like heat that slams into the vampire’s chest. Jacquelyn screams in agony as the beam causes her to literally EXPLODE and disintegrate.
The heroines celebrate their win and make their way out of the room to rescue any other potential victims…as the camera closes up on a pair of fangs that start to tremble on the ground as ghostly and maniacal laughter fills the room from another dimension… 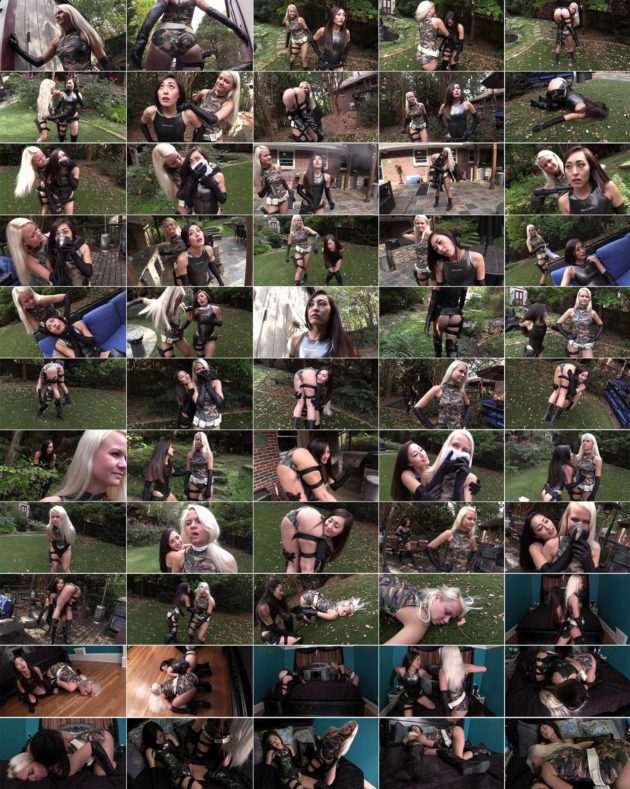 Another entry in this amazing custom series! Alisa Kiss and Sumiko play rival agents who continuously sneak attack each other, delivering multiple KOs and long over the shoulder carries. While most of the KOs do feature the traditional Atemi style single punch belly attack, the girls add a few more of their own touches, resulting in a multi-segment KO fest fans of this series are sure to enjoy!

If there’s one thing I want more in my life, it’s Bat Tracy. I hope there’s a follow-up to this with her on the losing end from the Vampiress wearing what she’s wearing here.