“Agents vs. The Vampiress” from Sleeperkid 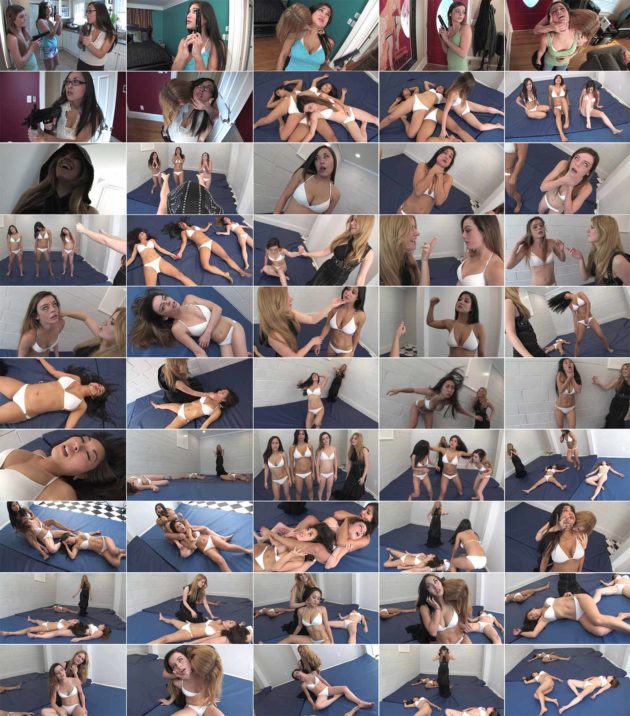 We fade in on agents Sumiko, Saya Savage, and Avery making their way into a house they think belongs to a criminal who’s been kidnapping women in a nearby town. The three split up only to discover a horrible truth: that a VAMPIRESS (played by Jacquelyn Velvets) has been dining on the missing victims! One by one, the agents fall to the Vampiress’ bite moments after she appears behind them.

We then fade in on all three agents in Jacquelyn’s basement lair, all dressed in virgin white bikinis. They come to but the Vampiress appears, freezing them with her mind powers! She chokes them without touching them, slowly draining them of consciousness as they stand there. They finally pass out, still standing until the Vampiress releases them!

What follows is a 1 on 3 torturous destruction…as the evil vampire toys with her victims, knocking them out repeatedly until a final set of blood sucking bites leaves all three agents down and out…destined to be future meals for the vicious Velvets!

Loved this vid. I thought the first set of takedowns of the agents seemed a bit truncated & incomplete, but once they’re in SKW’s mat room, it’s some great KOs of three lovely models.