“Alien vs Super Heroine 2: The Mothership” from Anastasia Pierce 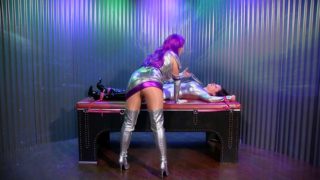 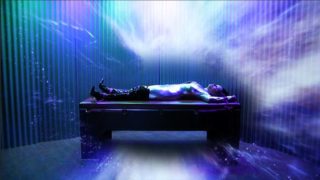 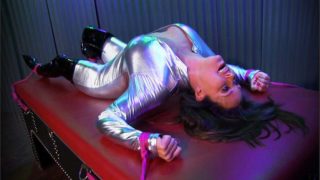 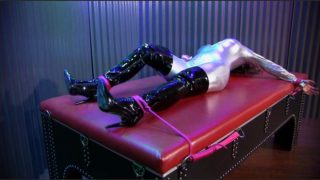 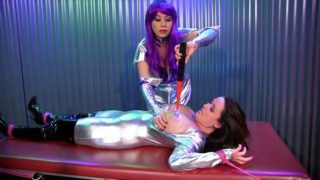 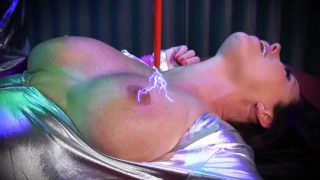 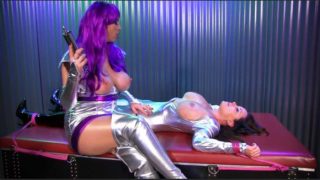 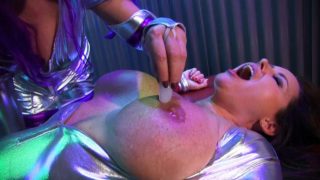 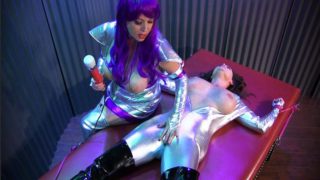 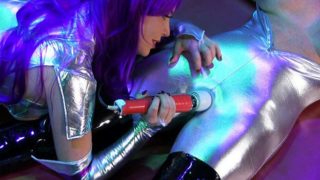 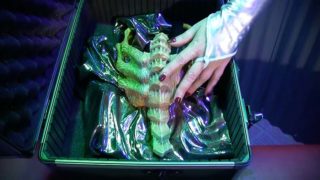 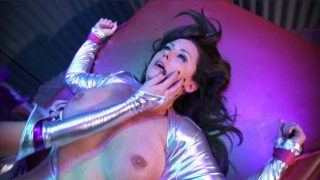 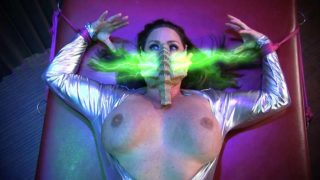 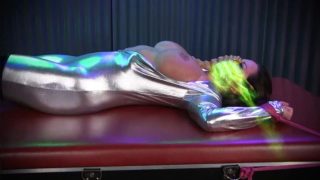 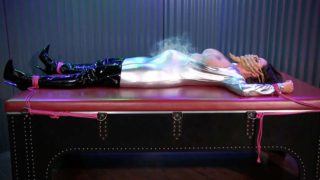 Synopsis: It’s a war of the worlds. Alien have been a threat to humans for months now. They are taking over our planet and one by one eliminating the only people who can protect and save us: the super heroines.

Recently (see episode 1), Golden Avenger (aka Christina Carter) was viciously attacked, neutralized and teleported to the Alien mothership by an Alien, a huntress of her kind.

Now the Super Heroine wakes up in a cold an empty space, the Alien Mothership. She has been subdued, tied up and is going to be subjected by the Aliens to different types of experimentations. Aliens are determined to test on her and solve some of the mysteries of humans that remains unsolved.

The Helpless Super Heroine is desperate to escape and doesn’t know how much longer she will be able to sustain the Alien scientific procedures that entails test of: fear, sensitivity, breathing, pleasure, orgasms control and even worse!

The Super Heroine has also been selected to be seeded and inseminated by an alien species ( a Facehugger) to carry a thousand alien life inside of her.

The Alien will be using our super heroine as a breeder for their species so they can colonize our planet soon.

If you have missed part 1 here it is:

Special thanks to Rob – www.flyingsuperheroes.com for the extra help with the special fx

Wow ! Christina look amazing in that silver catsuit and black boots !! Keep up the excellent work you do Anastasia !

any chance we can get a sequel where she has no choice but to birth the aliens even though she doesn’t want to?

I purchased this sequel last friday the first of December, personally I was hoping for a continuation from part one, where the gold avenger aka Christina Carter, having been drained of her powers, then her soul, leaving just a beautiful shell was transformed into something else by the victorious Alien (Anastasia) and in the final scenes of part one we saw Christina lose the final vestiges of her alter ego gold avenger, her gold knee high boots disappeared in the black alien transforming fog, to leave us with a transformed gorgeous Christina in a silver catsuit and raunchy black shiny… Read more »

Hello DymondChris Shame ? Really? That seems …unnecessary! I know I was clear and not misleading in my description of episode 2 and what takes place on the Mothership. There is no description of sex zombie. That is a completely different scenario. Any types of scenario can be shot , anytime. Would you be interested in a custom video? I can shoot part 2 in a different way with your take on it. It’s no problem at all. But I believe I was the one directing part2 this time around and my take on it was that being a Super… Read more »