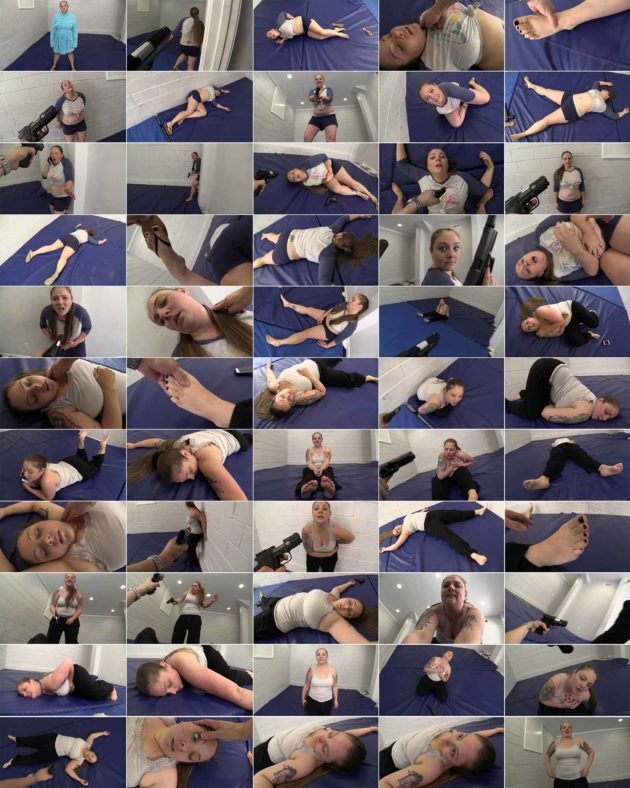 We fade in as SK asks his buddy Katja to act out a few key scenes for an upcoming crime show audition…one where he plays a hitman and she plays several different victims that get “taken out” with his trusty hand gun! Katja happily agrees and the two go to work, delivering a ton of quick elimination scenes, with SK playing the POV hitman and Katja delivering an amazing performance as his unfortunate victims! 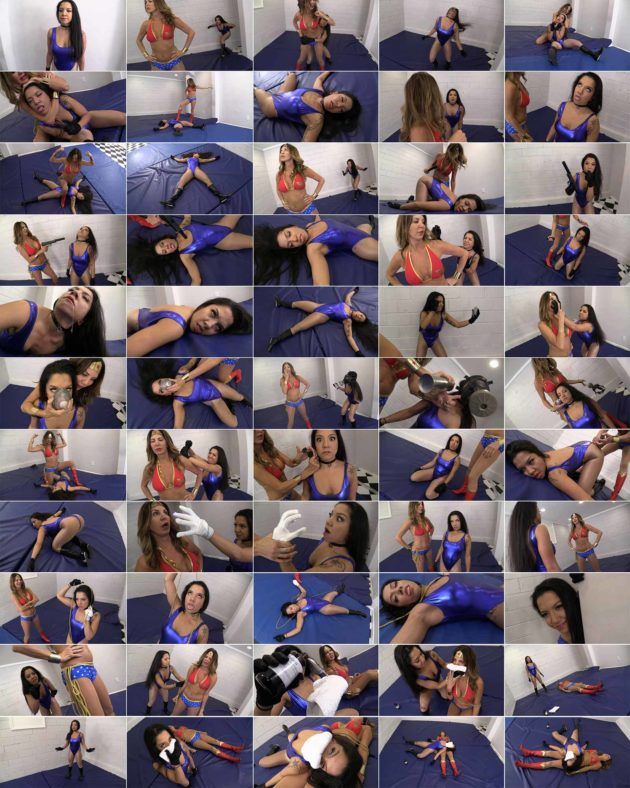 We fade in on a very nervous Agent Jinx as her boss gives her ONE last chance to prove herself to the agency. She is to enter a VR program and eliminate the powerful Wonder-Woman (played by G.L.O.W. legend Hollywood) within the given time limit. And BOY does she try…only to get thwarted each time by the Amazonian Goddess. Jinx fails in comic fashion, thwarted time and time again by Hollywood…until she FINALLY uses her own lasso against her and forces her to reveal her weakness (fans of the classic “FAUSTA” WW episode will see an influence here), finishing her off with a healthy dose of chloroform before performing a self-chloro KO in order to exit the program!