“The Auroras” from Hidden Vault Entertainment 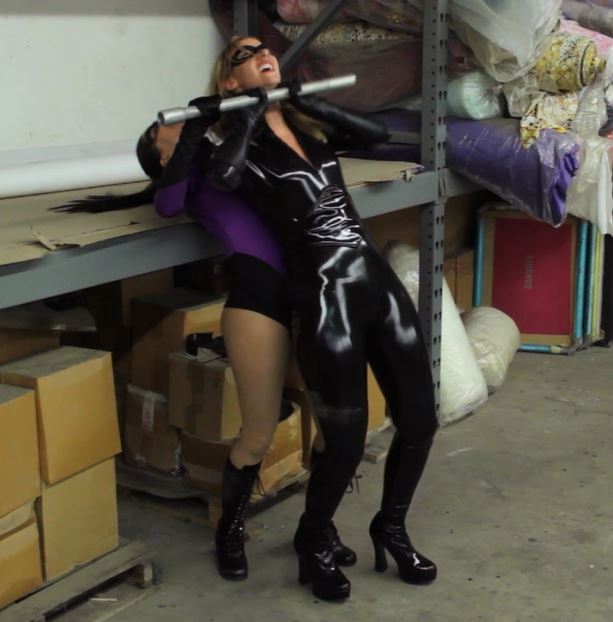 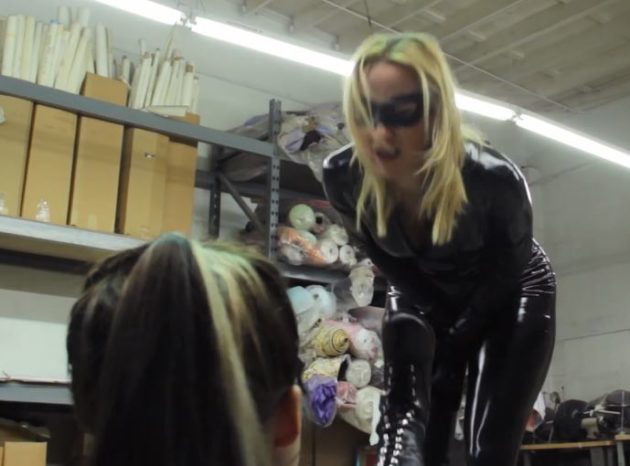 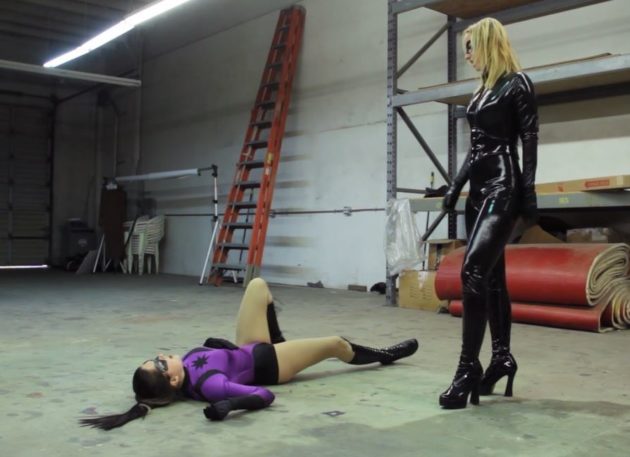 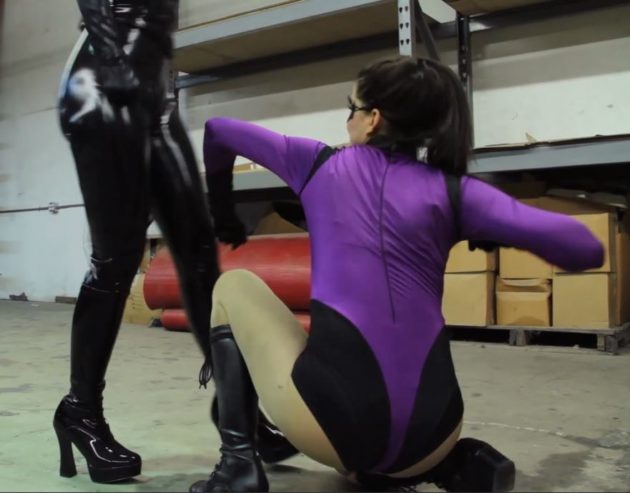 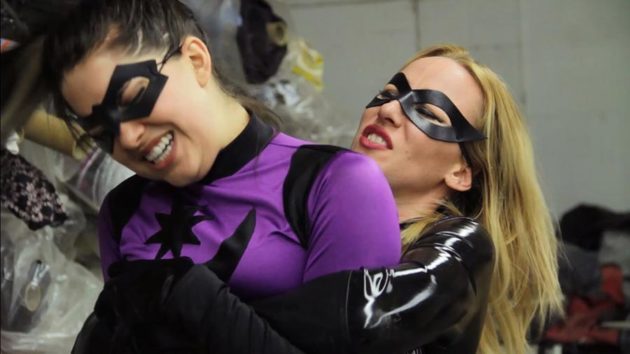 ZORYA one of the two guardian goddess sisters of THE AURORAS, is summoned by a nemesis from her past named LUNARA who holds a serious grudge against the heroine. The villainess challenges Zorya to a fight, vowing not only revenge but to also reveal Zorya’s human identity.

Purchased recently. LOVED IT! Yes agree villainess looks super hot in that latex outfit!
Great camerawork, no stupid shaking of the camera like you see in other co’s.
Hits were on point, really good low blows. Super high video bit rate, you get loads of quality for such a low price. If they doubled the amount of blows, I’d be more than happy to pay twice the price 🙂
I hope there is a sequel to this one 🙂

The villainess in black latex look soo hot in that outfit !!

Bought this 100% for the low blows. Loved it. Ten minute video. Five low blows in all: the chick in purple takes a punch, and the girl in the black leather takes two stomps, a punch and a kick. What I liked: This video delivered! I like low blows that are spaced out a little as part of a longer fight, so five low blows in ten minutes is perfect (the fight starts two and a half minutes in). The actresses have great chemistry together, and I would totally buy another one of their fights (if they do another: here’s… Read more »

Thanks for putting up a review so quickly! Great feedback and suggestions! And we just dropped the price on TM2. Let us know what you think of that one as well.

A bit off topic, but will we see a return of mongoose for the ascent series?

Really want to see how that ends. It was such a shame that the last episode only had roughly 2 minutes of action with the beefcake crew. Hopefully we get to see them come back and put a pounding on her like she got in the first episode.

We’d love to continue to “Ascend” ;). We just need someone to step up and put up for the next installment.

The blonde looks hot, just like the hits she takes between her legs…

So Lunara is the girl in purple? She’s a beauty.

Actually, they both are!