BatCali: Into Thin Air is now available at Heroine Movies. Check out more information below. 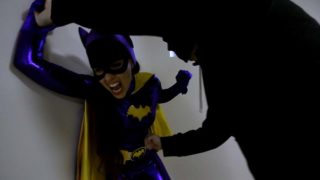 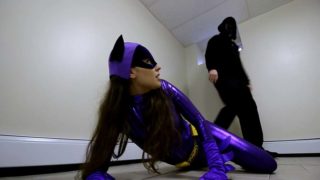 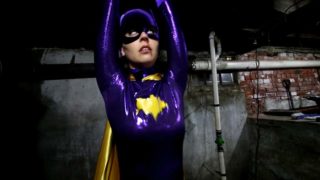 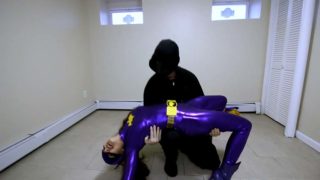 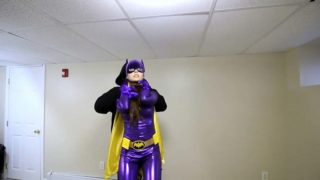 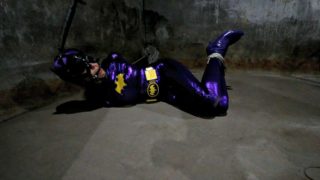 In this Superheroine Parody… The day starts out like any other; BatCali is on the trail of Gotham’s scum. She catches a would-be criminal in the act of breaking into the safe at the Mayor’s office and thinks it should be business as usual. Rough up the bad guy, cuff him, then take his sorry butt to jail!

This particular burglar, however, has other nefarious ideas. Though BatCali does give him quite the beat down, it doesnt phase him much. Besides being twice her size, he has super powers himself and just laughs in her face as she threatens him. His opportunity to show off his skills finally presents itself when he catches a wild punch and gets a tight grip on her wrists. Then with a flash of light, POOF! they are in an unfamiliar room.

Though startled, BatCali does not back down. She stays brave, continuing to fight. Things really begin to get strange when the thug begins to disappear and reappear, making it impossible for her to land a punch. She spins around hopelessly trying to catch him, but he is some sort of teletransportator and he has her completely confused!

The Vanisher has his fun with the stupid superheroine- beating and bumping her around the room like his little play thing. As the beating continues, BatCali’s courageous stance begins to diminish. Valour turns to fear with every punch to the face she receives. Her captor takes great pleasure in her pain and finally scoops her up for another ride through space.

This time, they arrive in a dark, cold dungeon where no one will hear BatCali’s screams. The superheroine is strung up, arms over head, for some brutal punishment. Her face and stomach are the brunt of a brutal beatdown.

To humiliate his helpless guest, The Vanisher removes BatCali’s mask. Cali Gordon?! Who would have known….And to make sure she doesnt get too comfortable, her removes her boots, stretching her body even more than before.

Finally, the villain grows board of BatCali and leaves her tightly bound and gagged on the dirty floor to struggle and cry until he is ready to play again…

still waiting for MAV’s custom videos to be released….

Always great to see new content from Cali. She is probably one of the original ones to get me into this whole punished heroines genre., so it’s great to see her still doing stuff. I’ll most likely be grabbing this one soon.

Cali’s a great batgirl. Glad she has some AOH action in this even if I’d rather have her out of costume 😉