“Bats For Cats” and “Laid And Betrayed” from Velvets Fantasies 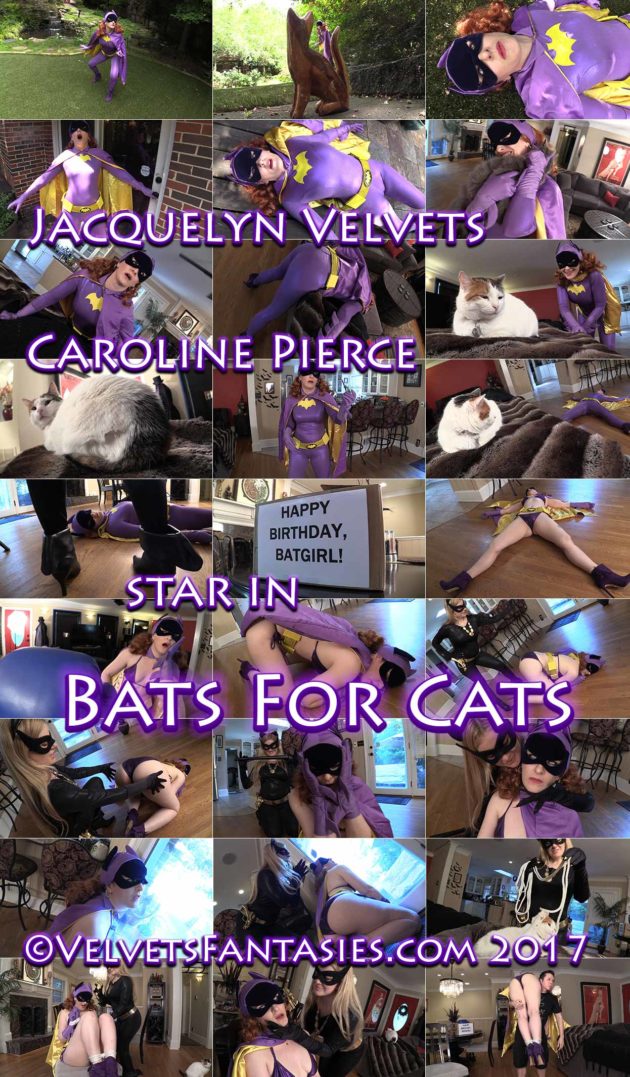 Based off a custom script! We fade in on Gotham’s very own Batgirl (Caroline Pierce) as she makes her way through what she believes to be Catwoman’s lair. She carefully traverses the backyard, only to hear a meowing sound from a nearby cat statue. She investigates and gets a face-full of sleeping gas for her troubles! Batgirl comes to groggily, making her way to the back door. She grabs the handle only to get electrocuted into unconsciousness. Turns out Catwoman’s been working with the Joker as of late, so booby traps are definitely on the menu. A stunned Batgirl comes to and carefully makes her way into the house. She avoids a second cat statue but finds a REAL cat. It’s too adorable not to pick up, which leads to the kitty attacking the Caped Crusader, sinking its fangs into her neck and delivering a knockout chemical into her bloodstream. Batgirl is knocked out yet again!!! She comes to and sees ANOTHER cat (the devious and beautiful “Catniss”, making her Velvets’ debut) laying next to her. She inspects and watches in horror as a small tranq dart is ejected from underneath the cat’s fur and hits her in the neck! Batgirl drops like a stone and wakes up a few minutes later. There’s a box on the table marked “HAPPY BIRTHDAY, BATGIRL” that she approaches with childlike wonder. The boxing glove that ejects when she opens her “gift” hits her squarely in the jaw, sending her down for an even LONGER nap!!!

Just before you think things can’t get any WORSE for our heroine, THE Catwoman steps in and has some fun with her slowly-recovering prey. She uses THREE steel bats of different sizes to knock Batgirl out, stopping only when she’s satisfied that she’s used the one that’s “just right”. She then allows Batgirl to escape, only to take her down with her own Batarang! Cackling, Catwoman makes her way to one of her furry minions and asks her to tie Batgirl up! We fade in on the bound Batgirl as she wakes up. Catwoman reveals that the Joker paid her a LOT of money to capture and deliver her to him. A terrified Batgirl is zapped unconscious by Catwoman’s kitty-gun, with her enemy’s goon (SK) stepping in at the very end for a final over the shoulder carry out of the room!

What will become of our hero??? 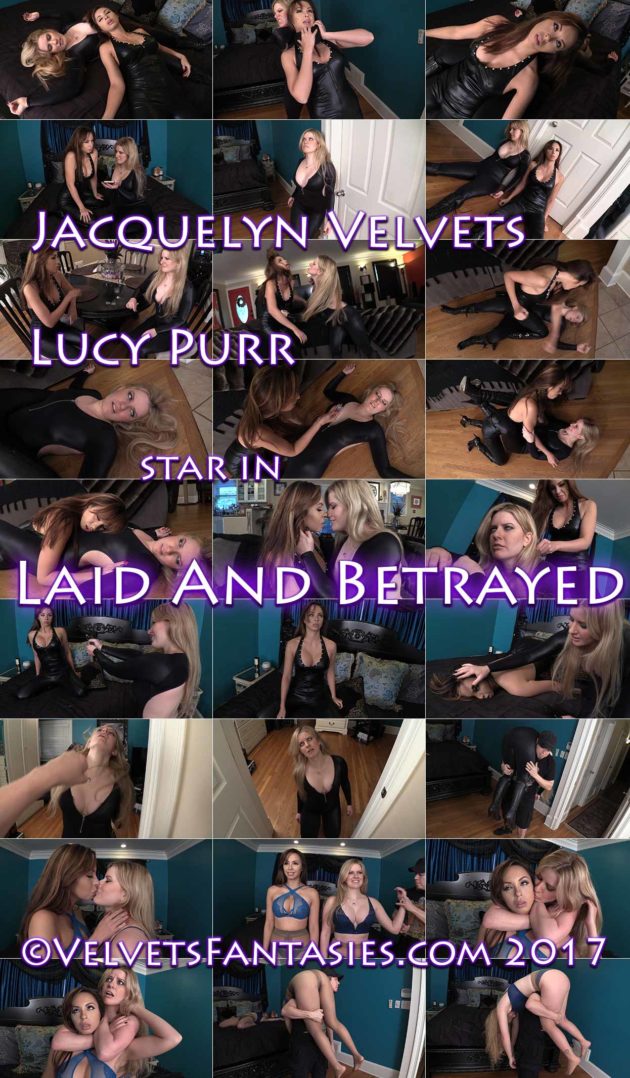 Based on a custom script! We fade in on two of the world’s best secret agents (Jacquelyn Velvets and Lucy Purr) unconscious on a bed. Agent Purr comes to and explores the room, only to have Agent Velvets wake up and attack her from behind. She traps Lucy in a choke hold, demanding to know where she is. Lucy tries to tell her that she’s not her captor but Velvets refuses to believe her. As she nears unconsciousness, Agent Purr slams her her skull into Velvets’, knocking her out right before she too passes out on top of her. Minutes pass and the ladies wake up…this time deciding to team up and find out what’s going on. A voice (SK’s in this case) fills the room, telling the agents that he kidnapped them in order to offer them high-paying work for his group. Jacquelyn refuses and goes for the door, but a series of sudden shocks electrocute her into unconsciousness. SK tricks Lucy into doing the same, leaving us with two lovely and sleeping agents, resting side by side on the floor.

The story continues…and we watch as both agents do battle due to betrayals, only to end up as lovers after a successful job. When they try to rip off one of SK’s clients, however, the boss man commands Lucy to “terminate” her partner. After a sexy massage turns into a sudden pressure point KO for Jacquelyn, Lucy moves in to snap her neck but can’t bring herself to do it. A confused Jacquelyn comes to and pistol-whips her lover, only to take a sudden POV punch KO from their boss as she tries to escape. The bossman carries Velvets to the bed and leaves both ladies resting as we fade out…and back in to the agents, clad in sexy lingerie, kissing tenderly. It appears the two have made up, but as the camera pulls back we see their boss smiling as he commands them to stop. A secret hypnosis serum has turned the agents into his personal playthings, and SK delights in making them knock each other out (via a sleeper hold and neck pinch) while they caress and kiss each other on the bed. After both ladies are out cold, their boss decides to prepare a long night of fun…after over the shoulder carrying BOTH beautiful bodies out of the room.

The Batgirl vs. Catwoman video looks outstanding. Have you thought about making one with these characters, that involves unmasking each other, and revealing their secret identities? Those are always my favorites in the genre. Keep up the great work.