We’ve mentioned in the last few posts how Kick Ass Kandy has started making two different types of films. Of course, they still make their bread and butter female domination films. But every now and then they make a film where the bad guys are a bit more competitive than usual. And the newest release, Blade Kickass, falls into that competitive category. 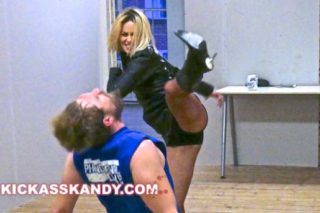 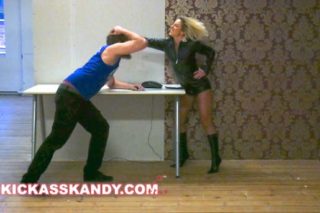 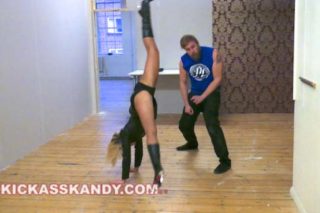 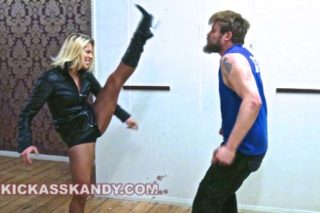 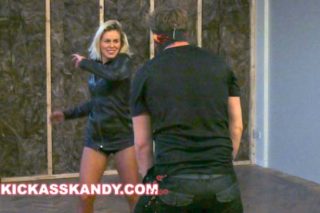 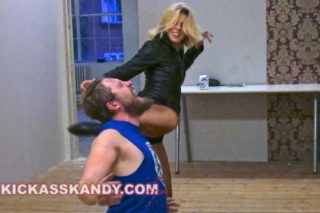 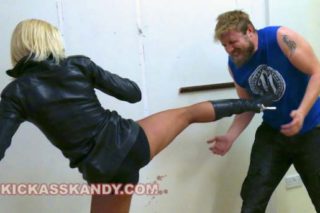 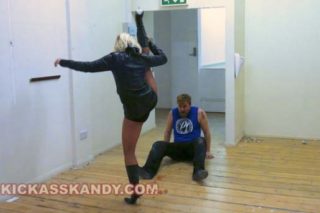 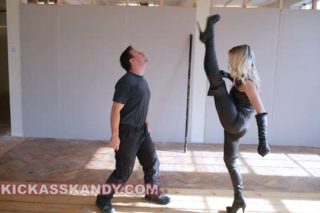 Blade Kickass stars Aish and Erica, two newer additions who have really caught the attention of KAK fans, and they do great work here.

Each girl fights on their own and make no mistake these aren’t even battles. The girls do win handily. Just not as easily as they usually do.

One moment I thought was really well done (part of which you see in the trailer) is where Aish is rammed face first into a wall and then dropped into a backbreaker. You don’t see a lot of those type of wrestling/power moves in KAK films. It felt new, which is alway welcome in any of the films we cover here.

How is the backbreaker? Also for some reason I am not able to get this video. I log in to PayPal and it keeps on loading. Nothing happens. Cant get to the payment screen.

I got it ! it is GREAT ! Aish is a new superstar ! Thank you for the backbreaker, there is a superb moment when the poor guy fights back 🙂 , I really wish to see Aish knocked out cold in the future with her beautiful abs exposed !

Keep up the good work

That low blow is awesome. Can’t understand why the few low blows in Kickassfemmes sucks. Women are ashamed to hold their crotch?