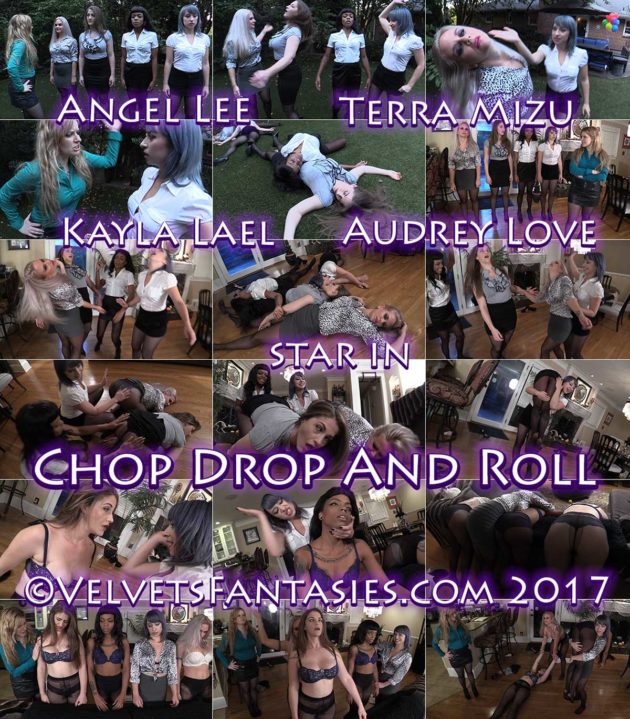 It’s that time again. Time to weed out the real agents from the wannabes. Master Agent Jacquelyn Velvets has been tasked to do just that, stalking her students (played by Terra Mizu, Kayla Lael, Audrey Love, and Angel Lee) as they take each other on in a series of knockout contests to see who’s skills merit a pay-raise and a promotion. Her underlings perform beautifully, doing their best to take each other out…stripping downed combatants as they slumber, until a final volley of knockout attacks leaves two ladies (spoiler alert: it’s Angel and Kayla) in a position to KO, carry, (and drag) their classmates out of the room!