Sleeperkid has released a couple of new videos which may appeal to superheroine fans: Harley’s Trap: Version 3.0 and A Collector’s Story 21. 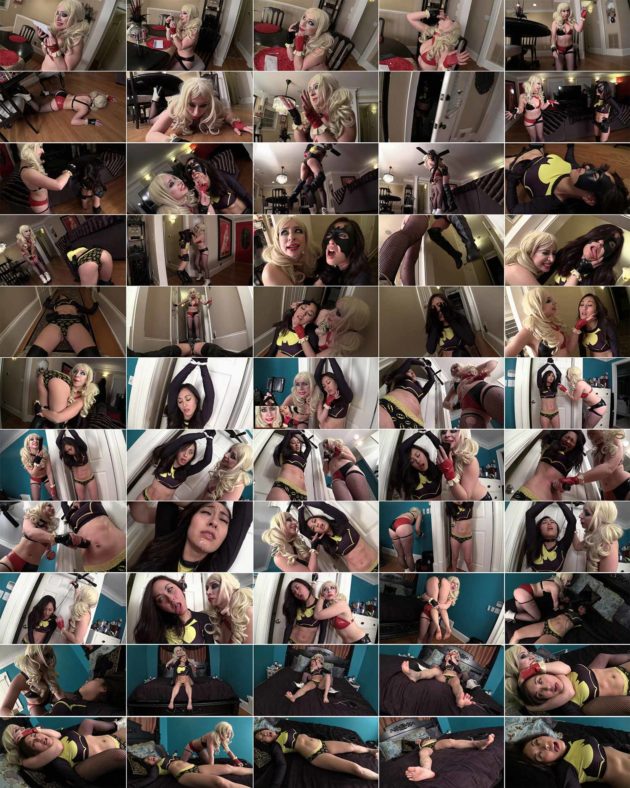 45+ minutes of superheroine torture, KOs, and MORE…starring the incomparable KAYLA LAEL as Harley Quinn, and Sumiko as BATGIRL!!!!

We fade in on Harley Quinn receiving an experimental new potion in the mail, one sent to her by The Joker. She drinks it and passes out…only to awaken with brand new abilities that she decides to use on a VERY pesky enemy! She arranges for Batgirl to find her lair…and when they face off Harley DARES her to take a free shot. Sumiko lands several, but they have zero effect! Harley catches her next punch and forces the do-gooder down to her knees, sending massive knee strikes to her jaw…only to knock her out with a standing bearhug!

Batgirl tries to escape but Harley knocks her out with an extended single handed (and elevated) choke! We see Batgirl’s boots kick and struggle as she slowly passes out, her tongue protruding from her still lips. Harley continues her torture, removing her rival’s mask and slamming fists into her face and laying her out COLD with an uppercut that leads to a perfect over the shoulder carry! Harley cackles as she shows the limp heroine off…and we suddenly fade to black.

Moments later we see Batgirl unconscious, her hands tied above her, as Harley live-streams her captive to the world and records the upcoming torture for all to see! Harley completely destroys Batgirl with a long series of belly punches, a belly punch KO, post KO attacks, drooling solar plexus punch KO (spit take), blackjack strikes to the belly, blackjack strikes to the head (KOs), tazer torture, tazer KO, convulsions, and a brutal CHAIN strangle/hanging scene that turns Sumiko into a dangling, sleepy mess! Harley decides to finish by taking Batgirl out for good….untying her and trapping her into a sleeper hold that she plans on keeping on tight until Batgirl is gone for good! The sounds of sirens stop Harley from doing just that, however, and she makes a frantic escape, leaving a twitching and drooling Batgirl barely alive on her bed!!

(includes outtakes, alternate takes, behind the scenes footage, and more) 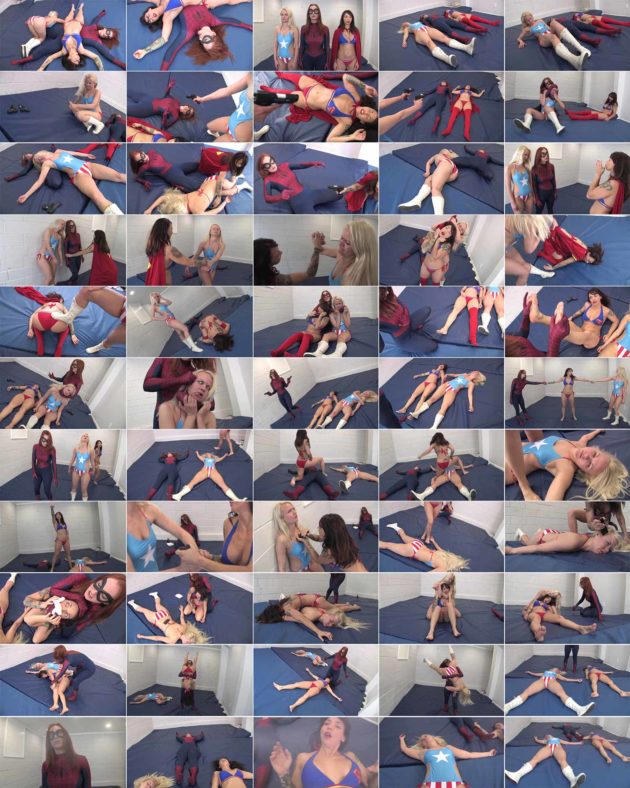 We fade in on superheroines Alisa Kiss, Gia Primo, and Jessie Belle piled up and unconscious on the ground. The Collector’s voice fills the room, reminding the citizens of HIS city that no one will EVER take him or his underlings down! He then provides a highlight reel detailing exactly how the heroines ended up in this terrifying situation (via capture, hypnosis, and forced battle)!

Sumiko in SHIP is always a winning combination for me. Can’t wait to buy that one.

Sumiko does great peril work as usual, and she’s defiant as well for the others that also like that and AOH