Greetings from Heroineburgh in Pittsburgh, PA! Since we only release our batches of videos once every few months, we thought it proper to tide you over at our production ‘half-way’ mark with some exciting news. We have finished filming Episodes 11 and 12 and are in the post-production stages, and we’ll begin filming Episode 13 (the Season One finale) in a few weeks. These 3 episodes will be released in early November.

Episode 11 “Doctor, Doctor” will feature the Bengali heroine Arogya. She’s a doctor at the University of Pittsburgh who acquires the power to both heal and harm human tissue, and in the process she discovers the genetic cause for the heroine transformations in Pittsburgh. She is challenged along the way by the toxic villainess Chlorina. The episodes also introduces the brutal villainess Vaporia, in cahoots with her husband, corrupt cop Mark Drake.

For your entertainment, here are four outtakes from Episode 11 (special FX added in post). We have a lot of fun on the set and the ladies did a great job!

Episode 12 “TV Eye” will feature the Latina heroine Poderosa. She’s a TV reporter and a single mother with two kids. She becomes a Super-Mom and the official superheroine of Channel 16, with the powers of super-strength, super-speed, super-breath, super-hearing, and flight. Power Girl, Supergirl, Lois Lane, George Perez and La Borinqueña provided inspirations.

For your entertainment, here are four outtakes from Episode 12 (special FX added in post). Actress Christina is amazing!

Episode 13 “Empire State Humans” will feature the German millionaire heroine Frija. She’s a successful immigrant who owns a chain of fitness gyms and nutritional supplement stores, supports the Republican party, and then becomes the strongest woman in the city! A reworking of the Jane Foster Thor mythos and Arnold Schwarzenegger were influences on the character. She fights the superpowered criminal duo Fox and Hound, and then contends for the leadership of the Heroine League. Almost all 20 heroines will return for the second half of this episode, with more superheroine combat and superpower usage than ever before! It’ll be the finale of Season 1.

We don’t have a photo of Frija yet (we’ll update this post when we do) but here is a video of her foe, Fenneca the Silver Fox. Resemblances to Black Cat are not coincidental. Thanks for reading our update! Now venture below to catch up on all of our episodes.

And now a reminder: we have available in Summer 2018 episodes 1-10 from Season 1 of Heroineburgh!

Heroineburgh is a PG-13 live-action superheroine video series based in Pittsburgh, PA. The first season (13 episodes) creates an entirely new universe, revealing the origins of 20 superheroines who gain their powers from a dark-energy meteor which bombards the city. They form a League to battle foes arrayed against them, both within the city limits and across the nation. The superheroines represent various ethnicities, professions, orientations, subcultures and neighborhoods in Pittsburgh, with many real and recognizable locations used for film shoots. The series has been positively reviewed in several regional publications and is about to receive national exposure on some comic book/pop culture websites.

The first ten episodes are now on sale for download at HEROINEBURGH (http://www.heroineburgh.com) in the Video Store.

Here are the three trailers for Episodes 1-10. Episode descriptions below.

Episode 1: “Anger is an Energy” introduces the cyberspace heroine Cybrina and the anti-heroine Red Gina. 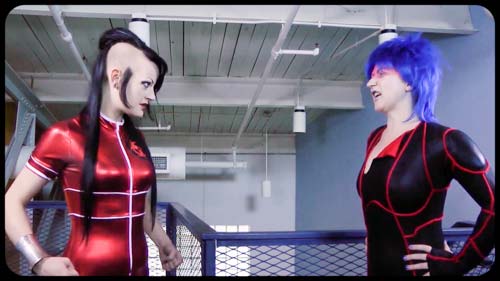 Episode 2: “I Bring You Fire” introduces the heavy-metal Satanist heroine Hellfyra and the villainess Mesmera. 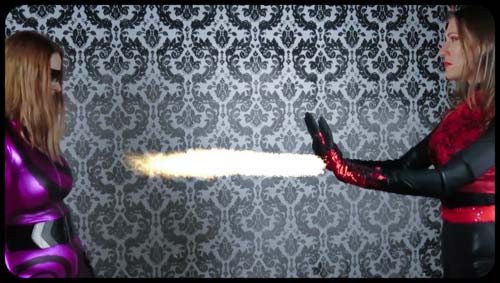 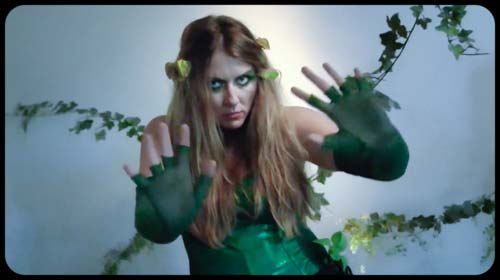 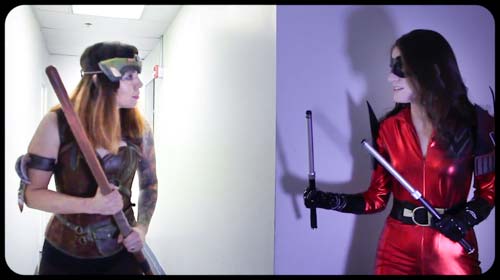 Episode 5: “I Will Follow” introduces the Irish warrior heroine Fianna. 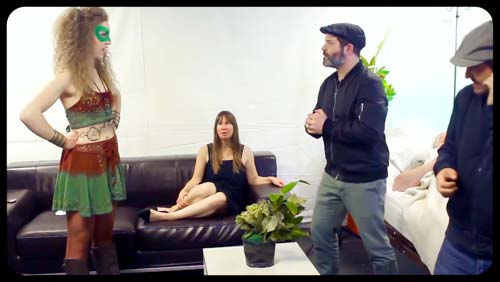 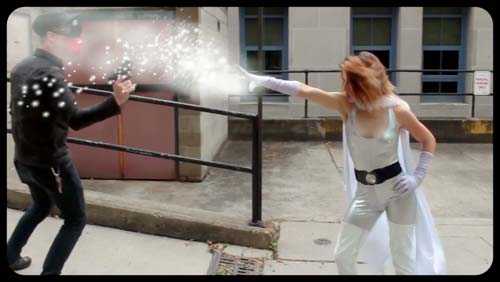 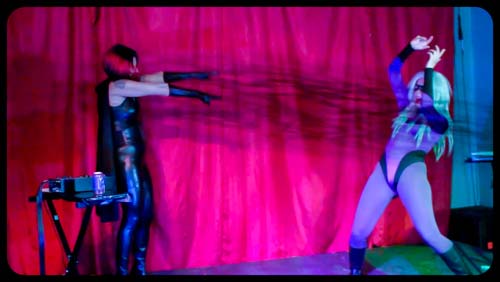 Episode 8 “The Liquid Engineers” introduces the Chinese heroine X-Machina and the villainess Dysphoria. 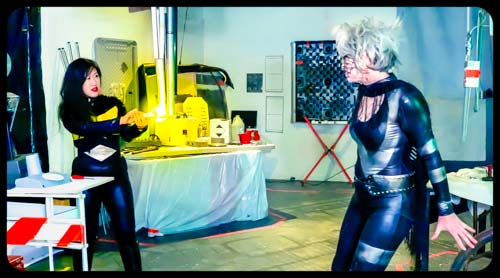 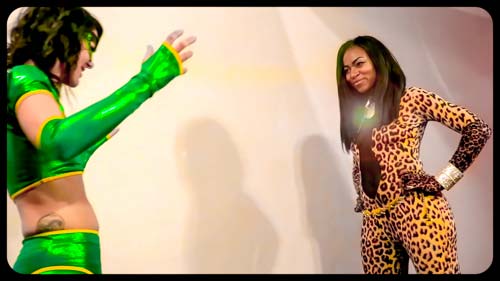 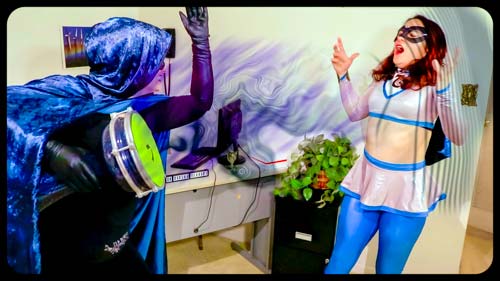 Videos on sale at HEROINEBURGH 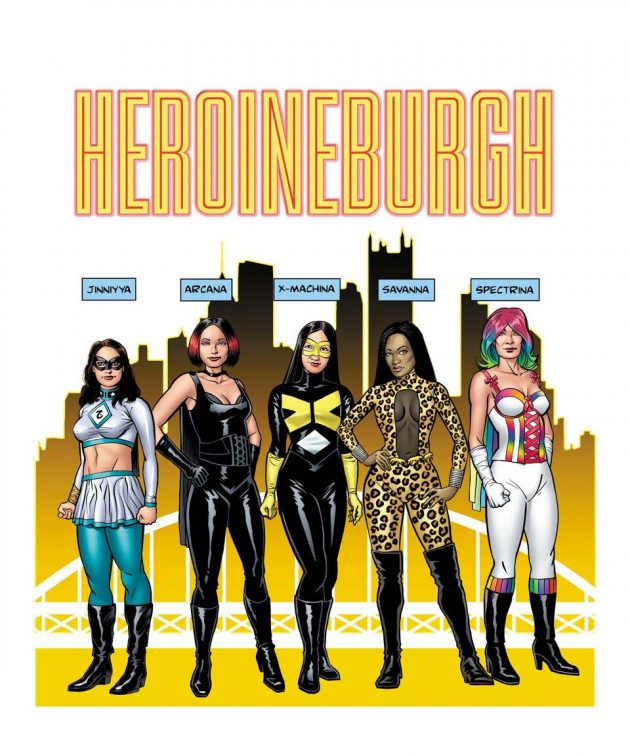 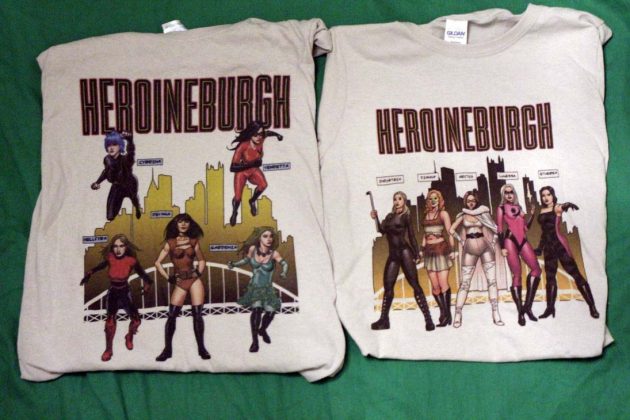 Yes, Poderosa will be awesome. And in Episode 13 you’ll see some brief appearances by heroines from other cities you might recognize 😉

By the way, we now have our first official super fan – he ordered 2 episodes earlier and bought the other 8 yesterday, so he’s the first customer to own all current Heroinebugh episodes. Amazing. We’re going to send him a big reward package. Anyone who buys 5 episodes or more, the offer stands to send you a T-shirt and poster!

I’m looking forward to the Poderosa episode. She looks great and has an interesting backstory.