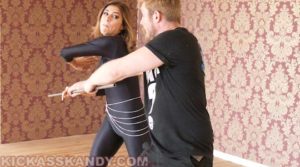 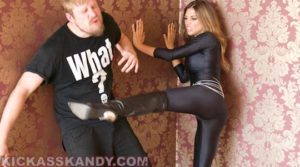 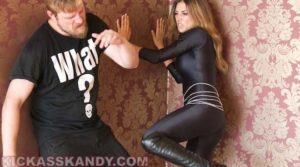 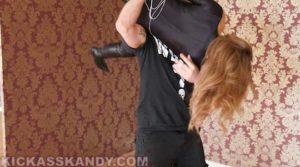 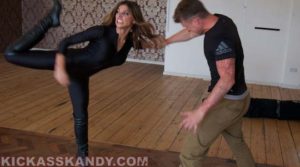 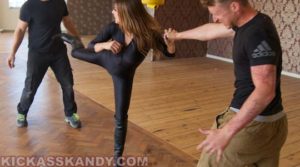 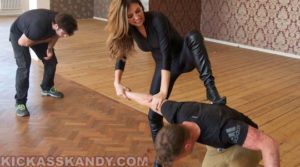 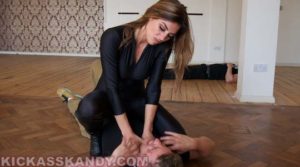 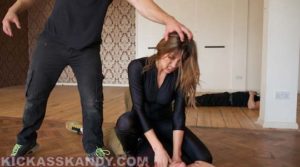 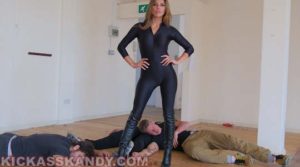 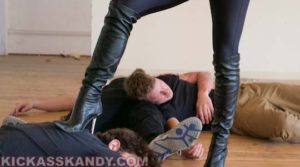 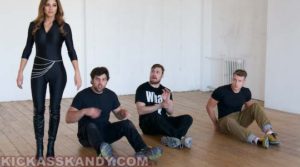 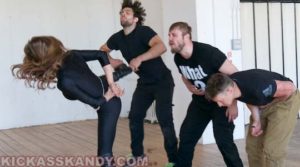 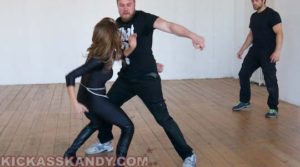 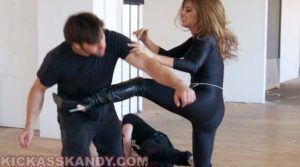 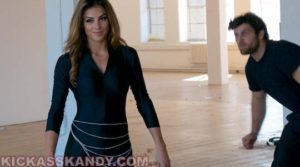 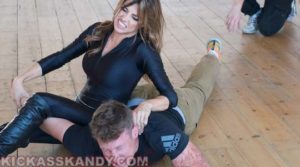 When 3 deadly mercenaries are caught after infiltrating a top secret safehouse the Government want to know how they did it. Nobody can get them to talk so they call in the expert….KIX… and once she’s finished with them they beg tell her everything! Kix offers to give them a chance, she unties them and tells them they won’t get hurt if they confess. They laugh – big mistake!

Kix launches into dazzling action and rips these men apart – all at the same time! Her spinning kicks are unstoppable and her lightening quick fists destroy them. These guys are getting demolished and Kix remains cool, calm and amused throughout – after all, it’s just one of her versus 3 of them! This is end to end classic Kix action, a total knockout!

It is boring when the Divas always win. You have the best outfits in this genre for peril but stil no peril in your videos. 🙁