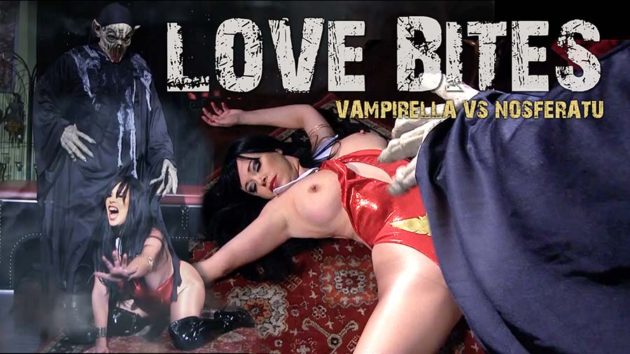 Nosferatu vs Vampirella – Monster vs Super-Heroine. Part 1 and 2

This Vampire story should definitely entertain you, It’s a tragic love story between what is now a monster aka Nosferatu and a heroine aka Vampirella.

I absolutely made up this story as they were never involved but I thought they would be a great match!

I am releasing the story over 2 weeks, Part 1 and 2. There is no plans at this time to release it as a full story. So please don’t look for a full version at this time. Part 2 will be released next week. 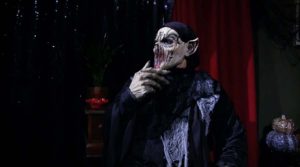 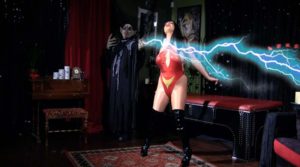 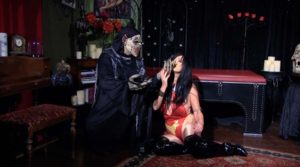 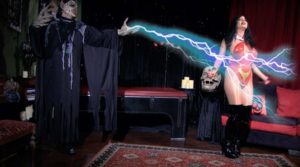 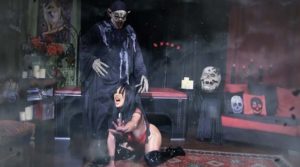 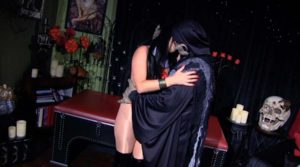 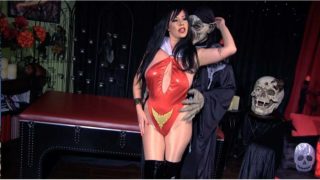 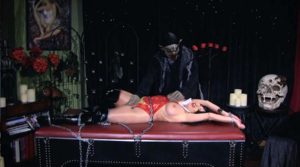 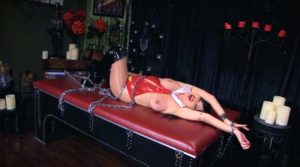 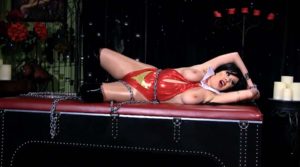 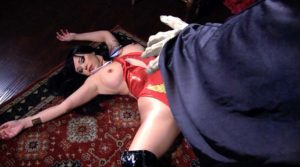 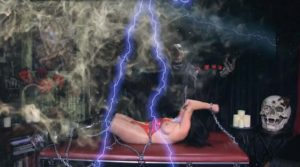 Starring: Anastasia Pierce as Vampirella and Nosferatu as himself

Summary: Nosferatu is Vampirella’s maker. She owes him her life. They have been inseparable companions since he turned her into a Vampire. The bond they share is complex and glorious. Every 100 years Vampirella and Nosferatu reunite for a passionate and tumultuous night together far alway from the living. They lost souls reunited once again.

It has been 100 years since their last meeting…
But in the recent years Nosferatu has been rapidly aging. He became a monster. When Vampirella sees him, she is taken back by his new appearance. Even though he tries to court her, she refuses him and no longer wants to share the bond they once had..

Victim of his condition, he still lust after Vampirella and won’t take NO as an answer. His anger will overpower him and he will use dark powers against her. And truly become the monster he is.
Knowing his love is doomed, he has nothing left an becomes the predator he has always been. He must have her or his existence will be meaningless without her. And take her against her will…

It was Love at the first bite.

Thank you so much for both the good and the bad feedback, glad to be receiving your opinions. First thank you for the tummy comments. I guess I need to show you more often that part of my body! You wont have to wait long for part 2 it is going to be release in just a few days , on Friday. I am not charging extra for two parts. $1/min like most producers on all my stories. I just find it easier sometimes to release stories over 20 min in two parts over two weeks. For several reasons. Mostly… Read more »

It’s annoying when they have what you want and don’t give it to you when you want it for the price you’d like to pay. I know I was really annoyed when I finished watching Infinity War. There is no reason to make us wait for part 2. Heck, I didn’t even get a copy of part 1 on Blu-Ray with my ticket. They wouldn’t even sell me one until months later. Expert porn tip: make a playlist for your parts. You can even include times in your playlist to skip right to the good parts. Expert life tip: you… Read more »

I don’t follow Marvel. I have no idea what you are referring to about Infinity War. I only buy full videos that I want. Prices are never an issue in SHIP. I have never seen an outrageous price from any ship producer. It does not make sense to buy all the parts and the full video. Why would I spend $50 for two parts and six months later the full video is released for $40? Stores normally sell parts at higher prices than full videos even if they release the parts and full video on the same day. Would still… Read more »

Yeah, so you couldn’t go with the skimpier version of the costume? Just saying.

Yeah. I thorght that was well. I think Anastasia seems to be needlessly selfconcious about her belly. you notice most of her outfits hide it. not that there’s anything wrong with her figure in reality. when we do see her belly, as in that genie video recently, there’s nothing wrong with it… she has a lovely slim waist. just women I suppose. if they don’t have a visable six pack and a 19 inch waist they get it into their heads they’re fat. but yes, a skimpier outfit… discarded about half way through the movie… would have been better.

A full version is something I think is something that producers like to do if they can for their viewers or if it is requested enough from frequent buyers. It isn’t something I would expect to see but still sometimes hope for if the story has many elements I really enjoy watching. This particular video doesn’t have much of what I enjoy in this first part so I and hoping there will be a few more in the next one, besides not having my favorites it still looks very interesting and different than what ms Pierce usually releases and if… Read more »