Here’s a look at two new releases from Sleeperkid: Luna’s Secret and A Collector’s Story 22. 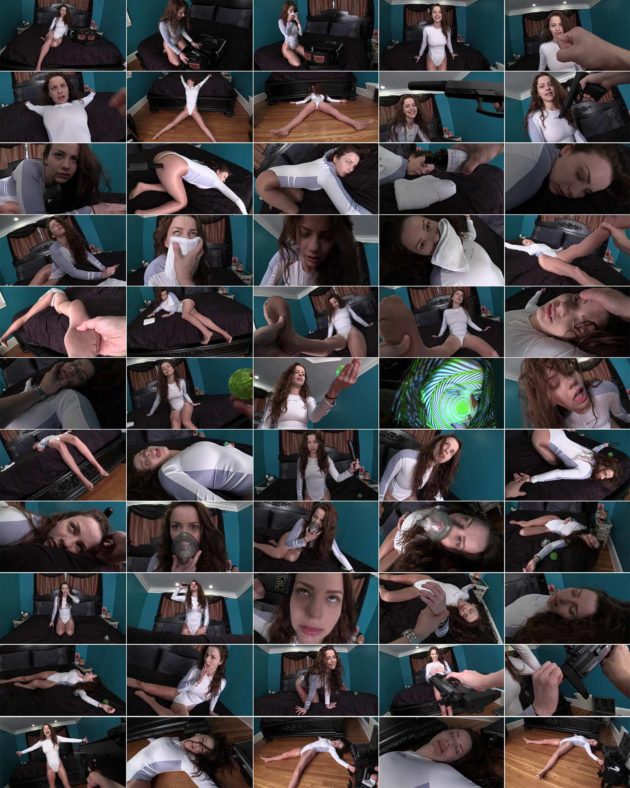 We fade in on SK (via POV camera) getting ready for his date with the lovely Luna…but she has OTHER plans. She invites SK into the bed room and confesses her attraction to knockouts. She tells him she used to watch sci-fi films when she was younger that featured cute sentry girls wearing the SAME kind of suit she’s dressed in getting knocked out by “badass ninjas”…and it started her desire to roleplay getting knocked out. SK is understandably surprised but decides to indulge Luna, agreeing to “knock her out” repeatedly, if only to let her explore her formerly secret tastes! What follows is a very fun trip down Luna’s fantasy lane, as SK sends her to dreamland time and time again, culminating in a special toy she asks to be finished with (spoiler alert: it’s a machine gun!) before their adventurous night finally ends! 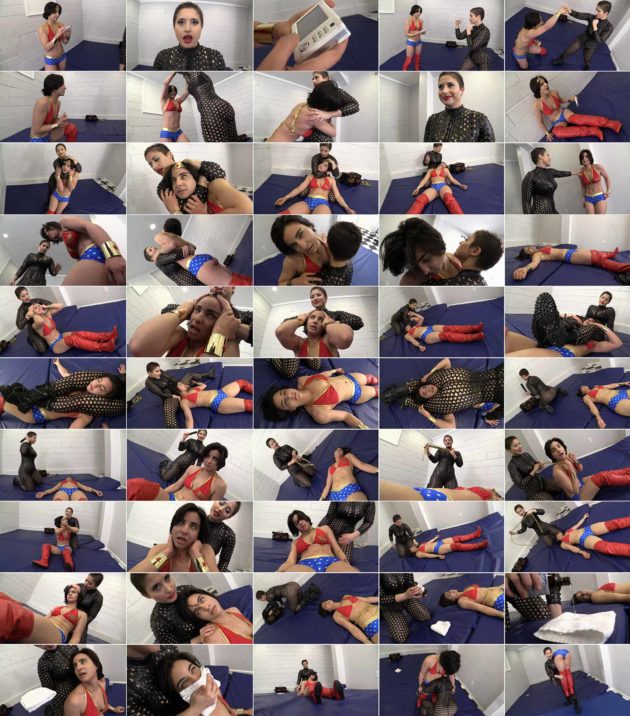 We fade in the Wonder-Woman (played by Andie Perez) checking out her newest toy: a lethal bodyguard/fembot (played by Galas) designed by one of the city’s top engineers. Wonder-Woman turns the bot on and proceeds to spar with her, but Galas is way too powerful. She nearly crushes WW’s hand after catching a punch, forcing the heroine to set the fembot to an easier setting. She tries again, blocking a double handed smash and going for a bearhug, but Galas simply pushes her into the wall, stunning heroine. She drops to the ground and crushes the controller, sending Galas into a severe malfunction. The fembot suddenly smiles as Wonder-Woman starts to panic. She announces that she’s actually been created by The Collector, an evil fiend who delights in capturing super-heroines from countless dimensions. Before she can escape, the super-powered robot traps her in a powerful sleeper hold, rendering her unconscious. What follows is a completely one-sided affair, with the beautiful and deadly Galas destroying Andie before finally carrying her away to her brand new cell…er, we mean: “home”.

I LOVE this new Wonder Woman.