Three new videos from Sleeperkid are now available, including Bat-Sumiko vs. Miss Quinn, Sentry Girls: Session 58, and Supers Being Silly. 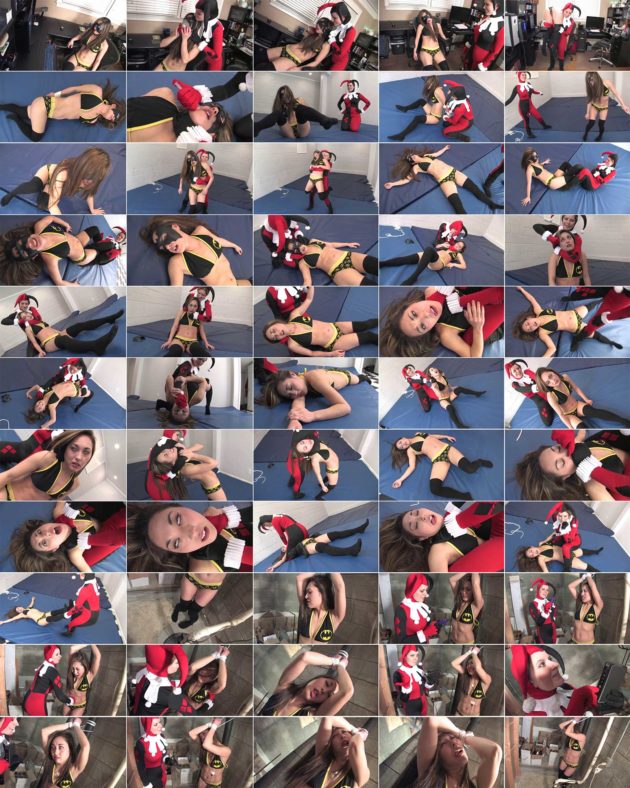 We fade in on Bat-Sumiko as she chats with the Commissioner on her computer. He congratulates her on finally bringing The Joker (who’s been taken to a secret holding cell) to justice, but as she signs off, we see Harley (played by Jacquelyn Velvets) sneak up and knock Sumiko out with a drug-laced mask. Harley is enraged at the do-gooder…and carries her off to her lair. We fade in at a bound Batgirl…slowly coming to on the ground. Harley walks up and drains a syringe into her mouth, sending a strength-draining liquid coursing through her body. Harley unties Sumiko and the heroine tries to throw several punches, but she’s too dizzy to hit her mark…all while Miss Quinn laughs at her attempts.

Harley decides to have some fun, trapping Sumiko in a reverse bearhug…interrogating her as to the Joker’s whereabouts, but Sumiko refuses to talk. The bearhug eventually knocks her out cold, but Harley wakes her up with a figure four leglock. The pain is too much for Sumiko, who slowly blacks out…leaving a determined Harley to continue her torturous punishment.

She removes Sumiko’s mask and knocks her out with a temple drill (Sumiko’s body convulsing), a thumb spike to the throat, a double handed chokeout, an over the knee backbreaker/hand smother KO, a neck clamp nerve KO, a standing dragon sleeper KO, and a final a double thumb jab to the throat KO. Despite all of this, Sumiko refuses to give up the Joker’s location…so we fade into a few moments later, with Bat-Sumiko tied up to a boiler room pipe, her arms over her head.

Harley walks in as Bat-Sumiko comes to, injecting her three times with a special drug designed to amplify any and all pain the body is inflicted with! Harley peppers Sumiko’s belly with punches and an intense belly claw that has Sumiko whimpering in pain. She eventually has no choice but to pass out, but Harley is far from done. She attacks Sumiko with a pressure point double jab to nerve clusters located under her armpits, and Sumiko’s screams eventually fade as she passes out yet again, refusing to talk.

We fade in again…this time seeing small electrodes patched into Batgirl’s skin. Harley smiles as she decides to electrocute the truth out of Sumiko. She tortures the poor heroine, whose screams never reveal the information Harley’s looking for. Frustrated, Harley turns the device up as high as it will go, reducing Sumiko to a twitching and unconscious body, dangling from her bound hands. Harley decides to take Sumiko to a new location…one filled with new toys to try out on the trapped heroine. We fade out on a mercifully unconscious Sumiko, destined for even MORE torturous pain!

Could this be the END for Gotham’s prized female crime-fighter??? 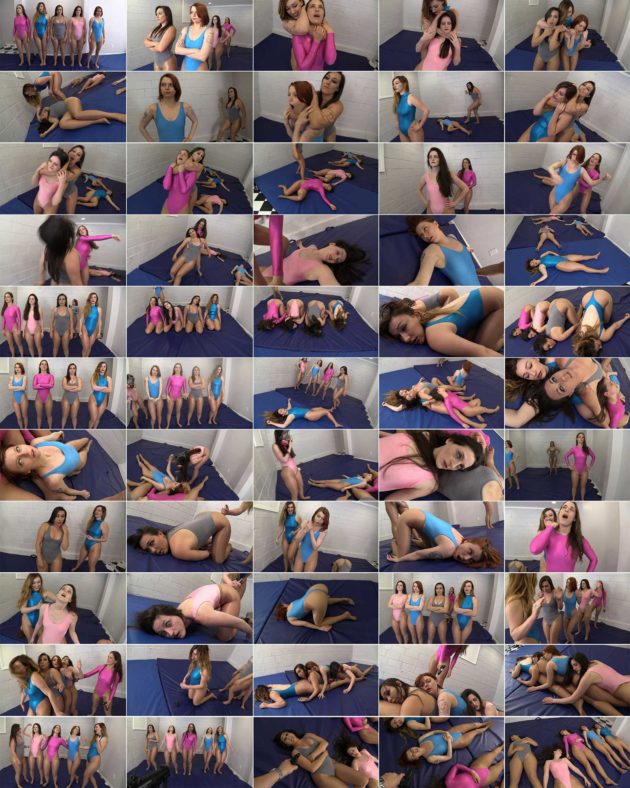 We fade in on FIVE beautiful sentry girls (played by Eva Destruction, Lila Adare, Sinn Sage, Freya, and Merry Meow) listening to their bossman’s orders. They are to report to a virtual reality chamber to demonstrate their stealth attacks for the purposes of evaluation, and they do so enthusiastically.

What follows is a barrage of multiple KOs and terminations, all performed amazingly by the trained agents…all leading to a final POV machine gunning/tranq dart series that removes them from the VR program! 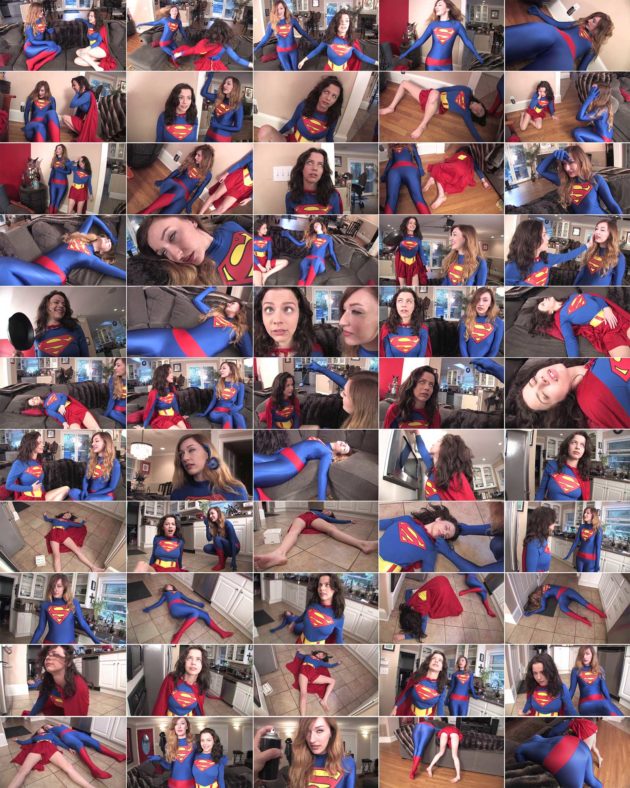 After weeks of saving lives, superheroines Luna and Lila Adare decide to challenge each other to a series of “silly” knockouts, each one leaving both girls sleeping it off until the next round hits!! The emphasis is on cartoon-like scenarios, with the girls seeing “birdies”, “stars”, etc as their eyes roll and cross. It’s a light-hearted activity that leads to multiple KOs…and a sure-fire way to kill boredom!

I have bought Bat-Sumiko after watching Bat-Tracy. This movie is also well done, and the plot is more interresting than Bat-Tracy. The actresses are good. I like the unmasking scene, but if Harley could remove the mask slower and if Bat Sumiko was resisting more, it would be better. But this movie is fun and well done, I like it.

I’ve only seen the Bat-Sumiko one which was good not only because Sumiko looks great in the bat-kini, especially while in AOH peril, but also because Velvets does a good Harley Quinn impression.