New “Fight Bots” and Other Videos from Sleeperkid

Sleeperkid has released three new videos which may be of interest to you: A Cheating Sparrow 4, Fight Bots: Part Five, and Sentry Girls: Session 68. 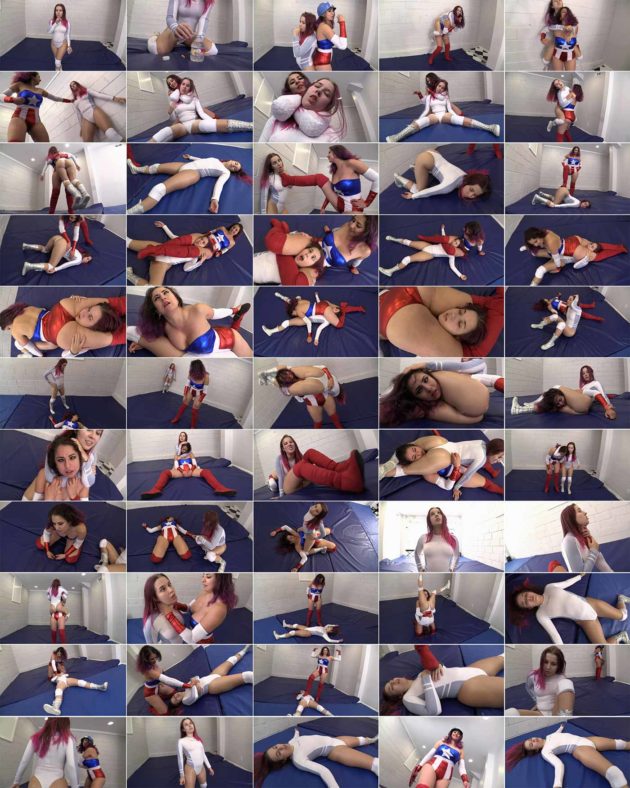 We fade in on the lovely MISS GIA LOVE (making her SKW DEBUT), decked out in an amazingly patriotic outfit as she talks about her upcoming match against Sparrow Summers! Turns out Gia has seen some of Sparrow’s earlier matches and has taken a special antidote designed to quickly push any toxins out of her system. She doesn’t BELIEVE Sparrow would stoop down to cheating, but it never hurts to be safe! We then fade in on Sparrow doing her usual worst: spiking Miss Gia Love’s drink moments before their match! The match then begins after both ladies take some sips of water, with the powerful Miss Gia taking a very early lead after reversing a piggy back sleeper attack!! Angered, Gia proceeds to dominate Sparrow on the SKW mats.

…at this point the drug has hit Gia and she groggily fights off the effects, only to finally collapse on top of Sparrow after her final scissors KO. We see Sparrow slowly come to and take advantage of the situation, dominating Gia Love with her trademark Flying Sparrow armbar/scissors KO, a textbook sleeper hold KO, a reverse neck scissors KO, a stunner KO, and a final cocky straddle pin.

Sparrow makes it to the 9 count when Gia’s hand suddenly clutches her throat. The antidote worked, pushing Sparrow’s poison out of her system in time to come back and teach the tiny wrestler a powerful lesson! She puts Sparrow into a mile high chokeout for her first KO, followed by a BRUTAL tombstone piledriver for the final pin…and the win! Gia isn’t done, however, grabbing her patriotic steel shield as Sparrow comes to and using it to clock her across the jaw for one more insulting and humiliating KO! 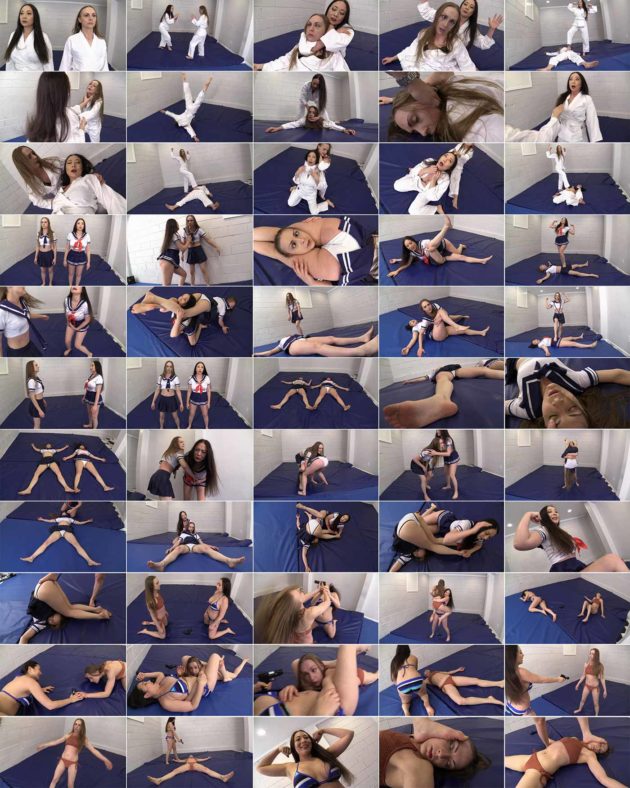 SK has built two lovely fembot/bodyguards (played by Nyssa Nevers and Anne-Marie) and decides to pit them against each other (while wearing different outfits) in order to fine tune their strengths and weaknesses! Several rounds of combat erupt, leading to tons of KOs and other brutal finishers, until SK is finally satisfied with his creations… 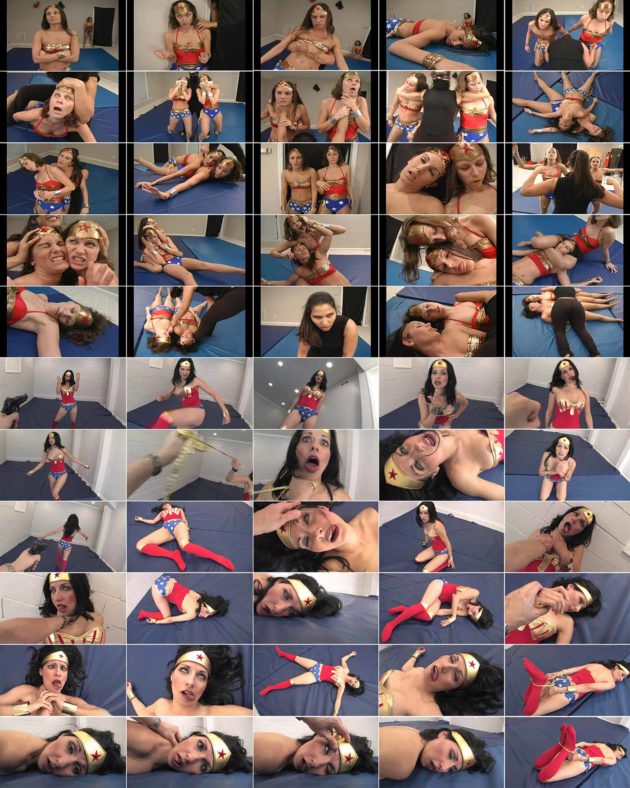 Part two: Wonder-girls vs Sapphire
In this classic custom, Serena and Devon play heroines constantly attacked and destroyed by the beautiful and powerful agent Sapphire)