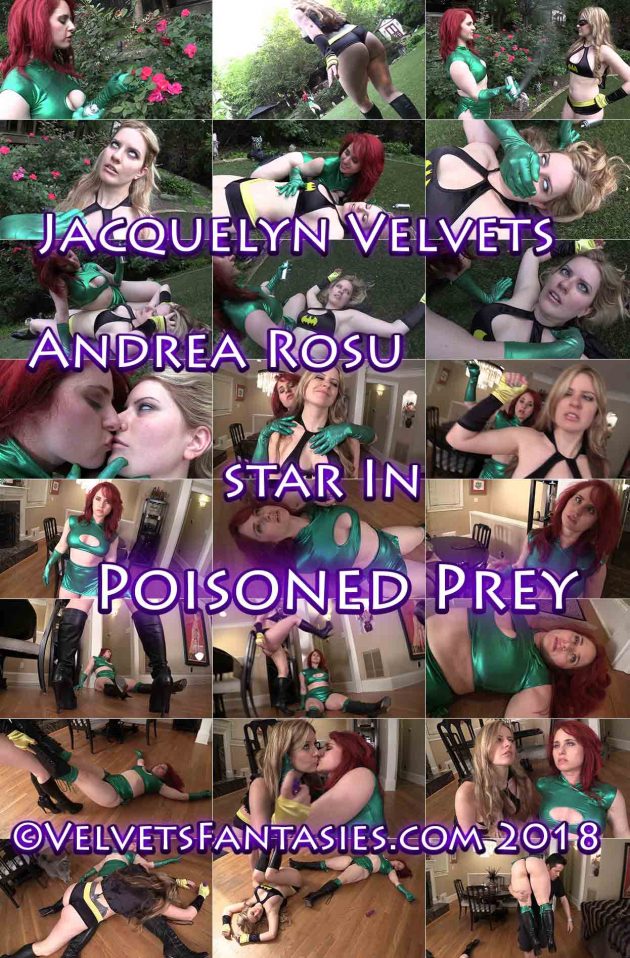 We fade in on the devious Poison Ivy (played by Andrea Rosu) as she waters her precious plants, cooing at them as a figure stalks her from the shadows. It’s Batgirl (played by Jacquelyn Velvets), but the do-gooder is quickly stopped by a dose of Ivy’s sleepy spray! The green-clad baddie unmasks her foe moments before watching her collapse to the ground, completely unconscious. Ivy caresses Batgirl’s limp body, playing with her limp limbs…only to send her back to Dreamland after she comes to. Batgirl’s mind slowly slips as Ivy delivers a deep kiss that turns the caped crusader into her willing slave! Ivy takes Batgirl into her lair but the heroine manages to break out of the spell and delivers a KO blow to Ivy’s face! Now in control, Batgirl delights in playing with Ivy’s limp body and sending her back out with a forced head smash into a nearby wall, stopping again to caress her prey’s skin. Batgirl starts to realize that her un-clean desires might be a lingering part of Ivy’s spell, but Ivy comes to and forces her into a final sleepy kiss. Batgirl struggles, using a nearby bottle of sleepy spray to send Ivy back to sleep…but it’s too late: the kiss has done it’s work, and Batgirl drops like a stone next to the plant-loving villain. We see Ivy’s henchman come in at the last second, picking her up in an over the shoulder carry and whisking her away to recover as our heroine lays sleeping on the ground! 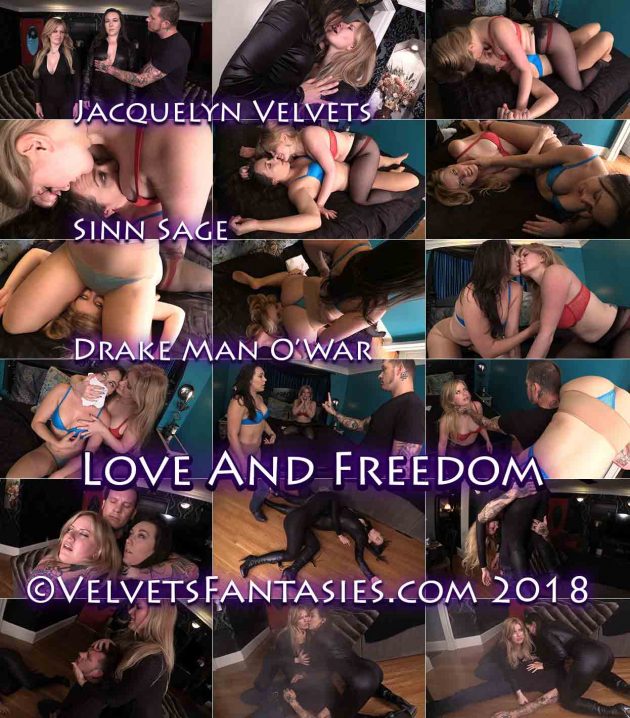 We fade in on devious bossman Drake as he oversees his favorite agents (Sinn Sage and Jacquelyn Velvets). It soon becomes apparent that Drake’s “hands on” approach to Sinn bothers Velvets, and when he leaves we see why. The two lock in a lover’s embrace, kissing and displaying a forbidden love. A nervous Sinn reminds Velvets how dangerous it is to play this way, but the two retire to their bedroom anyway. A playful and erotic knockout game erupts, with both ladies trying to outclass the other’s finely honed sleepy skills. A final double chloroform attack (and a follow up kiss) does both beautiful agents in, but when Drake discovers their activities, all hell breaks loose, leading to two unconscious ladies and a very disgruntled boss. Days later, the two find themselves in the middle of a mission, but Velvets has had enough. She tells Sinn to run away with her, but Drake appears…having listened to the whole conversation. He knocks them out with a double choke and tries to leave with Sinn but Velvets recovers and nails him with kick to the crotch. Furious, Velvets grabs Drake’s neck and snaps it like a twig. She awakens her stunned lover and the two embrace, relieved to finally be rid of their evil overseer. Their celebration is short-lived, however, as the room suddenly fills with a powerful gas that sends both agents back to sleep!!!