“Sentry Girls 55” and “A Collector’s Story 17” from Sleeperkid

Sleeperkid has released Sentry Girls: Session 55 and A Collector’s Story 17. 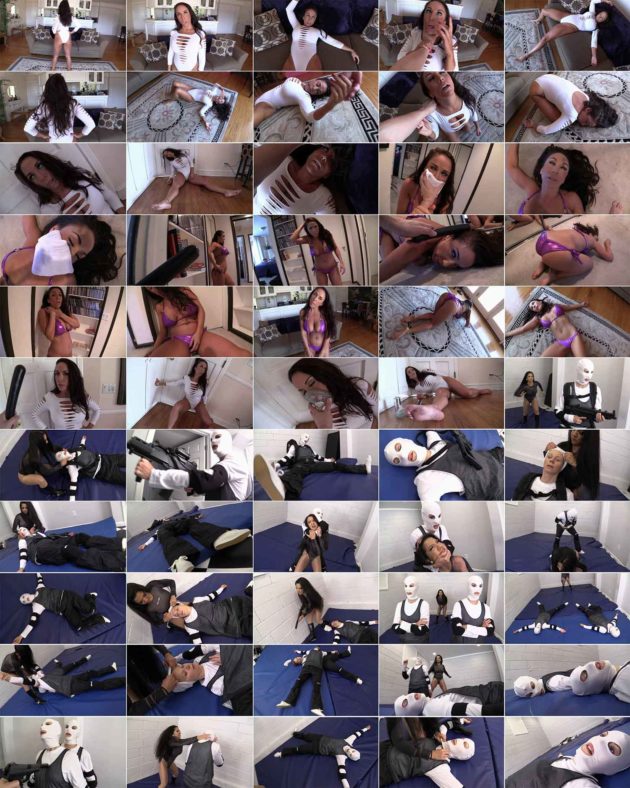 The entry in the Sentry Girls series has a little bit of everything! Gun play, KOs, POV action, and a ton of star power thanks to JEWELL MARCEAU, JINX, SERENA, and CASSIDY!!!

Our first clip features an appearance from one of our most popular West Coast guest wrestlers, the radiant Jewell Marceau! Jewell is your immediate superior is this POV virtual reality sentry removal scenario. She directs you to take out as many of the VR Jewell clones as possible. You proceed to make your way through the house, eliminating clone after clone with a wide variety of tactics before returning back to Jewell for a debriefing. However wise catch on that she is fact the last of the clones, failing to fall into the trap and proving you are indeed ready for promotion!

In our second scenario, Agent Jinx is in a race against time to infiltrate a compound and retrieve a data filled thumb drive. Standing in her way are a series of masked clones (Serena and Cassidy) that are in full tactical gear and well-armed. Jinx has to make use of all her skills to eliminate these clones and she does so in amazing fashion (including an AWESOME montage scene where she just obliterates clone after clone with a silenced pistol)

A time lapse shows that Agent Jinx has been at this for nearly three hours and she realizes that the explosives she planted to destroy the compound are about to go off. Luckily she retrieves the data drive just in time and makes a quick escape!!! 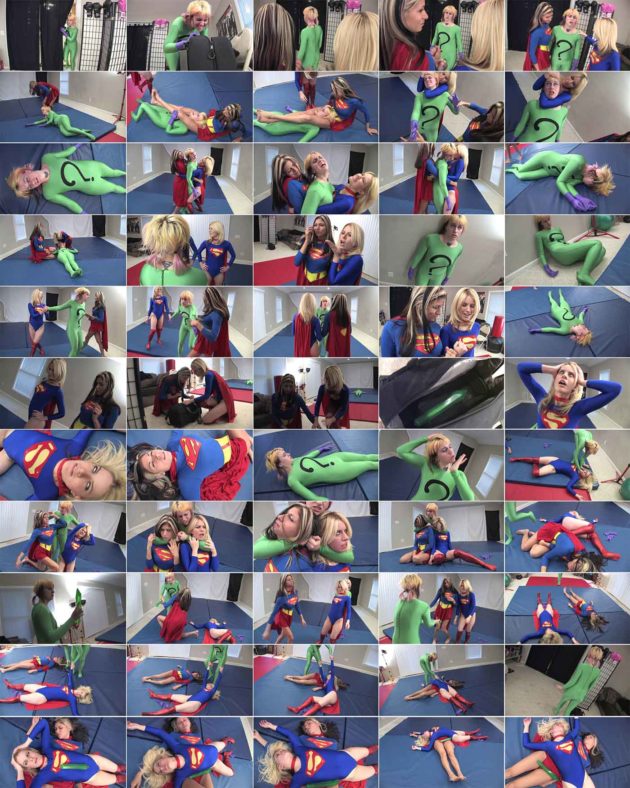 We return with another awesome edition of the popular “Collector’s Story” series that features Jessica Nova as the Riddler and Tara Bush and Jaquelyn Velvets as our superheroines!

As we fade in, the Riddler is trying to make off with case that obviously has something quite valuable inside. However, be she succeed in her getaway, there comes a tap on her shoulder. As the villainess turns around she is met by a double punch from our two lovely blonde heroines that knocks her cold!

Rather than take this thief straight off to jail, the heroines decide to have a little fun with her first. A headscissor from Tara followed by a Sleeperhold from Jaquelyn both put Jessica to dream land. From there the super duo decide to use some double team moves to knock her out, starting with a double bearhug, then the use of their super breath to send Jessica careening into the wall. A big double uppercut knocks Jessica out cold yet again.

With the criminal clearly out matched, the two heroines decide to see just what she was trying to steal and open the case, only to reveal a massive bar of KRYPTONITE!!!! The powerful substance robs both heroines of their powers and slowly of their consciousness as well! Our evil villainess recovers and gloats over the fallen do gooders as she snatches both of them up and uses a double sleeper to KO them once again before grasping the Kryptonite in her hand and utilizing it for a brutal double uppercut that lays out both heroines for the night.

Wait, is Tara Bush back? Anyone know?

No, that’s a really old video that he’s just now releasing. That location is like 2 apartments/houses ago.

Rats. Had my hopes up there for a second …