“Sentry Girls: Session 72” and “Fists of Nyssa” from Sleeperkid 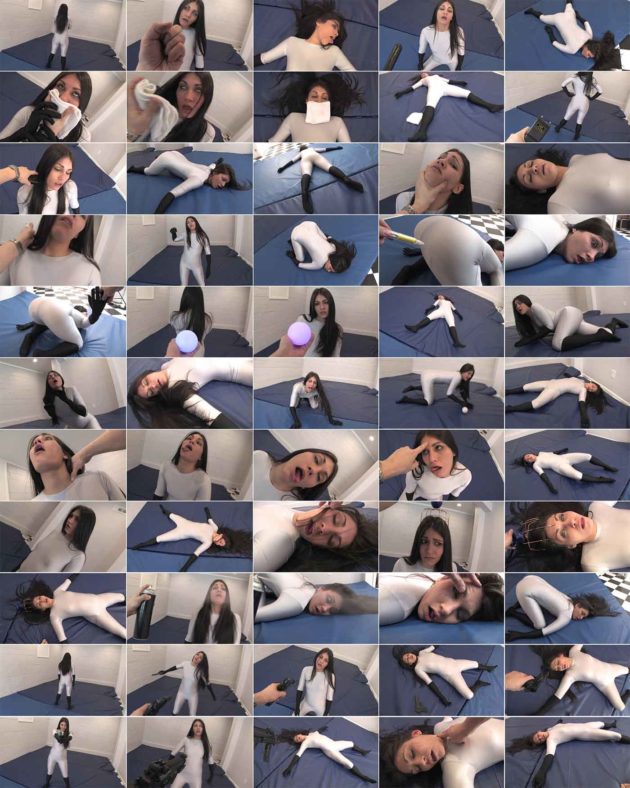 In this continuation of the Sentry Girl’s series, we get to an outstanding POV battle as you work your way through a small army of Jade Indica clones as you try to locate her boss! Utilizing a wide variety of sneak attacks, knock outs, and weapons, you eliminate sentry clone after sentry clone until you make use of a tranquilizer pellet machine gun to finish the last of them and we fade to black as you go off in search of Jade’s boss! 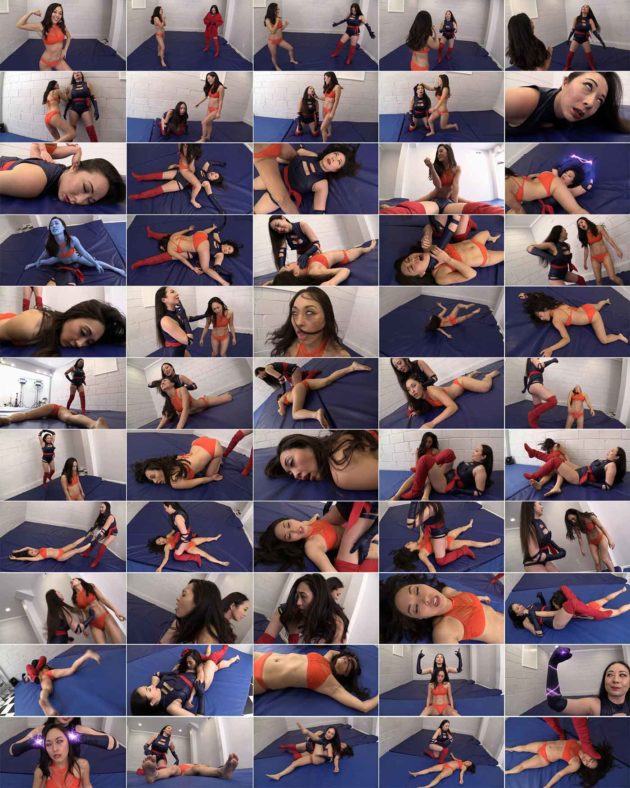 We fade in on the always lovely Sumiko looking hot as hell as she flexes and smile for the camera. It seems our favorite maiden of mayhem has been feeling restless and is in the mood for a fist fight! She goes so far as to issue an open challenge to anyone in the back.

It doesn’t take long for that challenge to be answered by Nyssa, who surprises Sumiko a bit when she drops her robe to reveal her “Psylocke” inspired attire. The two agree to a “Fists of Sumiko” challenge match, No Holds Barred and No Disqualification, with the winner being determined by a ten count pin.

As things kick off its clear that Sumiko is no stranger to this type of match as she takes control early, taking Nyssa’s breath away with a series of belly punches before driving her opponent against the wall and letting her knees continue to soften her up. The hits just keep on coming and after a running superman punch that knocks Nyssa to the mat and some mounted left and right hooks, it looks like this is going to be an easy win for Sumiko as she prepares for her famous “splits” pin.

However, before that final ten count can be achieved, it seems there is treachery afoot! Nyssa’s hands begin to glow with a power and within seconds our Asian beauty has been shocked (thanks to some genuinely dazzling special effects) into unconsciousness.

It seems Nyssa isn’t just some cosplayer off the street! No, she has real powers and now that she’s in control, it’s payback time. Nyssa proceeds to simply annihilate Sumiko with brutal punches, knees, and kicks! As if that wasn’t enough she proceeds to use Sumiko’s hair to repeated slam her head into the mat, leaving her a twitching ragdoll!

But wait….the worst is yet to come! Dragging poor Sumiko back to her feet she is forced to the wall where a massive belly shot not only knocks the air out of the once proud fighter but sends a fair amount of drool out of her as well! With Sumiko little more than a helpless lump at this point she is easy prey for Nyssa triangle choke (with a few jabs thrown in of course. After all, it IS a fist fight!)

Finally our costumed heel decides to take pity on her opponent, who at this point is literally begging to be put out of her misery. Kneeling behind the groggy Sumiko, Nyssa charges those powerful hands up again before smashing her fists together in an electric charged double temple drill that has Sumiko twitching like mad before she finally, and mercifully, fades into unconsciousness. All that is left is an easy pin and a humiliating boot on face victory pose for this super powered heel. Maybe it’s time for a “Fists of Nyssa” series?