Sleeperkid has released Sentry Girls: Session 73, which is available now. 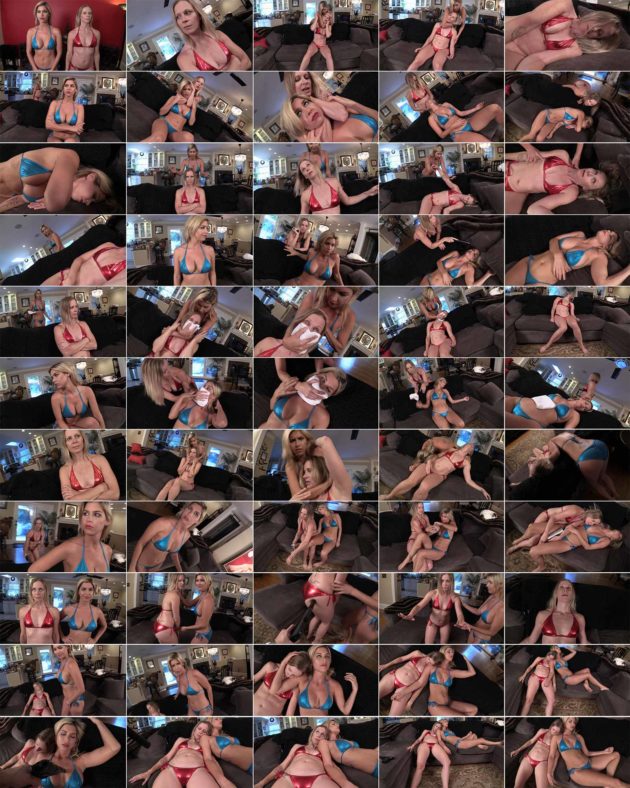 The longstanding Sentry Girls series continues in this awesome installment that also features the SKW debut of the stunning VIXEN as she takes on Serena! As we fade in, our two agents (who are apparently long time partners) are informed by their handler (Sleeperkid, appearing off screen) they are both up for a promotion and the Head Office has set up a Virtual Reality competition for them. Whoever can demonstrate a greater prowess in sentry removal will get the promotion.

What follows is an outstanding series of short scenes where each Agent takes turns stalking and removing her competition with a vast array of techniques and tactics ranging from sleeper holds and nerve pinches to chloroform, blackjacks, and “KO” inducing aerosol spray. Each KO is followed by each Agent performing limp limb checks to ensure her adversary is truly out!

After multiple rounds of KO’s, the Agents are informed that the Head Office had such a hard time picking a clear winner that BOTH of them will be promoted. However to exit the VR environment and move on, they both will require being shot with a tranquillizer dart. From the Handler’s POV each agent is put out again and checked to ensure unconsciousness before another round of tranquillizer to make sure the process takes hold. Our two sexy agents drift to sleep to awaken in their new roles.

This debut of Vixen shows just what a welcome addition she will be to the SKW roster and her chemistry with Serena is out of this world!!!