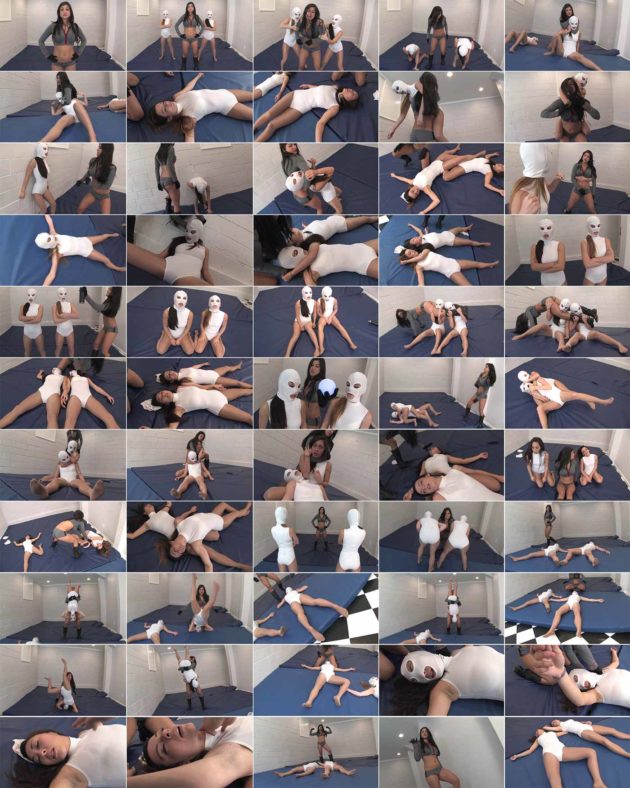 The deadly and beautiful Agent SAYA SAVAGE is one step away from a promotion within the SKW Corps that will see her take over leadership of the agency! But there is a still a final test awaiting her to prove she has the ability and skills! A series of VR simulations against two masked opponents in white (played by SUMIKO and AVERY) will determine if she has what it takes.

The VR simulation begins and the two sentries appear immediately to attack Saya but they prove no match for her as she flips them to the mat and eliminates one with a sleeper and snaps the other’s neck before unmasking them. Five more scenarios follow that see Saya dealing with sentries both directly and with sneak attacks before a final handicap pro wrestling style scenario that sees her utilize picture perfect piledrivers to eliminate them and earn her promotion! Saya strikes a victory pose and walks off, leaving SK to end the VR simulation as the sentries disappear!