Secret Heroine Films has released two new videos, Shadowcat: Big Mistake and Starlet: Bound, both of which are available individually or as a discounted combo pack.

Double video special from Secret Heroine Films. Starring Ashley Lane as Starlet and Pamela Voorhees as Shadowcat. Exclusively on SHG-Media, both videos come as a combo pack for a discounted price of $29.99. They can also be purchased separately at $19.99. 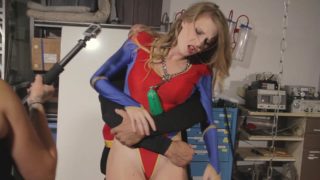 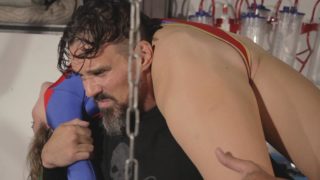 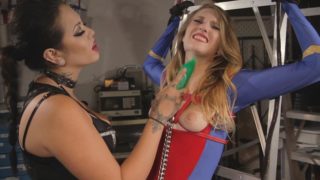 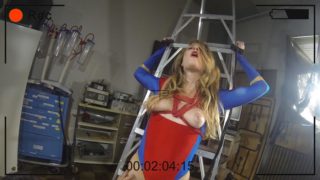 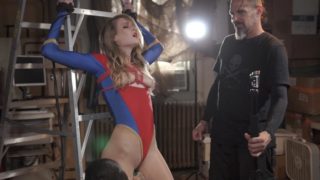 The amazing Starlet and the evil Viper have fought for years. Most of the time Starlet wins, and on occasion Viper is victorious. They seem destined to battle forever. That is until Viper comes up with a devilish plan. Trick Starlet to battle both her and Cobra on camera and then defeat her in humiliating ways! That way everyone will know how to defeat her. Starlet accidently opens a case filled with green Krystinite and Viper uses it to break her down. Delivering a barrage of punches and kicks to Starlets now soft body. Starlet cant stand the touch of Krystinite being rubbed up and down her tits and ass. Both front and back bear hugs. Cobra picks her up for a painful torture rack and then Viper pulls down Starlets costume and ties her up. The rope tied tight across her naked body. Then ending the battle with a forced orgasm that nearly kills Starlet when Viper rubs the Krystinite on poor little pussy. 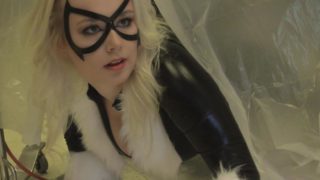 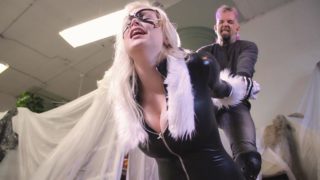 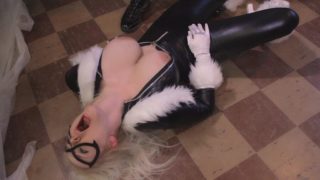 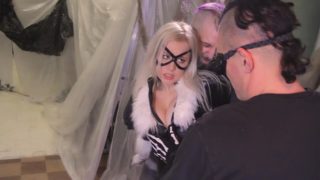 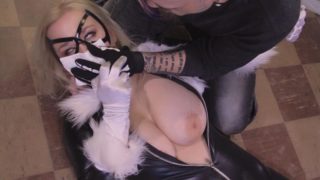 Two dumb brutes barely got away after robbing a bank. Thinking that they’re in the clear, they both relax and one falls asleep next to the money. Shadow Cat is a crafty heroine and saw this coming. Waiting for her moment, she takes the money and tries to escape. One of the brutes wake up and they go toe to toe. They exchange blows, but Shadowcat is just too skilled for hand to hand combat. The tides turn when the other brute walks in and they both gang up on poor Shadowcat. Taking turns on her with the beat down. They each deliver a bear hug and then stretch her out with a torture rack. Of coarse in the end, they have to feel her up. Shadowcat struggles and fights but no matter her skill, she cant take down both at the same time. After fondling her enormous tits and tight ass, they KO Shadowcat and take her to their boss.

is there sim sex in either video?

Is Ashley actually naked in this one? I’ve noticed quite a few of your videos have words like “naked”, “nude” and “nudity” in the description, but the models only ever go topless.

Im not sure if Ive ever released a video where they go full nude. (Top and bottom.) Ashley is topless in this video.

I have some unreleased videos that will come out soon that will be full nude. And thats how Ill label it, “Full nude”

Really liked the first Shadow Cat video, will buy this one this later for sure. I find black cat super sexy so seeing the character in SHIP videos is great news, certainly want to see more of it instead of wonder woman and supergirl inspired characters

I feel like the actress playing Shadowcat has the best reactions to being taken. Not sure why, but I think it’s the way she doesn’t moan constantly and the way her mouth opens wide. I love it!

Loved the shadowcat vid, but Am I the only one thinking they could of done a scene where they do like a backbreaker move then unzipped her and put a bullet vibe in her to make it harder for her to fight back. Similar to what primal did in lauren philips video as batwoman or in the exhibition. Ps i love the video

I have to join in on the praise for the Black Cat costume. It’s very sexy and it’s return is more than welcome. Looks like there could be a spanking scene in there. Does it have any length to it, or is it just the one slap? I think either way, you’ve got a sale here.

Finally another shadowcat. I loved the low blow from the first one. One of the best reactions ive seen in the genre. She needs to be featured in a low blow heavy film.

Is Ashley not gagged in Starlet: Bound?

Thanks. That’s a shame.

Ill remember to gag her next time 😉