“Shot Out Of Luck” from Jacquelyn Velvets

Caroline Pierce and Sleeperkid star in Shot Out Of Luck from Jacquelyn Velvets. 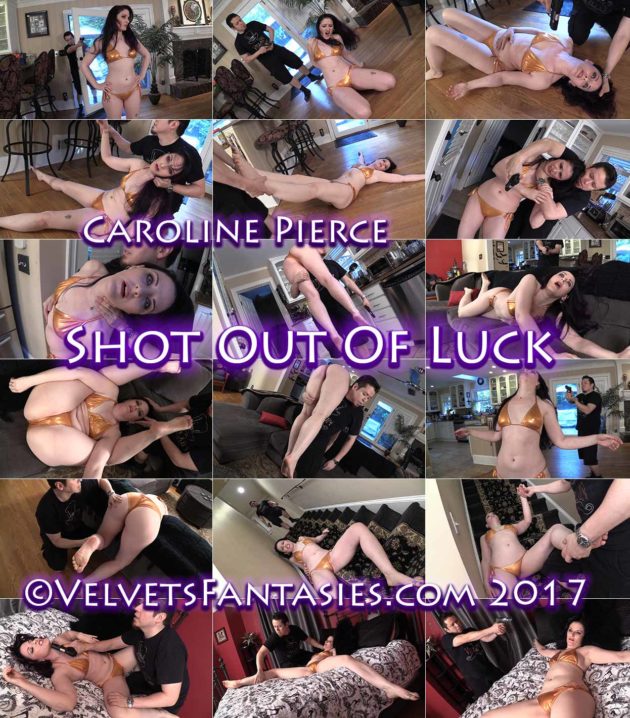 Agent SK has been sent into a top-secret lair to liquidate a small army of clones…all of them carrying the DNA of the evil Caroline Pierce. Using only his handgun, SK makes his way through clone after beautiful clone…each one clad in a golden bikini and offering defiance when he takes them down. Shots fly and slice into copied flesh, the clones grabbing their bellies and/or backs in pain. Then the finishing coupe de graces arrive. Mostly to the head and chest. Simple and effective. SK carries/drags their limp and lifeless bodies off until he finally makes his way to the ORIGINAL agent Pierce. She attempts a takedown but his skill is polished and deadly. A final set of shots on a bed end it all for agent Pierce, moments before her adversary carries her off while dreaming of a massive and long overdue promotion at the agency…