“Shot Through the Heart” and More from Jacquelyn Velvets

Jacquelyn Velvets has released three new videos: Her First And Final Mission, Immerse Yourself: with Poison Ivy, and Shot Through the Heart.

Her First And Final Mission 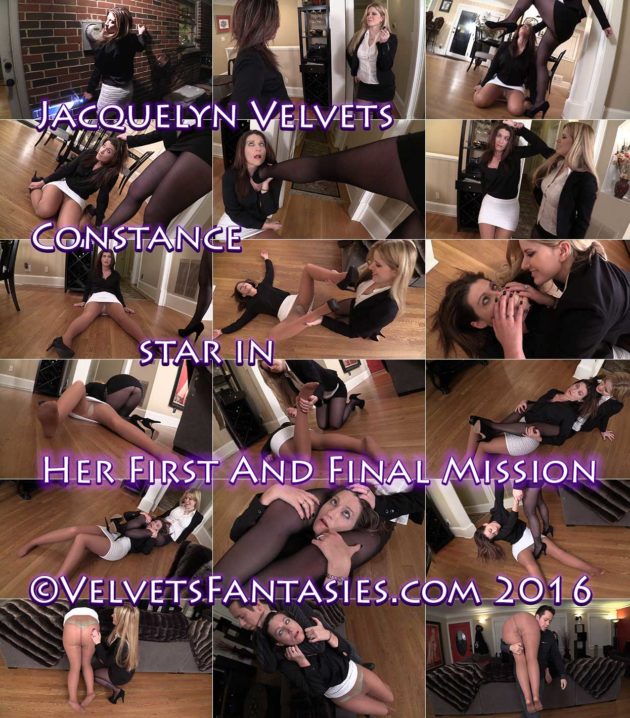 A new secret agent (Constance) sent to retrieve a flash drive filled with important government files. A seasoned badass (Jacquelyn Velvets) using said drive as a trap to lure Constance in! It doesn’t go well with Agent Constance, as moments after she attempts to break into Miss Velvets’ lair she gets confronted and BEATED DOWN by the rival spy. Miss Velvets destroys Constance with knees to the belly and face before slowly choking her out against the wall. Miss Velvets continues her torture, waking Constance up (after some ragdolling) and knocking her out yet again with a hand over mouth smother, scissors (with an emphasis on Constance’s pantyhose-clad legs as they kick and squirm), and a final neck chop that leaves the over-matched agent out cold over the couch. Moments later one of Miss Velvets’ co-agents (SK) comes in to take Constance away, but not before putting her out with a perfectly applied sleeper hold. He easily carries the agent over her shoulder and takes her away for a night of re-programming as we fade to black.

Immerse Yourself: with Poison Ivy 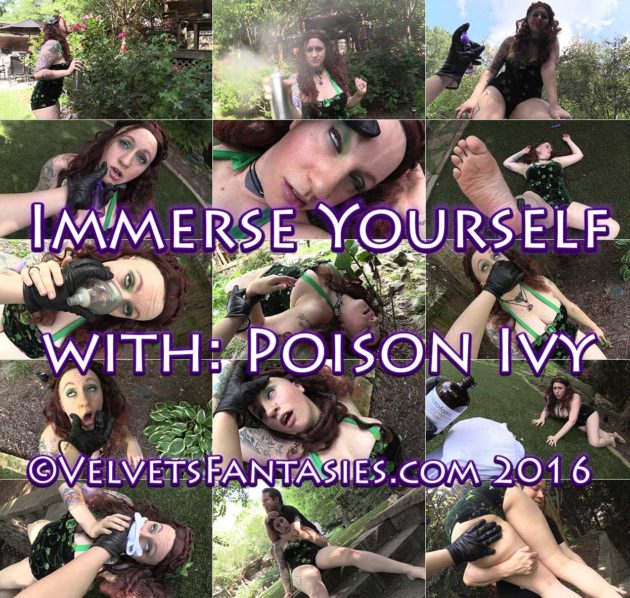 Jessica Nova stars as the bewitching Poison Ivy. You star as one of her enemies, and this time you’re armed and ready to take down this deadly dame in her natural habitat. You slowly sneak up on the unsuspecting villainess while she tends to her garden, and much to your surprise she is able to take you down to the ground with her own concoction of spray that she used on her plants. It weakens you, but your weapons are much stronger, and you whip out your trusty sleepy spray that sends Miss Ivy into a woozy frenzy right into dreamland!

Once you’ve gotten “The Poison One” knocked down and out a few times with various implements, you call in for some hired help to carry her away and away from her elements. You’re going to be sure that this evil do-er won’t forget that crime doesn’t pay!

Shot Through The Heart 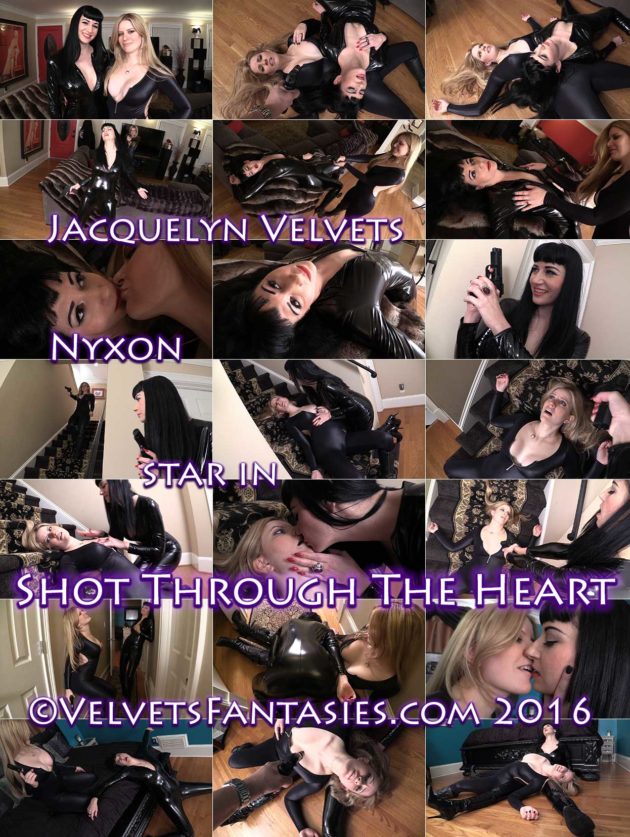 We fade in on agents Nyxon and Velvets as their boss speaks to them from his POV. The ladies have refused to work with anyone else but each other for years, leading everyone in the agency to suspect a love affair…one the boss wants to put to the test with a virtual reality battle pitting the lovers AGAINST each other! The ladies complain, eventually agree, and are suddenly struck with bullets from their boss designed to simulate death but are actually essential to the VR process! The girls writhe and moan in a pile until the boss puts them down “for good”.

Moments later we fade in to the sexy agents in the middle of the VR session, taking turns stalking and shooting each other. They watch each other writhe and moan, hips bucking and legs squirming before granting their prey’s wishes to be put out of their misery. And then there’s the soft caresses and loving kisses that come pre/post “death”, and even a double kill in the hallway. A final seduction/betrayal scene caps this amazing clip off, with the boss man coming in to finish the job after Miss Velvets unsuccessfully tries to “off” herself in order to exit the mission!

This one’s a must have for fan’s of babes, bullets, skin tight cat-suits, and sexy action!