“Sunder Family Ties” from The Battle for Earth

The Battle for Earth has a new video in the works — check out more information about Sunder Family Ties below. 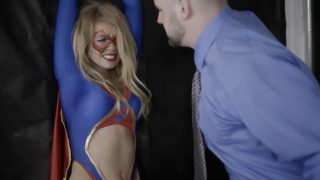 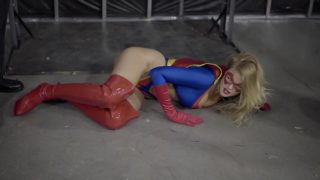 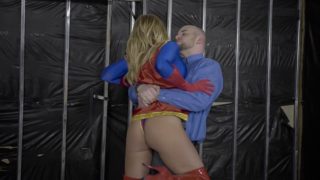 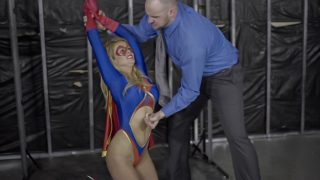 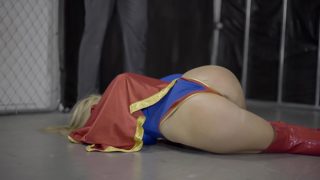 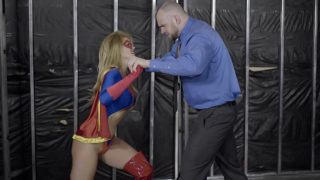 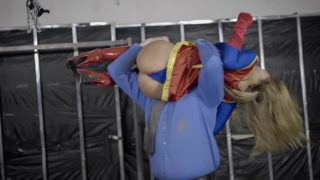 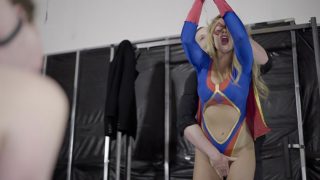 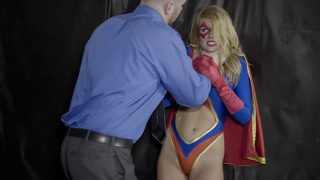 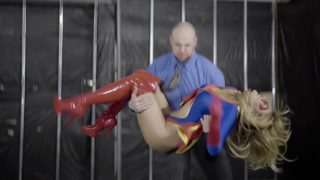 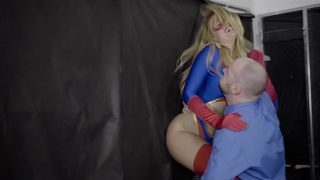 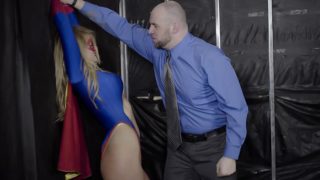 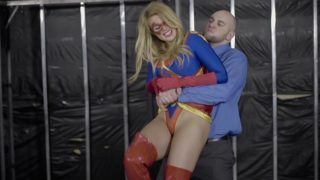 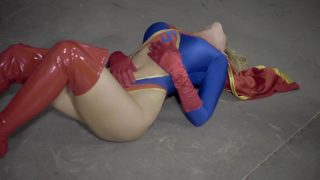 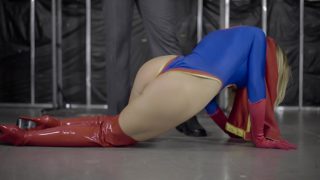 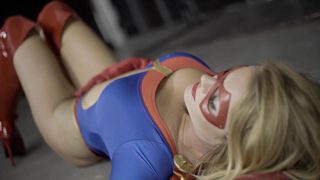 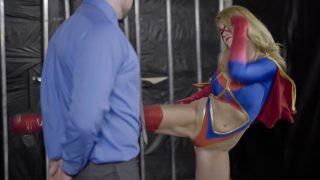 After recently assisting the FBI in the capture and conviction of crime boss Peter Verruckt, Sunder relaxes at home with a glass of wine. Out of nowhere, the frightened sounds of a female in distress can be heard coming from her laptop. Curious, she opens the screen to find a live stream of her sister, restrained and petrified. A processed voice gives her an address and 10 minutes. At once, she transforms to her power suit and leaves to find the assholes who would dare disturb her family’s peace. Upon arriving, she’s greeted by Nikolai, a hired Russian thug with no respect for anything, and Mylo Verruckt, the aforementioned criminal’s brother. Suggesting that Mylo is unhappy is an understatement, and he wants nothing more than to humiliate and destroy Sunder. To even the tables, he’s fixed a garrote to Ella’s (Sunder’s sister) neck, and threatens to push the remote if Sunder chooses to use her powers. Confident Sunder will have her hands full with Nikolai, he leaves to allow Sunder to experience pain and defeat at the hands of the sociopathic Nikolai. With her powers, it would be a slam dunk, but can Sunder survive Nikolai’s onslaught, and what will Mylo do to her once she’s been physically beaten?

Purchase this video at The Battle for Earth or SHG-Media

Why no Gorilla Press in so many of these videos? That is my favourite move to see especially when a woman gorilla presses another woman! So how abut a huge black woman to gorilla press a cute white blonde super girl, that would be awesome to see!

So I’ve been having TBfE withdrawals. No release in February?! What’s on the horizon Allen? I gotta get my heroine fix!

Right! What’s in the pipeline? Keep checking their site 🙂

panthose/barelegged, mask removed, transformation, number of low blows, etc. Pretty soon all this is going to be the least of our worries.

Is her mask removed ?

The bar has been raised.
Best reaction (almost ever) to verbal action….” what would you do!?!”….
…to all involved ya got it RIGHT

You just struck a nerve…how about Solaria gets turned evil. Sunder goes looking for Solaria to salvage her best friend since she already lost her sister. And then Solaria attacks and systematically destroys Sunder! Oh man, the possibilities!

Sunder is as good as it gets. Incredible costume and heroine character. Hope to see more vs a female villain possibly. Please, more from this heroine ! Tremendous job.

Does she at all get into it? Would love to have a heroine actually begin to enjoy being sexed up and talk dirty back to the villain. MY HOPE for a future TBFE or Rye caliber video: Perhaps in the Amber as Ms. Marvel (in the black costume…?). Or perhaps Blair as Solaria or Redwing. It could be set up as the heroine, having been pounded by the villain in a previous encounter, begins to have sexual fantasies (a few fantasy sequences are shown, with the heroine (in costume) on her couch playing with herself until she cums. But the… Read more »

Some internal monologue, I can’t remember 100% but I don’t believe Sunder talks dirty or curses.

Just curious but can anyone tell me if there is any internal monologue? And does Sunder talk dirty or curse at all?

Best outfit and best actress in my opinion! Great movie! Hoping for more in the future

Thoughts as I watch:

-Love the little outfit Amber’s wearing as she does yoga
-Her Sunder outfit is really really attractive, and the fight scenes were well done!
-I like the test at the end and the way it was phrased as a “release” to tie it back to how the guy’s brother won’t see release from prison.

That is one of the hottest looking outfits I’ve seen! Fits her nicely!

Really looking forward to this! Literally was thinking, “hmmm, wish there was more Amber McAlester stuff” earlier this week and then this gets posted!

Fifthing the Ms Marvel request and seconding Sugarcoater on the hair volume aspect.

Sunder’s costume does look great though. Nice change from the traditional one piece leotard look.

“Fourthing” the suggestion for the black Ms. Marvel outfit for Amber (or Cassify or Gigi). Preferably a shiny material that is high cut.

Thirding the Ms Marvel comments. That costume is criminally underused in this entire genre, and Amber is an ideal candidate to be using it.

I’ll second Andrew’s comment: Amber needs to be in a Ms Marvel costume!

Also, are there KOs? If so, what kind/how many? Looks incredible!

Held off buying the last release because I wasn’t a fan of the actress but I will buy anything with this one. I would love to see her as the black costume Ms Marvel.

Seems more or less all AOH, plus the girl tells me nothing…I’ll pass.

Amber is the hottest model in this genre! I wish she would do nudity, if so she would be the best EVER!

Allen would you ever consider doing like a female Punisher type character? Amber (or Coco if she came back) would be perfect!

Looks hot. I’m bummed Stella isn’t in costume getting trashed though. Maybe in a future video?

And Amber looks so damn good in those heroine outfits. Allen and Rye have done some awesome work with her!

Thanks Allen! And OMG Stella, way to make me fall in love all over again (and again and again!!)

It’s pretty safe to say at this point that TBFE has surpassed the master to become the best in the genre. He just gets the genre and the fetish, something I think a few have forgotten. Bravo man!

Two comments on this one…. So Amber Amber McAlester super!! (no pun intended), but who plays the sister, should I know this?? She’s cute!