“Supergirl’s Prey” and More from Sleeperkid

Two new videos from Sleeperkid: Supergirl’s Prey and The Barrel and the Blade 8. 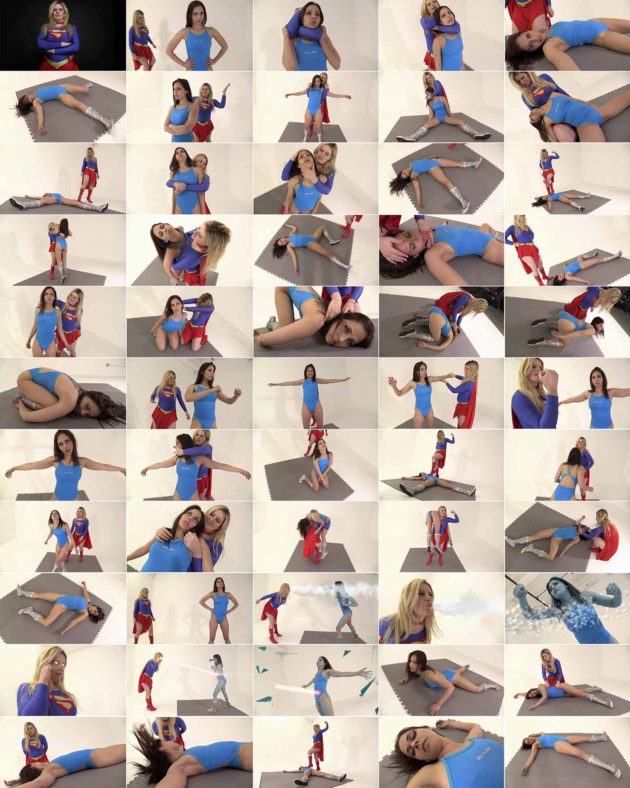 We fade in to Super Jacquelyn receiving verbal instructions from her superior. Since Super Jacquelyn is to embark on a mission to take down the Evil Brainiac, it’s been decided that to fine tune her abilities she will be training using a virtual reality program. The program has several clone villains (Cali Logan) that she must take down completely in preparation for her battle in the kryptonite ridden warehouse operated by Brainiac.

This clip is similar to previous clone videos as far as the ‘bones’ of the clip. However, the involvement of some killer special effects coupled with the flawless Cali/Jacquelyn combo makes this one unique in all the best ways.

Jacquelyn starts her virtual reality mission taking clone Cali out with a sleeper hold. Cali is all eye rolls and slow, slow consciousness expiration in the arms of Super Jacquelyn. Following the inevitable KO, Jacquelyn sets the tone for the remainder of the one sided bout with a resonating neck snap that leaves Cali lifeless and twitching.

Following several clone take downs and disposals, clone Cali does turn towards Super Jacquelyn to mount a defense. Her efforts are completely useless, as Jacquelyn only has to resort to her super powers. Clone Cali is first frozen by ice breath, turning completely blue head to toe, before a snickering Super Jacquelyn offers to ‘warm her up’. Using laser vision, Jacquelyn not only melts but literally explodes the ice fragments off of Cali, who topples to the floor. Not wanting to further dirty her hands, Jacquelyn utilizes her powerful breath to deliver a final, hands free neck snap. Now, she’s off to save the world…

The Barrel and the Blade 8 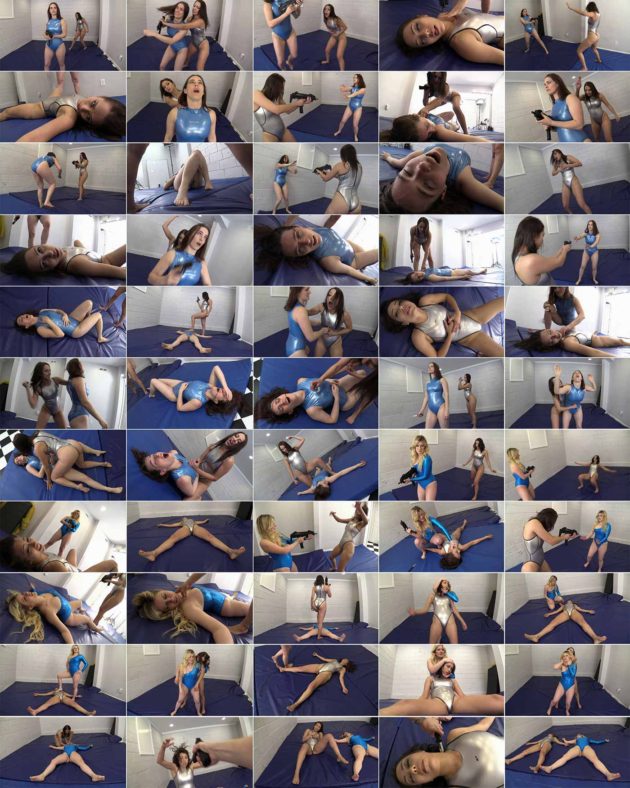 Coco is up for a promotion and must battle sentry clones in order to gain the position. Eva Destruction begins as clone #1, with a special appearance later by Jacquelyn Velvets in a ‘bonus round’.

Coco goes through a rigorous clone battle showcasing machine guns and pistols, although knife attacks and traditional offensive moves are used to incapacitate the clone (or Coco herself, when the clone gets the upper hand!). The clones in this clip aren’t defenseless: they are able to and subsequently DO get some points against Coco, and brutally!

All three ladies are subject to numerous shootings, stabbings and neck snaps. Their reactions are sultry and sexy as they expire amidst the brutal tactics used. Coco, Eva and Jacquelyn spend ample time begging for their lives before the final blows are delivered.

Coco wraps things up by completing her bonus round and learning that her points tally up and show her as winning the game. Her boss (SK) informs her that the job promotion is hers, and asks if she’d like to leave the game. It’s obvious that Coco does, but when SK implores as to whether she knows the ‘way out’, a confused look passes her face right before she’s shot POV by the boss. Coco is lying, writhing in sexy agony when SK delivers a final neck snap and a ‘whoops’…