“Super Battle 2” and “The Clone Ambush” from Jacquelyn Velvets

Jacquelyn Velvets and Serena Voxx star in The Clone Ambush, and Sumiko joins them in The Super Battle 2, available at Velvets Fantasies. 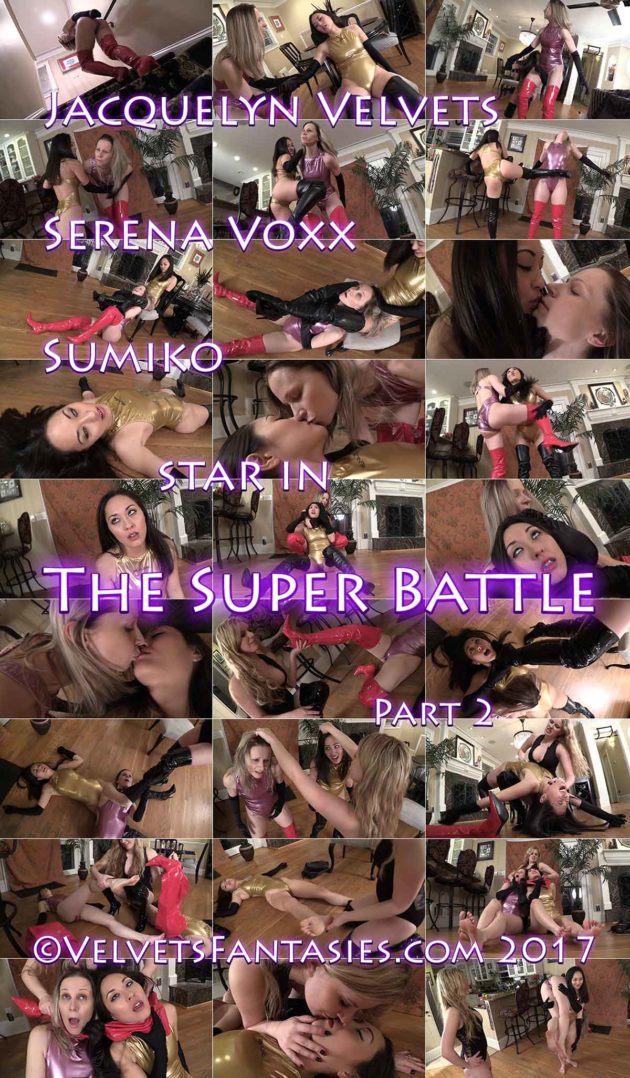 Super Sumiko captured by the evil Black Velvets? It cannot be! At least, that’s what drives Super Serena to break into Velvets’ lair to save her dearest friend, who she finds unconscious on a chair. She quickly wakes her downed partner up and tries to make a break for it, but a sly grin suddenly crawls over Sumiko’s face as she suddenly attacks Serena with a low blow to the crotch. Stunned, Serena realizes Sumiko’s been brain-washed, and a battle between two former comrades ensues! Sumiko knocks Serena out cold, only to take a face kick KO from Serena after going in for a devious kiss. Serena does the same, reminiscing about their “old days” as she manages to pull Sumiko out of her trance, seconds before BLACK VELVETS appears and sends Serena to Dreamland with a boot to the face! The evildoer proceeds to wreak havoc on the two heroines, repeatedly knocking them out and peppering their lips with soft kisses as she delights in their torture. Finally satisfied, she puts Sumiko back under her spell with an extended and magical kiss, ordering her to over the shoulder carry the unconscious Serena to a brand new holding cell! 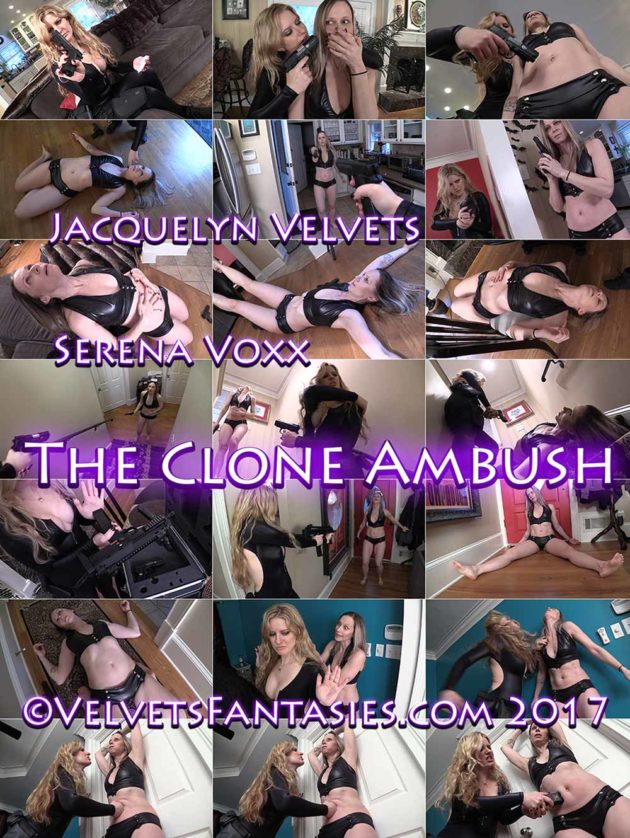 The stunning Agent Velvets’ day off is suddenly interrupted when she receives a warning call from her boss. Her home is seconds away from being overrun by a platoon of clones, all created from the DNA of the lethal and lovely Serena! A smiling Velvets has a blast tormenting each intruder, however, sending the ladies to the afterlife with several well placed handgun (and eventually machine gun) shots to their sexy navels. Each version of Serena moans and writhes in pain, arching their backs as they slowly fade…much to Jacquelyn’s delight! A final twist leads to Agent Velvets finding the original Serena in her bed room, setting the stage for a final and epic belly beatdown via perfectly aimed punches and a lethal barrage of electricity from Miss Velvets’ trusty tazer that ends The Orginal’s existence!

Another job well done…from the deadliest assassin on the planet!